Is Nancy Pelosi greasing the skids for impeachment ... of Barr? 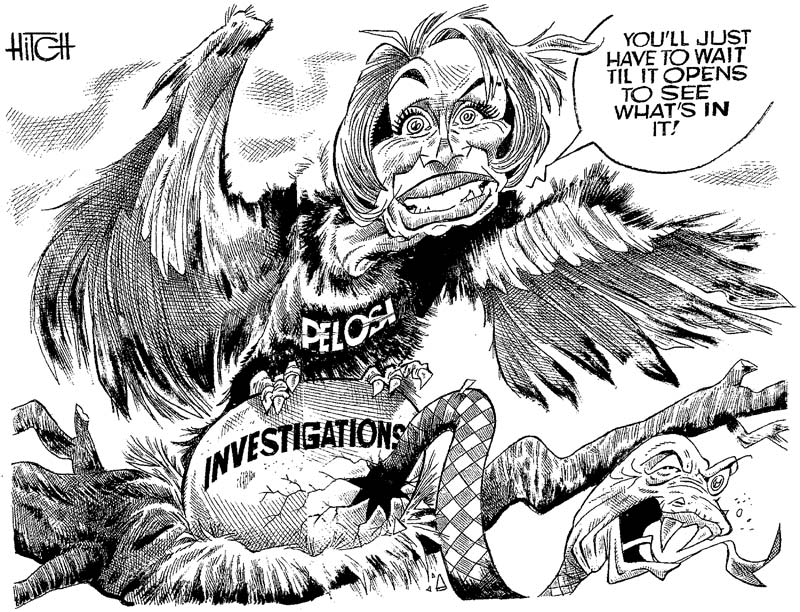 A week ago, House Speaker Nancy Pelosi, D-Calif., made clear she didn't want Democrats to consider impeaching President Donald Trump, even after the release of a damaging special counsel report.

But this week, she and her Democratic colleagues sound like they could be gearing up for an impeachment fight. Not of Trump, but of his attorney general.

Rep. Jerrold Nadler, D-N.Y., the chair of the House Judiciary Committee which would undertake any impeachment proceedings, used equally strong language Thursday to talk about the Trump administration. He said that nothing less than America's system of government is at stake right now as he threatened to hold Barr in contempt of Congress for not showing up to his committee's hearing Thursday and for missing a deadline to hand over the unredacted report, written by special counsel Robert Mueller into Russian election interference.

"He's trying to render Congress inert as a separate and coequal branch of government," Nadler warned. "If we don't stand up together, today, we risk forever losing the power to stand up to any president in the future."

Two of the most powerful Democrats in the House just accused the nation's top law enforcement officer of a crime and warned that the Trump administration's stonewalling of Congress threatens America's democracy. The language they used conspicuously echoes the "high crimes and misdemeanors" bar for impeachment of an executive branch official. And Pelosi is well aware that her words will electrify an already politically charged environment, where some Democrats want to impeach Trump, like, yesterday.

If Pelosi and Nadler were inclined to give Barr any leniency, he didn't help his case at a hearing Wednesday in the Senate. A defiant Barr continued to mischaracterize or downplay key findings in the Mueller report that are damaging to Trump.

Pelosi's accusation that Barr lied to Congress comes from his testimony in March that he wasn't aware that Mueller's team had concerns about his public summary of the Mueller report. But we now know Barr had at the time received a memo from Mueller saying he thought Barr's summary of the report "did not fully capture the context, nature, and substance" of his investigation. (Barr split hairs Wednesday in the Senate by telling lawmakers there's a difference between knowing what Mueller's team thought and what Mueller himself thought.)

After that hearing, a number of Senate Democrats and 2020 presidential candidates called on Barr to resign, including former vice president Joe Biden. It suggests, said constitutional expert Josh Chafetz, that the center of the party is very much open to impeaching somebody in the Trump administration.

Pelosi has made clear that she won't support impeachment of Trump, at least for now. But by accusing Barr of a crime and threatening to hold him in contempt of Congress, she's signalling a willingness to do something to someone close to Trump. Plus, Barr is a proxy for the president right now. For many congressional Democrats, he's a symbol of Trump's intransigence to work with Congress on anything.

Trump is currently suing, stonewalling and ordering his administration to fight subpoenas in an effort to block half a dozen congressional investigations into him. That's not normal. And it's got some Democratic lawmakers and analysts wondering if Pelosi may be backing up into a corner on impeachment.

She's urged her caucus to continue investigating him without using the other "i" word, lest it turn off swing voters who helped Democrats win the House of Representatives in 2018. But if Trump won't let Congress investigate him, what other choice does Congress have but to consider impeachment of him and/or the president's Cabinet members?

Pelosi may have acknowledged as much on Thursday by opening the door just a little bit to impeachment talks.