What is Vladimir Putin afraid of? 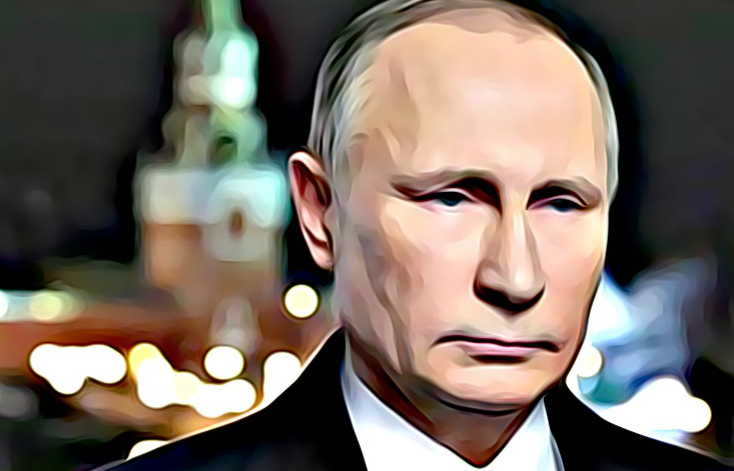 
His party won the 2018 elections with 77 percent of the vote. He has consolidated his control of the Russian media. Most of his rivals have either died or been driven into exile. Now he can deploy his country's wealthiest oligarchs to pursue the Kremlin's agenda — just as he did after U.S. President Donald Trump won the 2016 election.


So why is the Russian president so scared?


One might think an autocrat who has rigged his nation's political rules to stay in power would have little to fear from dissidents. Allowing a nominal opposition might even have benefits, such as relieving economic pressure from the U.S. and its allies in the West and making it easier for his henchmen to spend their fortunes.


Nevertheless, Putin remains afraid of dissent. Consider a report released this week by the Coalition to Free the Kremlin's Political Prisoners. Composed of a dozen Western and Russian non-governmental organizations, the group found that as of March 25, Russian jails held 236 political prisoners. That is more than five times the political prisoners Russia held in 2015, when the total was just 46.


At a press conference Monday, exiled opposition leader Vladimir Kara-Murza provided yet more perspective for that figure. When the famous physicist and dissident Andrei Sakharov won the Nobel Peace Prize in 1975, he claimed the Soviet Union held 176 prisoners of conscience. It's extraordinary to think that today, nearly 30 years after the collapse of the Soviet Union, Russia holds one-third more.


Today's Russian political prisoners include journalists, activists and lawyers. Some are falsely charged with serious crimes such as murder and embezzlement. Others are in jail for their tweets.

In November 2017, for example, Yan Sidorov and Vladislav Mordasov were arrested for trying to organize a protest of their regional government. They have been in custody ever since, and the report says Mordasov has suffered multiple beatings. There is also the case of Oleg Sentsov, a Ukrainian filmmaker and critic of Russia's annexation of Crimea. He was sentenced to prison for allegedly plotting terrorist attacks and belonging to a Ukrainian nationalist group, an affiliation denied by the group itself. He confessed to those crimes after being tortured, according to several human rights groups.


Natalia Arno, the president of the Free Russia Foundation (a member of the coalition that produced the report), told reporters this week that the spike in political prisoners raises questions not only about the Russian state but also about its leader. "What is Vladimir Putin afraid of?" she asked. It's a question governments looking to counter Russian aggression might want to ask as well. Putin may project strength and daring, but he doesn't trust his people enough to let them hear any of his critics.