Libs should blame Clinton rules for Mueller's frustrations with Trump 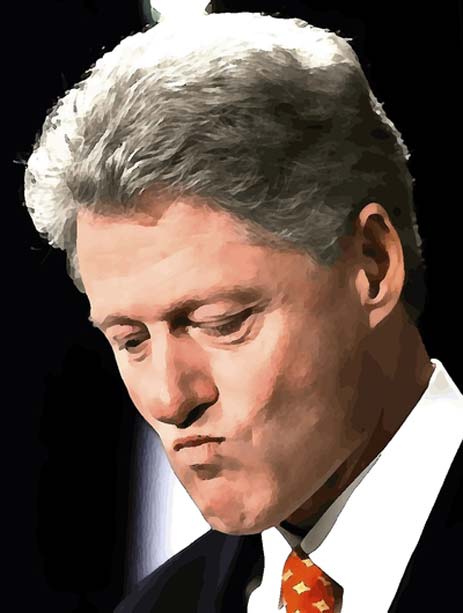 It's easy to blame Attorney General William Barr for distorting special counsel Robert Mueller's report when he summarized it before its release. Even Mueller apparently blamed Barr in a private letter that has now been leaked.

But there's something dissatisfying about blaming a scorpion for being a scorpion. Of course Barr took advantage of his opportunity to distort the report. He took his job to protect President Donald Trump.

The question is, why did Barr get a chance in the first place? And the answer lies in the special counsel regulations, produced in 1999 by Janet Reno's Department of Justice under Bill Clinton's administration. The regulations give the attorney general the golden opportunity to shape public perception of a special counsel report by issuing a summary of the report's findings.

Indeed, so powerful is the attorney general under the regulations that the nation's chief law enforcement officer - who, let us not forget, is appointed by the president and answerable to the president doesn't even have to release the special counsel's report at all.

If you want to blame someone, or something, for Barr's sleight of hand, the proper target is clear: blame the regulations.

But why, you may ask, were the regulations drafted with such a huge and potentially fatal hole in them? Surely it must've been obvious to the Reno Department of Justice that creating a process that subordinated the special counsel to the attorney general appointed by the president was an invitation to manipulation.

Of course the Department of Justice lawyers who drafted the regulations realized this. The deference the regulations afford to the attorney general isn't a bug. It's a feature.

Remember that these regulations, on which Democrats have placed so much hope over the past two years of Mueller's investigation, were drafted about the time when President Clinton was being tried by the Senate after being impeached by the House of Representatives.

According to the orthodoxy believed by Clinton administration Democrats at the time, the true cause of president's impeachment wasn't the fact that he had a sexual relationship with a 22-year-old White House intern and lied about it under oath.

In the minds of Clinton loyalists, the blame for Clinton's impeachment lay squarely with independent counsel Kenneth Starr - and the report that Starr submitted to Congress, which amounted to a road map for impeachment by the Republican House.

Starr wasn't operating under today's special counsel regulations. His investigation was governed and structured by the independent counsel statute, which expired in 2000. That statue gave Starr both legal and practical independence from the Department of Justice, and removed him from supervision by the attorney general altogether.

Drafted after the Watergate scandal, the independent counsel statute represented a state-of-the-art mechanism for insulating an investigation of the president from pressure by the executive branch. Insofar as that was its goal, the statute worked perfectly. Had Clinton wanted to threaten Starr throughout his investigation, as Trump threatened Mueller, he couldn't have done it. Clinton lacked the legal authority to fire Starr.

If this sounds a little strange - an independent counsel not answerable to the president or federal law enforcement the Supreme Court nevertheless upheld it by an 8-1 vote in the 1988 case of Morrison v. Olson. Only Justice Antonin Scalia thought that the constitutional separation of powers was violated by a law that put the president's investigator entirely outside the executive branch.

For the drafters of the special counsel regulations then, the goal was to create a mechanism that would still allow investigation of the president, but would prevent future Starrs from going on what the Clinton administration perceived as witch hunts against future presidents. Putting the special counsel under the supervision of the attorney general was the centerpiece of the strategy.

Allowing the attorney general, not the special counsel, to control the initial public narrative around the special counsel's report can be seen as a direct response to the effect of the Starr report. The attorney general's authority to summarize the report's findings, and even suppress the report altogether, fits neatly into the reactionary structure of the regulations.

Somehow, in the course of building up trust in Mueller over the last two years, many Democrats conveniently forgot that the regulations drafted by Democrats would allow the attorney general to minimize or even subvert Mueller's findings.


It's time to move beyond that convenient forgetfulness and focus on reforming the regulations.

Even if you believe that the separation of powers requires some sort of executive branch control over the special counsel, there's no reason for the attorney general to be able to control the narrative that follows from the special counsel's report.

At most the Constitution requires the president and his appointees to control decisions about prosecution. An objective telling of the story by the special counsel is constitutionally permissible - and obviously the real-world necessity if the special counsel's report is to have a meaningful impact.

Blame the regulations for Barr's distortions - and fix them. Rest assured, there will be a next time. It's impossible to predict which party the president will come from then. That's why the regulations should be drafted objectively, not with an eye to protecting a president beset by scandal.