Yes, Europe's far right is gaining strength. But so is the resistance 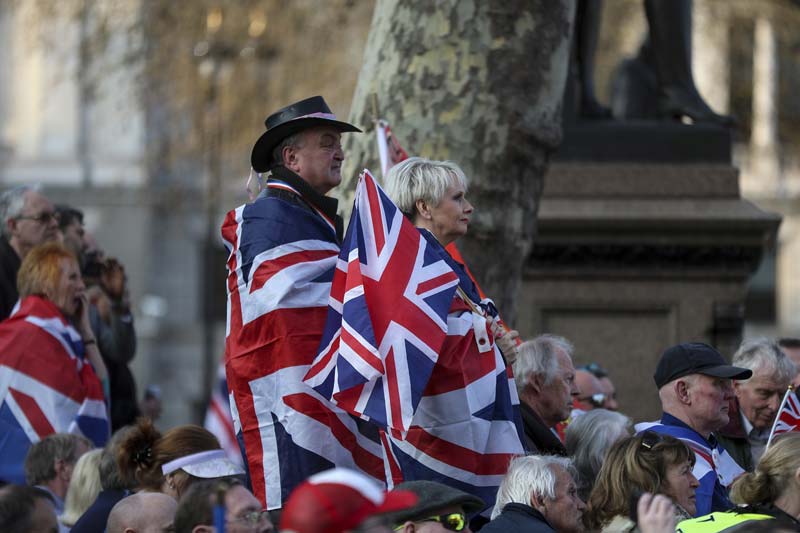 I've written a lot, it's true, about the new far-right parties in Europe in recent months, including their use of the Internet to amplify anger,the conspiracy theories they rely upon and their Russian connections - all of which helps to explain why they may score a big victory in this week's European parliamentary elections.

But it's worth remembering that there is another side to this story. Pro-European politicians, highly conscious of past mistakes, are also gaining in strength. And they are thinking hard about what to do next.

On Tuesday, I met one of the leaders of this backlash: Emmanuel Macron, who himself founded an anti-establishment movement on his way to becoming president of France. The occasion was a lunch, organized by French philosopher Bernard-Henri Levy, for a group of European writers, historians and philosophers. This was a private lunch, not an interview, so I won't quote anyone directly. But the conversation followed a pattern now familiar from Macron's extensive public meetings.

Notably, the French president lets everyone talk. He listens. He takes notes. He nods to his aides when he hears something he thinks especially important, so that they take notes, too. And what seemed to interest him most was the anxiety he heard - about Europe, about the return of familiar kinds of xenophobia, about democracy itself. In response, he offered some context, pointing out that the fears of intellectuals are not necessarily shared by voters, and that the failures of economic liberalism have now helped to discredit political liberalism, too.


He also pointed out, as he has done elsewhere, that those who fear the return of nationalism and nativism across the continent still don't have a common political language. They are the majority - in most countries, the vast majority. But they are also center-right conservatives, center-left social democrats and liberals from many countries, and they don't necessarily use the same political vocabulary. They lack a common set of heroes, a common set of themes - in other words, to use the now unavoidable phrase, they lack a common narrative.

Inexcusably, they have in some cases let people like Heinz-Christian Strache, the Austrian far-right leader who resigned after he was caught on video offering contracts and business favors to a woman he thought was a wealthy Russian, claim to speak for "patriotism" and "European civilization," when in reality they stand for corruption and an end to political debate.

The only real solutions to this problem are long-term. In the past, Macron has talked of creating networks of European universities, schools and cultural institutions to ensure that "every European recognizes their destiny in the figures adorning a Greek temple or in Mona Lisa's smile," as well as similar networks of European police forces and militaries to keep Europeans safe in an era of radical Islamist terrorism, Russian espionage and U.S. disinterest. He has also talked of ecology and prosperity as goals that, in a world increasingly dominated by superpowers, can only be pursued if European states work together.

Some of these ideas are already resonating. Across the continent, a number of parties have won new voters by making ecological arguments. In Germany and Austria, the fortunes of Green parties are rising; in Britain's very weird European parliamentary elections - thrown together in haste, since Britain was meant to be out of the European Union by now - the Green party is also projected to reach high levels of support, as are the Liberal Democrats, a pro-European party that was nearly wiped out in the last general election. In Spain and the Netherlands, voters are moving back to center-left parties, precisely because they offer pro-European platforms.

This is not accidental: Pragmatic actions designed to increase European security - for example, German Chancellor Angela Merkel's deal to keep Syrian refugees in Turkey - have left a mark. Despite the far-right's heavy investment in automated messaging and partisan social media - thanks to which they dominate the Twitter debate in many countries - polls show that most Europeans do not consider "migration" to be the main issue in these elections. The chaos of Brexit has also had an impact.Far from dropping, the popularity of the European Union is rising, and a number of far-right parties have hastily rolled back their anti-European rhetoric as a result.


The far-right Sweden Democrats have dropped all talk of "Swexit," and France's Marine Le Pen shuns any mention of "Frexit." Across central Europe, it has been highly amusing to watch anti-European parties scramble to wrap themselves in blue European flags during this election campaign, once they realized that majorities of voters - 91 percent in Poland, for example - want to stay in Europe, not leave.

The question, of course, is how fast this reconstruction of European politics around common, positive themes can happen. There are a lot of obstacles in the way: the Kremlin, Islamist militants and a part of the Trump administration are all pushing for the re-division of Europe, in their different ways. Macron himself may not be reelected.

A new "hard Brexit" prime minister in Britain may well precipitate a crisis. Still, the seeds of what could be a European revival, around new issues, with more pragmatism and less arrogance, are also visible this week. When you read over the next few days about the gains of the far right, remember that their new opponents are part of the story, too.