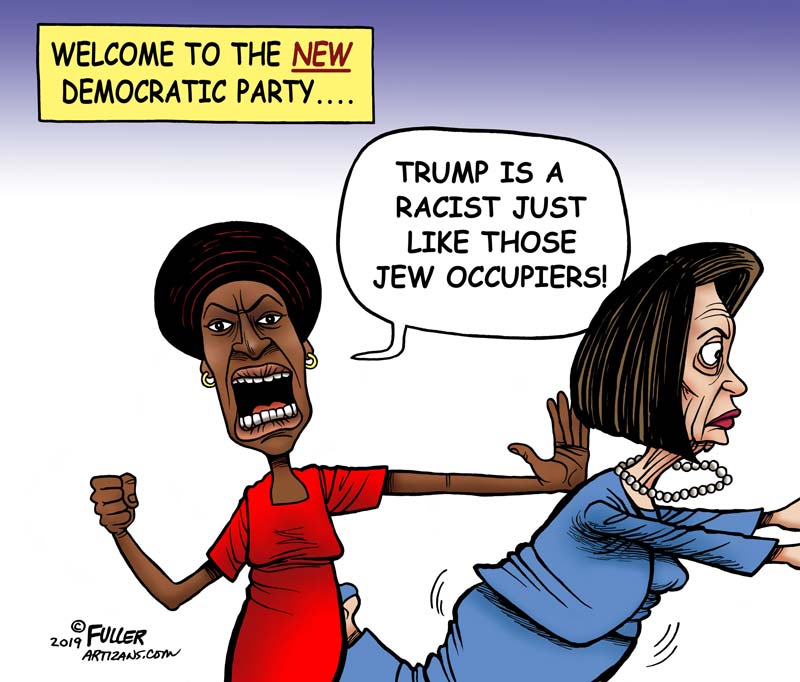 WASHINGTON - House Democrats, roiled by accusations of anti-Semitism earlier this year, are divided over how to stand with Israel and condemn a global boycott movement as Republicans demand a Democratic response.

Senate Majority Leader Mitch McConnell, R-Ky., and House Minority Leader Kevin McCarthy, R-Calif., called on Democrats this week to pass legislation condemning the Boycott, Divestment and Sanctions movement, or BDS, which aims to apply economic pressure on the Israeli government to change its policies toward its Arab minority.

House Republicans also launched an effort this week, using a rare legislative tool to sidestep the Democratic leadership and force a vote on the issue.

"Those Democrats who believe in standing up to anti-Semitism have an opportunity to do so," McCarthy said Wednesday. "Do not let your leadership stop you."

The GOP challenge comes just days after the latest political brushfire involving Rep. Rashida Tlaib, D-Mich., one of two Muslim women in the House, and fresh accusations of anti-Semitism.

Many, if not most, Democrats also oppose the BDS movement, but some are also wary of revisiting an issue that badly divided the caucus earlier this year, when Rep. Ilhan Omar, D-Minn., the other Muslim woman in the House, made comments many members considered anti-Semitic, forcing a vote to condemn all anti-Semitism and other bigotry. And they are balking especially at being drawn into a internecine fight on Republicans' terms.

"I don't know how many times we have to be clear about our support for the Jewish community and against anti-Semitism, and I really think we have a lot of important things to focus on here in Congress, and I don't think it's helpful," said Rep. Pramila Jayapal, D-Wash., a co-leader of the Congressional Progressive Caucus.

But House Speaker Nancy Pelosi, D-Calif., and Majority Leader Steny Hoyer, D-Md., under prodding from pro-Israel lawmakers and political allies, both believe that the House should speak out in some manner to condemn BDS. Hoyer told reporters Wednesday that his "inclination" was to schedule a bill for a vote once the House Foreign Affairs Committee produces one.

"I expect to be moving something out of the committee in the relatively near future," he said, calling BDS "a movement that is negative in its consequences to a very strong ally of the United States." The Foreign Affairs panel has not scheduled any action on BDS; a spokesman declined to comment.

The Senate bill that House Republicans are promoting won 77 votes in the Senate, including that of Senate Minority Leader Charles Schumer, D-N.Y., but numerous Democrats have raised qualms about a measure that would confirm that state and local governments can bar pro-BDS companies from receiving contracts, citing free-speech concerns.

Hoping to resolve the issue, House Democratic leaders are seeking to build support behind a bipartisan resolution written by Rep. Brad Schneider, D-Ill., that condemns BDS and calls for a negotiated two-state solution to the Israeli-Palestinian conflict.

"We're getting asked about it all the time, so I think it's really important to bring it to the floor," said Rep. Josh Gottheimer of New Jersey, a vocal pro-Israel Democrat. "This has always been an issue with strong bipartisan support and strong Democratic support. I don't think anything's changed."

What has changed is the feeling among many Democrats that bringing an Israel-related measure to the House floor would only play into Republican efforts to paint their party as anti-Israel and tolerant of anti-Semitism. That impression was prevalent this week after top Republicans seized on Tlaib's comments on a Yahoo News podcast and claimed that she had said that the Holocaust gave her a "calming feeling."

"If anybody wasn't convinced, then certainly what happened over the weekend makes it clear: This is what they are going to do every single time," Jayapal said. "They are going to police the words of members, and then they are going to use that as a wedge to try to divide our caucus, and I don't think we should fall for it."

A spokesman for Tlaib, who has spoken out against anti-BDS legislation, declined to comment on the prospect of Democratic leaders scheduling a vote. "Her original sentiments around the bill have not changed," said the spokesman, Denzel McCampbell.

The debate has played out in private meetings of House Democrats, according to people in attendance, where several influential members have urged Pelosi to sidestep the issue, with some arguing that the party risks conflating support for Israel with support of the right-wing government of Israeli Prime Minister Benjamin Netanyahu.

"I'm a strong supporter of Israel, but I think we need a healthy debate about what's happening under the Netanyahu administration in Israel," said Rep. Ann Kuster, D-N.H. Republicans, she added, "have a political agenda that's now out of the closet, that's designed to divide our caucus, and this is not a political issue."

But if Democratic leaders don't act, they risk having a group of frustrated Democrats joining with Republicans to hijack the House floor - an embarrassing prospect for Pelosi and Hoyer.

According to two Democrats familiar with the behind-the-scenes talks, House leaders have been told that if there is no vote before the summer recess, members could dig into the House legislative toolbox to force action. The Democrats spoke on the condition of anonymity to freely talk about private discussions.

One option would be to join the Republican discharge petition, which would force a vote if 218 members sign it. Another would use, potentially for the first time, the House "consensus calendar" - a new procedure for bipartisan bills meant to provide for consideration of broadly supported legislation that is opposed by the majority party leadership.