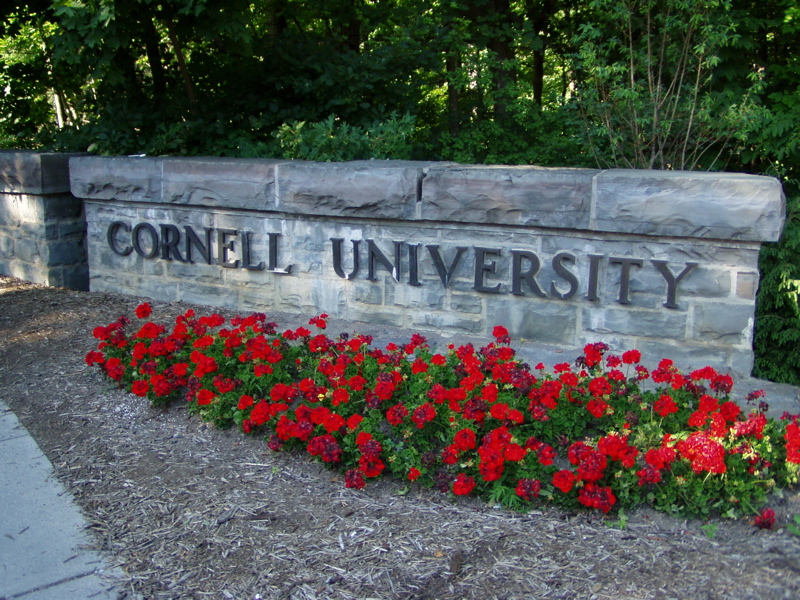 The most remarkable thing about the title of this column, “Cornell student presents senior thesis in her underwear” is that not one reader thinks it’s a joke.

That, my friends, is further proof of the low esteem in which most Americans hold our universities.

The left has rendered our universities, in the description of Harvard Professor Steven Pinker, a laughingstock.

As reported in the Cornell Sun and then around the world, this is what actually happened last week at Cornell University, one of our “Ivy League” universities:

Letitia Chai, a Cornell senior, presented a trial run of her college scholar senior thesis wearing a blue button-down shirt and cutoff jean shorts. Her professor, Rebekah Maggor, asked her, “Is that really what you would wear?”

The professor went on to say that Chai’s shorts were “too short” – that as a speaker she was making a “statement” with the clothes she was wearing.

As reported in the Cornell newspaper, “The class does not have a formalized dress code, but asks students to ‘dress appropriately for the persona [they] will present.’”

Offended and hurt by the professor’s suggestion, Chai decided that she would present her thesis in even less clothing. She appeared before her fellow students in her shirt and shorts and then removed them. As she stripped down to a bra and panties, she explained:

Twenty-eight of the 44 audience members followed suit – stripping down to their underwear with her.

Chai’s presentation was livestreamed. It can still be seen on Facebook.

Eleven students who were present wrote a long statement defending both the professor – who apologized profusely – and Chai.

“As students who firmly believe in the tenants [that Cornell students do not know the word is “tenets,” not “tenants,” is not surprising] of justice and the commitment to fair representation, we feel that it is our duty to make the following statement. We support Letitia’s commitment to the cause of women’s rights. . . .

“We strongly support and identify with Letitia’s fight for equality in the treatment of all people, regardless of race, gender, color, creed, sexuality, or appearance. The majority of us are students of color, from multiethnic backgrounds, who very much relate to Letitia’s frustration with systemic oppression that is part of the fabric of this country. . . .

“Our recollection of that day is as follows: Letitia stood up to give her speech. Before she began, our professor asked Letitia if she would wear ‘those shorts’ to her actual presentation on Saturday. Our professor regularly asks all of the students, male and female, such questions to clarify appropriate attire for public speaking. Our professor went on to say that what you wear and how you present yourself make a statement. She noted that if you were to wear jean shorts to your thesis presentation, that is a statement. Her focus on attire was a means of noting the importance of professionalism in certain public speaking situations. . . .

“Throughout the semester . . . we have also had several meaningful dialogues on privilege, discussed how to avoid (white) savior narratives. . . .

“Our professor . . . often illustrates the ways to us in which society can institute a socialized behavior (for females, acting apologetic for opinions) due to systematic oppression. . . .”

It’s hard to know which aspect of this story is the most ludicrous and the most disturbing.

Is it the students stripping down to their underwear?

That delivering a senior thesis in one’s underwear before fellow students, most of whom also stripped down to their underwear, is acceptable – even honored – at Cornell University tells you just about all you need to know to understand the degraded state of Cornell and most other American universities. And if delivering a senior thesis in one’s underwear is a blow for women’s equality, why wear underwear? Why not deliver the thesis while naked?”

Is it the pervasive assumption of America’s “systemic oppression” of women and ethnic minorities?

If there are luckier young women in the world than those who attend Cornell and other American universities, it is hard to imagine who they might be. Yet, they have been so effectively indoctrinated by their left-wing instructors in elementary school, high school, and college, they walk around thinking of themselves as victims – of “systemic oppression” in what is probably the freest and most opportunity-giving society in human history.

Or is it the apparent absence of any criticism of Chai from even one of the 1,995 faculty members of Cornell University?

It is inconceivable that even at Cornell, there is not one faculty member who found this young woman’s behavior an insult to Cornell and to the once-exalted field of higher education. Yet, they so fear their left-wing colleagues and left-wing students, they have said nothing.

This story reconfirms what I regularly tell parents: Sending your child to college is playing Russian roulette with their values.