4 surprising facts about Stefan A. Halper, a professor and top-secret informant 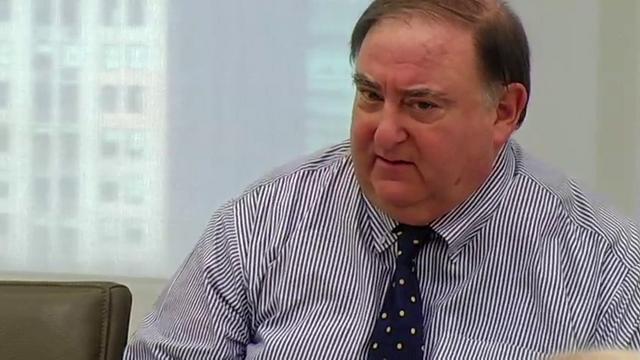 Stefan Halper is not your garden-variety FBI source.

The retired American professor and foreign policy expert for Republican presidents is at the center of a fight between President Donald Trump and his own Justice Department about the origins of the special counsel investigation of whether Trump's campaign colluded with Russia to win the 2016 presidential election.

Halper also has some unusual connections to the news media and the Trump administration. Here are four surprising things we are learning about Halper, whose name The Washington Post published on Monday after several other news organizations revealed his identity.

1. The fact that we know his name at all.

Halper is in the news because Trump and his allies in Congress have made his activities a target in their attempts to investigate (and, you could argue, undermine) the Russia investigation of Trump's campaign.

Halper, The Washington Post reports, met with three Trump campaign aides during 2016. At some point during that year, he began providing information to the FBI.

Security analysts maintain that that is a pretty normal course of action in an investigation and that, contrary to Trump's claims, the FBI didn't do anything illegal. But it's not normal to have the FBI looking into a U.S. presidential campaign's ties to a foreign country trying to meddle in U.S. elections. It's safe to say that it definitely didn't want this informant or his activities made public.

Former FBI agent Asha Rangappa said Halper's identity and activities would have been guarded closely within the FBI. "When [people like Halper] are put into case files within within the FBI, they have a code name or a number," she said, adding: "There's a vault somewhere where people's sources can be marched up to their name. Once you seal off that vault, nobody knows who they are except, like, the two FBI agents working the case."

2. A Trump official pushed his name for a job in the Trump administration.

Axios reported that Trump's trade adviser, Peter Navarro, recommended in the summer appointing Halper to "a senior role in the Trump administration," such as ambassador to China.

That Halper would be considered for a job in a Republican administration isn't surprising. He worked in the Richard Nixon and Ronald Reagan administrations and on a George H.W. Bush campaign. In the Reagan administration, he was deputy assistant secretary of state for political-military affairs, a job that would make him a key presidential adviser on military strategy and international security.

But Halper also had a secret role before Navarro was promoting him to the Trump White House. He met with three Trump campaign officials during the 2016 race for brief talks and meetings, mostly about foreign policy. (It's still not clear what role Halper's informant work is playing in the FBI investigation of Russia-Trump connections.)

3. This isn't the first political-spy drama Halper has been at the center of.

The Post reports that during Reagan's 1980 presidential campaign, Halper and other aides were accused of spying on President Jimmy Carter's campaign and even taking some of Carter's debate prep documents.

Some of Halper's own colleagues later turned on him, alleging that he used former CIA agents to do the spying. Halper has long denied the accusations.

Despite working for Bush's father and donating about $85,000 to Bush's first presidential campaign, Halper soon became a critic of the Iraq War, The Post reported.

In a class taught by Halper that The Post's Robert Costa took in 2009 at the University of Cambridge in England, Halper "often raised questions about Bush's decisions and embraced a traditional Republican approach to foreign policy that emphasized long-standing Western alliances and limited foreign intervention."

Rangappa said it's not surprising Halper's day job was being a professor. "Academics can make great counterintelligence sources, because they can move in a lot of different circles," she said. "It's not unusual if they travel somewhere and attend a conference."