Should parents apologize to their kids? And if so, what's the best way to do it? 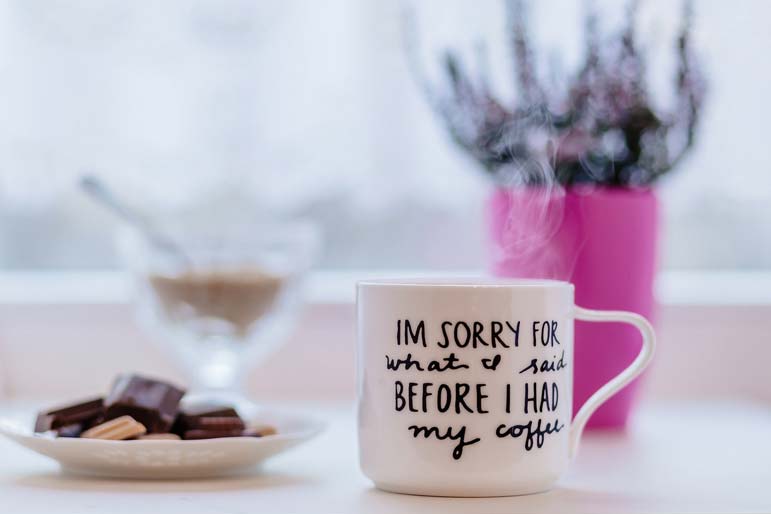 When a fellow parent told me he believed parents should never apologize to their kids, I was not sure how to respond. "We're the adults, and adults don't owe children apologies," he said. He believed that, regardless of his mistake, no apology was necessary. Ever. But I make a point of apologizing to my children, to demonstrate that we all make mistakes, and when we do, a sincere apology is necessary.

The exchange made me question that decision. Should I always apologize to my children? Or should apologies only be given in certain circumstances? And am I apologizing correctly?

I spoke with several experts who believe that, yes, it is important to apologize to your children. But how and when you do it depends on the situation and the age of the child.

"At any age, you want to model behavior you'd like your children to display to other children and adults," says Julia Colangelo, a licensed social worker in New York City.

Another reason to model this skill for your kids: Children who know how to give a sincere apology will be better equipped to navigate friendships on the playground and manage the turbulent teen years, and to successfully handle difficult work situations as an adult.

• Situations that call for an apology.

We've all yelled at our children. We've hurt their feelings. We've even accidentally broken a toy or treasured object. These things merit apologies, even to toddlers. According to Lynn Zakeri, a former elementary school social worker who is now in private practice, parents should use an apology as a learning opportunity. If we word the apology correctly, each mistake we make can teach young children how to be reflective and take responsibility.

"Explain that you were late for pickup because you didn't plan for bad traffic, not because traffic was bad," Zakeri says. "Or, you broke their toy vacuuming because you weren't looking where you were going, not because it was in your way. Instead of providing an excuse, these apologies explain how the situation occurred and that you did not intentionally hurt their feelings."

But what about the times when we lose our patience and our temper?

"I haven't met a mom yet that hasn't yelled at their kid when she was stressed out and running late," Zakeri says. "But it's not the kid's fault. Once everyone is in the car, the mom should apologize. She could say, 'I'm sorry that I was kind of hard on you this morning. I was stressed. It's important that I get to this meeting on time. I'll work harder to not yell next time.' "

As children get older, apologies should also help them identify and understand feelings. Roseanne Lesack, the director of the child psychology clinic at Nova Southeastern University, suggests that parents talk through the scenario after they've apologized, helping the child understand what happened, and identify their emotions.

"You can say, 'I didn't like the way I acted, but I was a bit frustrated,' " Lesack says. "Ask him why he thinks you were frustrated, having him take a perspective that isn't his own. Then help him identify his feelings and say, 'I think you were frustrated because you wanted my attention.' Next, it's important to ask what you both could do better next time. He could say, 'Excuse me,' so you know he needs your attention. And, if you cannot help him at that moment, he could come back later when you are available."

Reinforcing a range of emotions after an apology is helpful for children. However, this discussion can be challenging or overwhelming for many parents, Colangelo says. If parents are uncomfortable talking about their feelings, they can practice with a friend or spouse, or write them down and reflect upon them. For children, she uses a "feelings sheet" - a paper with faces demonstrating 25 emotions. Kids can point to a face to show how they feel, to help parents begin the conversation.

"If you have the energy to sit with your kids, you should discuss their emotions," Colangelo says. "Establish that you're available as a support to offer compassion and have discussions now and in the future."

For teenagers, acknowledging their feelings is an essential part of the apology, but parents should keep it short, says Amy McManus, a therapist in Los Angeles who often works with parents and teenagers.

"Teenagers have short attention spans, especially for their parents," McManus says. "They are mostly [angry] when you do something that they think is wrong, but they don't have the vocabulary to express how they are feeling."

After apologizing, McManus recommends parents wait for their teenager to respond, even if it takes time. Then move on and demonstrate how to let things go. Continuing to discuss the situation feeds drama, something she advises against. A brief and sincere apology will serve as a model for the teen.

• Major life events A new baby, a divorce, a big move - not all life events are well-received by children. When they are angry because of our decisions, should we apologize?

No. This was a choice you made for the betterment of your family, and an apology isn't necessary. However, parents should acknowledge the child's feelings and provide an opportunity to process each one.

"You should also encourage them, letting them know that they will be okay, negative emotions are part of life," McManus says. "If you apologize, it will be as though it's your fault they have these negative emotions. You didn't do anything wrong. They are simply hurt by your choice."

By not apologizing for your choice, says Zakeri, you also help children learn that some things are not within their control. "If it's nonnegotiable, I will never let them think their feelings and anger will change my mind," she says. "I won't apologize for something I'm not sorry for, but I will listen to their feelings. I would tell them that I understand change is hard, and I will be there every step of the way."

• When it's out of your control

Several years ago, a therapist told me never to apologize for someone else's bad behavior, so I don't say I'm sorry or make excuses for someone who upset my children.

That advice was spot-on: Apologies are reserved for things you've done wrong. If your child didn't make the team, or a friend has upset them, your role is to provide empathy, not an apology.

"It's important to acknowledge their pain and suffering, not minimize it, but you don't need to apologize for it," Colangelo says. She adds: "You can tell them that something like that happened to you and offer to share your story. It's also a good time to teach or practice coping skills.

"Ask them what will make them feel better. If they don't know, explain that deep breaths or going for a run helps you," she adds. "Suggest doing 10 jumping jacks together. While they may start off crying, they will eventually laugh because they are doing something silly. Or, remind them of another time when they were upset and what you did to make them feel better."

Owning up to your mistakes by apologizing is important at any age. But when you aren't responsible for someone else's feelings, your heart won't be in the apology. Respect yourself, providing empathy and understanding instead.