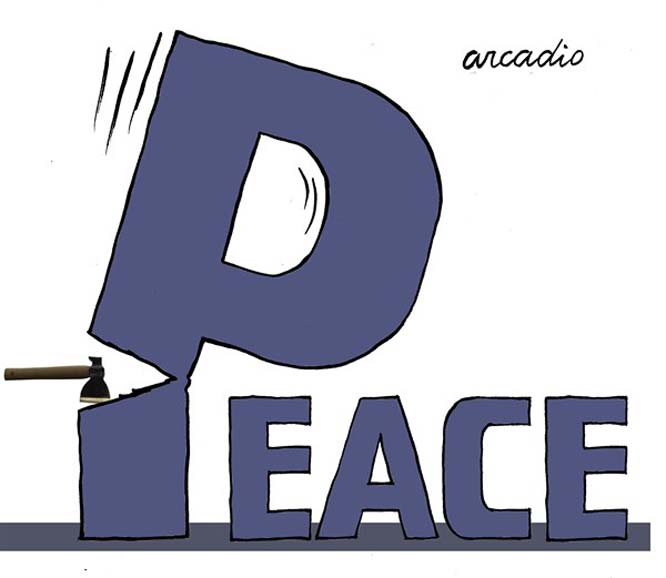 That was primarily directed at foreign banks and corporations that would now have to choose between the Iranian and American economy under renewed sanctions.

But the president was also saying he will not be hemmed in by advisers, the Republican Party or Washington's foreign policy establishment. He means what he says.

Unfortunately for Trump's Iran policy, such a liberated commander-in-chief also undermines American credibility. That's what happened over the weekend when word first leaked out that Trump was instructing his Commerce Department to reverse penalties on the Chinese telecom giant ZTE.

As he tweeted on Monday: "ZTE, the large Chinese phone company, buys a big percentage of individual parts from U.S. companies. This is also reflective of the larger trade deal we are negotiating with China and my personal relationship with President Xi."


ZTE was initially sanctioned for violating U.S. export controls by selling U.S. technology to states under sanction, including Iran. The company obfuscated its activity with shells and lies to investigator. Finally, after reaching a settlement, ZTE violated its terms and rewarded, instead of punishing, the employees responsible. In response, the Commerce Department last month ordered U.S. companies to stop selling to ZTE. On top of that, the U.S. intelligence community for years has warned that ZTE products have "back doors" that allow Beijing to use their telecom equipment for espionage against end users like corporations and consumers.

Normally these matters are not negotiable. U.S. sanctions and export controls for national security matters are not supposed to be part of wider trade talks. No longer. Trump's reversal on ZTE coincided with China purportedly agreeing to not impose its tariffs on U.S. agricultural exports.

One of the architects of the crippling sanctions on Iran, Richard Goldberg, told me Tuesday he was concerned. "If you start trading away relief on sanctions enforcement in exchange for better commerce conditions, the deterrent power of American sanctions gets diluted very quickly," he said.

My colleague David Fickling made a similar point in his column when he observed that Trump's ZTE reversal introduces a dangerous moral hazard. "Any government entangled in a dispute with Washington now knows that it need only threaten the Trump-voting farm belt to get off the hook," he wrote.

This is why Trump's Iran strategy is threatened by his ZTE decision. Trump is expecting America's European partners to go along with the crippling sanctions and divest from Iran. And in theory they won't have much of a choice because America's economy is so much bigger than Iran's.

But European leaders say they want to remain in the deal. Iran's foreign minister, Javad Zarif, has already started his own diplomatic tour of the other parties to the nuclear deal, including the European Union, France, Germany and the U.K.

If everything is negotiable for Trump, then Europe may have more options than previously thought. French foreign minister Bruno Le Maire last week said European states would begin to take steps to defend their "economic sovereignty." This could include penalties on U.S. companies in Europe to make up for future fines levied on European companies that continue business with Iran after a six-month grace period for the sanctions expires.

Not everyone is alarmed. Mark Dubowitz, the chief executive for the Foundation for Defense of Democracies who advocated for continuing negotiations with Europe to strengthen the nuclear deal, told me Tuesday that Trump's approach was unusual, but could also produce effective compromise.

"He's a transactional president," Dubowitz said. "But he's also signaling that you can get concessions as long as you help him achieve overall policy objectives." In this case, the overall objective is a stronger nuclear deal with Iran. In theory, Europe could use the cudgel of American secondary sanctions to persuade Iran to make the 2015 deal's limitations permanent, agree to a halt of missile program and open up military sites to international inspections.

The problem with that though is that this kind of brinksmanship works both ways. It's possible that European allies still want a stronger deal, but in light of Trump's reversal on ZTE they may be able to have their cake and it too. Why wouldn't France, Germany and the U.K. threaten tariffs on U.S. imports as a bargaining chit, to secure exemptions from U.S. Iran sanctions? It worked for China.