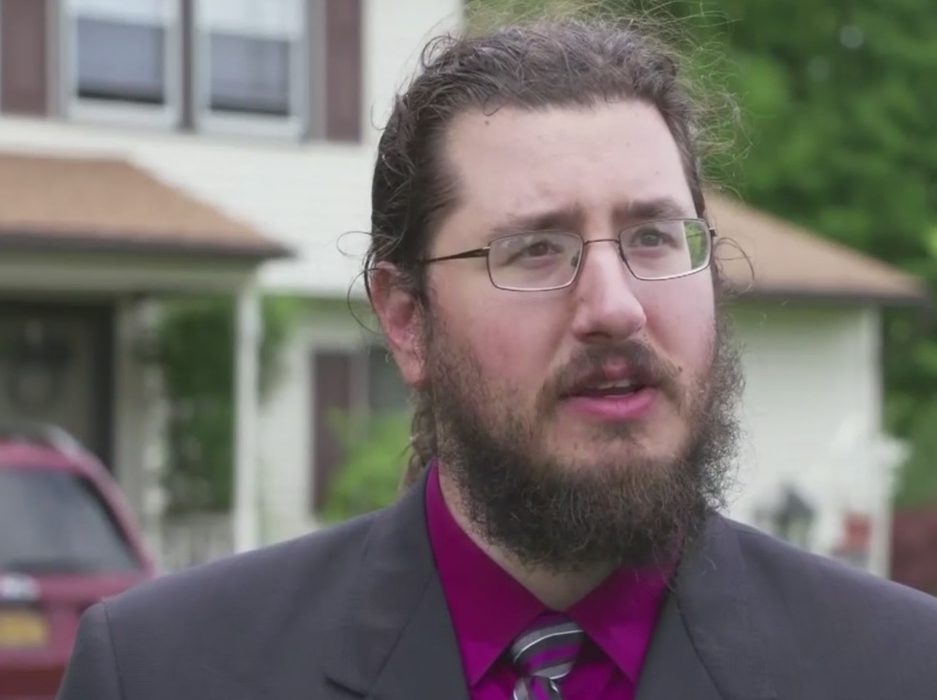 It breaks my heart to say this, but the entire country is dead wrong about poor , the 30-year-old slacker living in his parents' basement.

You've all been horribly, stupidly and arrogantly cruel; those of you on the left who've mocked poor Rotondo for being a conservative in a bad '80s burgundy shirt, and those on the right who treated the Syracuse pajama boy as if he were the secret son of .

And someday, when Rotondo leads a political movement that sweeps the nation, and ends the partisan bickering, and unites his generation, you'll tear out your hair.

You'll weep piteous tears. Your lips will tremble as you beg mercy from the Rotondotarians.

But by then it'll be too late. Don't say I didn't warn you.

As everyone knows by now, was happy living at home. He had no plans to leave. His parents asked him to go and he refused. Finally, a court of law evicted him and threw poor Rotondo to the curb.

You ever hear the expression, "The law is an ass?" Well, it is in this case. A big fat one.

began the mocking, with those ostentatiously neutral facial expressions of hers, when everybody knew she was laughing on the inside.

And then those farther to the left jumped on him, and and those on the right put the boots to him, too.

BALDWIN: Why don't you just move out of your parents' house like tomorrow?

ROTONDO: I don't have the means to do that tomorrow.

BALDWIN: OK. Do you have a job?

BALDWIN: Are you trying to get a job?

In his interview, Rotondo said he didn't want to be considered a millennial, since he said millennials are liberals. He identified as a conservative. This gave many in the liberal media license to peel his skin and squeeze metaphorical lemons on his back. They were merciless.

If only he weren't a conservative slacker in a bad burgundy shirt -- but rather some angry homeless heroin addict obliterating your local Starbucks restroom just when you need it -- they would have been compassionate.

Meanwhile, conservative pundits viewed him as a loser and a threat to the brand, and they didn't want him in their club. So they ripped him for living off his parents and not making his own way.

They all got their pound of flesh from Rotondo.

And before you, too, sink your teeth in for another bite, why not first consider his alleged sins?

He was happy in the basement, watching TV, probably playing video games, perhaps "Call of Duty: WWII Nazi Zombies," and otherwise doing nothing, except maybe binge-watching "Game of Thrones" for the fourth time. He bothered no one, except perhaps his parents, but they raised him to be what he was.

They spent 30 years training him for this.

One of the few to stand up for poor Rotondo was the esteemed American moral philosopher and ethicist , aka "Feits" at .

"This guy is my (expletive deleted) hero. He is my new civil rights leader" said Feits. "... The only people who don't want to live at home are young people, and young people are dumb."

Feits ended by saying that all young people should fight for their civil rights, demanding free movies and drives home when they're drunk.

The anti-Rotondotarians, who are very much like the establishmentarians in , boil it all down to this:

Rotondo, hapless slacker, is the kind of creature who'll end up eating all his father's salted cashews and drinking his father's 18-year-old Scotch, and contribute zilch to the household, not even washing the car or scooping up after the dog.

The easy thing to do is cast Rotondo as just another confused who thinks he can live for free, as if born on government's , where the hens lay soft-boiled eggs, and the farmer's trees are full of fruit and the barns are full of hay.

But that wouldn't be quite accurate.

Because it's not Rotondo and his generation that have been living large off the parents.

It's the other way around.

Who has been electing politicians who, year after year, keep piling up the national debt, now in the untold trillions of dollars?

and have done it and millennials -- conservative or liberal -- have had nothing to do with it.

It's the parents who have been piling debt upon the young, electing politicians who've spent and spent, refusing to cut, spending their children's birthright to get re-elected again and again, until the debt becomes so monstrous that it will crush the young, liberal or conservative, and grind them into dust.

Sooner or later they'll wise up, and realize what's been done to them, and someone will lead them and convert the old into crackers to feed the people.

Who knows? That leader could be , reviled as a slacker by older generations who taught him well.