Hail the Obama Temple of Adoration and Fealty 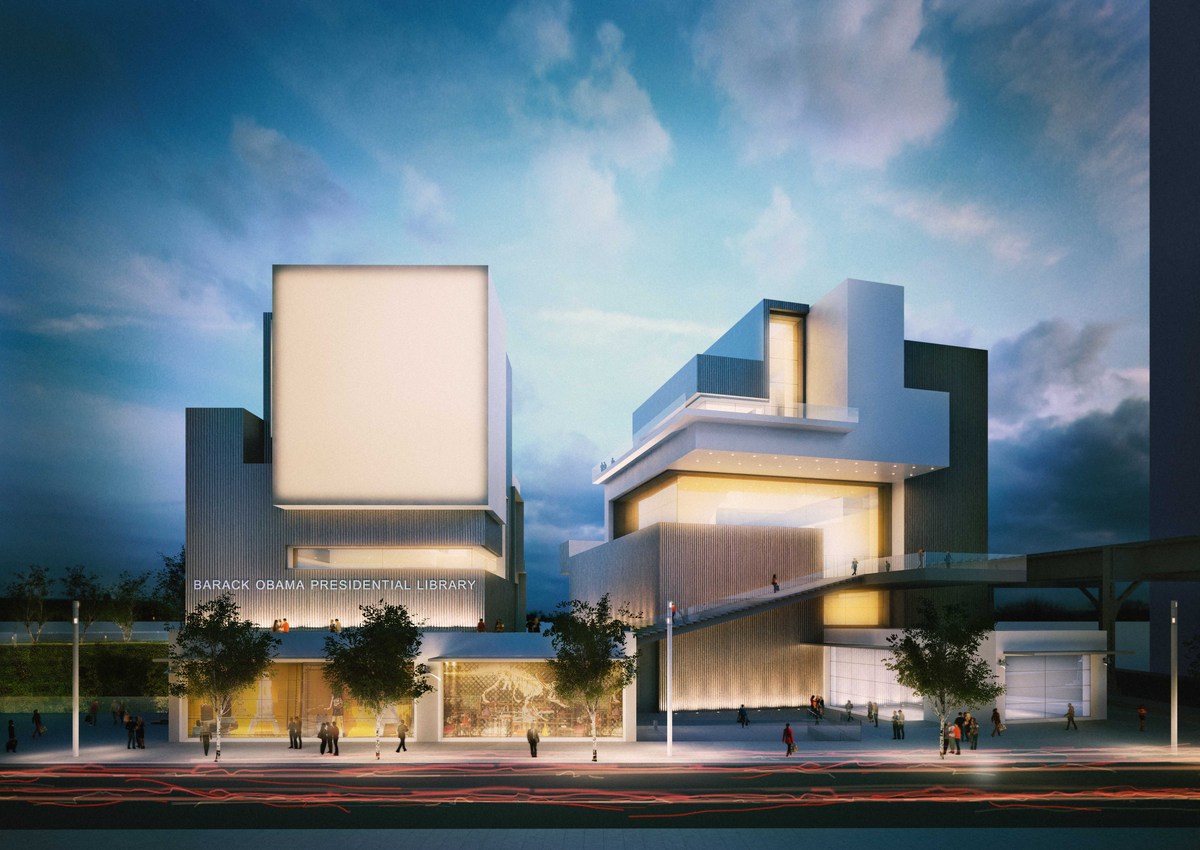 CHICAGO --- Chicago may not have enough cops to patrol the streets, taxes are going up and residents are fleeing for safety and jobs.

The Barack Obama Temple of Adoration and Fealty is important.

It's vitally important to Mayor Rahm Emanuel and aldermen seeking re-election, whether taxpayers like it or not.

And Wednesday's speeches honoring the Chicago Sun-Times chairman without ever mentioning that he's now being paid by the mayor's money man, Michael Sacks, is important.

I approached an alderman I know to get his take on these two stupendous events, only one of which — the Obama Temple — got stupendous news coverage.

"It's not the time," he said, smiling wanly like a man who just ate bad fish. "I think I have to go throw up."

But not everyone was shy.

"That's snarky," said Mary Anton, a South Sider who was among those at City Hall supporting the giant temple — she'd call it a "library" or a "center" — for Obama.

Emanuel said the project, most of it privately funded — though it'll be on priceless free park land including a killer golf course — will cost around $750 million.

And there will likely be other public costs on top of that $175 million in taxpayer money for street improvements.

A bargain at any price, no?

It's not a presidential library, as it won't hold the presidential papers. But as a temple to a political god, it's perfect.

What it really needs is a giant Obama head carved in granite on top, with glowing eyes to focus beams of social warrior justice where needed in the city of his political birth.

The mayor and aldermen keep calling it a library. Rahm wants that big hug from big O.

Perhaps someday we may all purchase Obama tchotchkes there — even the poor who'll be moved out when rents go up.

Presidential golf clubs or a Michelle Obama vegetable peeler for nutritious school lunches would be nice.

But you know what would really be great? A snow globe with a tiny Obama and a tiny former CIA boss John Brennan, whispering about how best to protect the republic.

So at the City Council meeting they adored Obama, lavished praise upon the former president who learned the political trade in Chicago. Even Ald. Edward Burke, 14th, demonstrated his fealty.

And so it was done.

The lone holdout was Ald. David Moore, 17th, who likes the Obama Temple but doesn't like the streets in his ward not being fixed.

"We don't have money, but you can find $175 million for infrastructure, and (in his ward) no curbs, our kids are walking in puddles of water! I cannot vote against my residents."

"I asked the administration, what are we going to do with it? Is it going to be earmarked for development on the South Side? Nobody wants to give you an answer. Is it going to go into a slush fund? "

Later, the mayor and the aldermen honored Chicago Sun-Times Chairman Jorge Ramirez for his time as boss of the Chicago Federation of Labor.

The City Council's formal resolution mentioned Ramirez as going to work for the firm GCM Grosvenor. But in all the many speeches lavishing praise upon Ramirez, who I'm told is a good father and a decent man, they forgot to mention that he's now being paid big bucks by Sacks, the mayor's money man, top fundraiser and ranking oligarch.

Sacks, a zillionaire, is a true Chicago Master of the Universe. I used to call him Mayor Sacks. The Sun-Times chairman works for him. Nobody says nothing at City Hall.

Sitting in the gallery were Chicago police, protesting what they say is the Emanuel administration's poor treatment of cops. They were recently admonished in a Sun-Times editorial and told, rather sternly, that such protests were "political theater."

"It is fitting, is it not, that we recognize him for his vision?" said Burke.

"I am so proud of you," said Ald. Danny Solis, 25th. "You are a Mexican-American union leader."

This is true. Why shouldn't Solis be proud?

The mayor's floor leader, Ald. Patrick O'Connor, 40th, praised the fact that he's a hockey dad who made it to his son's games.

Ald. Walter Burnett Jr., 27th, stood up and commenced on a rambling trip down memory lane, thinking of a time when he and Ramirez were standing on a corner on Ogden Avenue.

Burnett finished with this line: "Go make a lot of money, man."

I caught up with Burnett in the City Council annex. The Ozinga concrete company was serving a beautiful cake, with a cement truck, to mark its 90 years in Chicago.

And I asked Burnett if he found it strange that no alderman made a speech about the Sun-Times chairman working for Sacks.

"Nobody mentioned it?" said Burnett, seemingly astonished. "That's strange. But you're right. Nobody did. Why is that? I don't think we picture him as chairman of the Sun-Times. We think of him as a union guy. I guess the Sun-Times connection is just growing on us."

Burnett smiled and asked if I'd have some Ozinga cake. Yes, it was a fine cake.

But it just wasn't the time.