ER workers on gang violence: 'We're in a war zone, too' 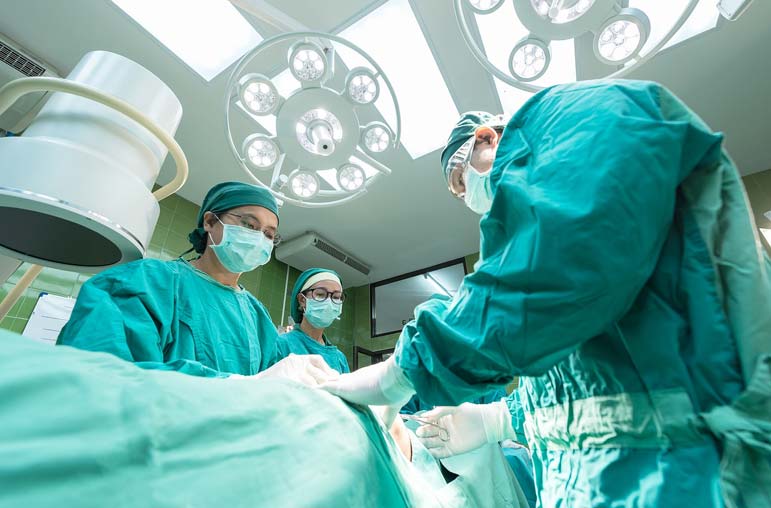 When two women were shot standing outside Chicago's Mount Sinai Hospital the other night — waiting for news of a relative who'd himself been shot earlier — a witness asked a Tribune reporter:

"What kind of city do we live in?"

The next day the hospital was locked down because of a virtual riot in the lobby.

Chicago is heading toward a mayoral election year so City Hall insists that crime is down. But ER workers — the nurses and doctors who deal with threats and angry families and friends of gang members — know different.

It's only May. The violence is ramping up.

"We see so much sadness, we work with good people, our Sinai family, and we have many patients who are, well, patient," a Mount Sinai nurse told me. "But there's the other side. Every night nurses are verbally abused, physically threatened, spit on. It's a constant barrage. It can get scary. They say, āI'll get you after work.'

"And this shooting that happened just the other night outside the hospital? It happened right where I get picked up after work," the nurse said. "It's the law of averages. It's a roll of the dice with gangs out of control. That's my life, man."

As Chicago is again forced to confront the facts of a depleted police force and the gang wars heating up, I put out the question on social media:

What about the hospital workers?

"Mount Sinai is the worst because the ER is right off the street," said a Chicago paramedic. "You've got the families angry when their kid is killed, they're angry, pushing, some threaten the health care workers. It's insane man. There's so much anger out there. It's chaos."

I'm not identifying those I interviewed by name. I wanted them to speak freely, without a corporate suit in the room to intimidate them while taking notes.

But I also spoke with Jeff Solheim, president of the Emergency Nurses Association, which represents 43,000 ER nurses internationally.

Solheim was in Washington on Tuesday pushing for legislation that would require hospitals to report workplace violence and determine security protocols. He said studies show that most if not all ER nurses have been subject to some kind of verbal or physical abuse, from being spat on to being seriously injured.

"Look what happened in Chicago," Solheim said. "We need a safe environment for us and our patients. People shouldn't have to fear for their lives when they go to work."

All the ER workers I interviewed told me they're frustrated with frequent fliers.

"A frequent flier is a repeat customer," another veteran ER nurse told me. "They're shot, you treat them, they shoot someone else, or they get shot again. You just saw them six months ago, and there they are on the stretcher, with their phones, texting. āWelcome back frequent flier.'

"In the ER, among us, there's a lot of disgust, sadness, that we're looking at lives being lost," the nurse told me. "And we're scared for ourselves, because we don't know who's coming in the door when the gang families come in. They can be angry, threatening, and we're just trying to do our jobs. Does anybody care?"

A trauma surgeon talked about the warm weather.

"You hear the weather report, it's going to be a nice, sunny weekend and you think āAw, (crap) I'm on call. Sun's out, guns out. That's the way it is. Most people have no idea.

"And the guy with the gang tattoos is shot and he still won't give up his phone, he's texting — insults probably, taunts to some other gang, that'll cause more shooting. And I figure, āOh, you're shot and you're texting? You might live. Then again, you might not.' "

Angry families, including generations affiliated with street gangs, mill about in the waiting room, some pushing to get into the ER.

Threats are made. Anger is vented, at nurses, at doctors. Add to that the psychotic episodes, the drug overdoses, the raging. Cops know, nurses know, doctors know.

The trauma surgeon says he's always asking himself if Chicago really wants to stop the violence. Or is it just political talk?

"Is Chicago really serious about the gang crime? Or is City Hall just content to segregate the violence on the South and West sides of the city? Because you know there aren't enough cops to handle this, not enough detectives to solve the crimes, (and) gun offenders keep coming out of jail like the one that shot Cmdr. Paul Bauer, we all know this," the trauma surgeon said.

"Chicago might not get it. But we see the end result."

How do you deal with it?

"You see them come in, trauma patients with neck tats, gang affiliation, generations of dysfunction, and you ask, āYou were just going to church, right?' That's the running joke. We see it all the time," the surgeon said.

"We're in a war zone. The gangsters keep bailing each other out on gun crimes. They really don't do real time, they're out with guns and they shoot and they shoot.

"I had a nurse at a different hospital, riding her bike home. Gangsters in a car with a wounded buddy hit her on her bike, taking their buddy to the ER. She had a broken pelvis. Did that make the news? No. We're casualties of this war too."