Sports betting is a victory for states' rights 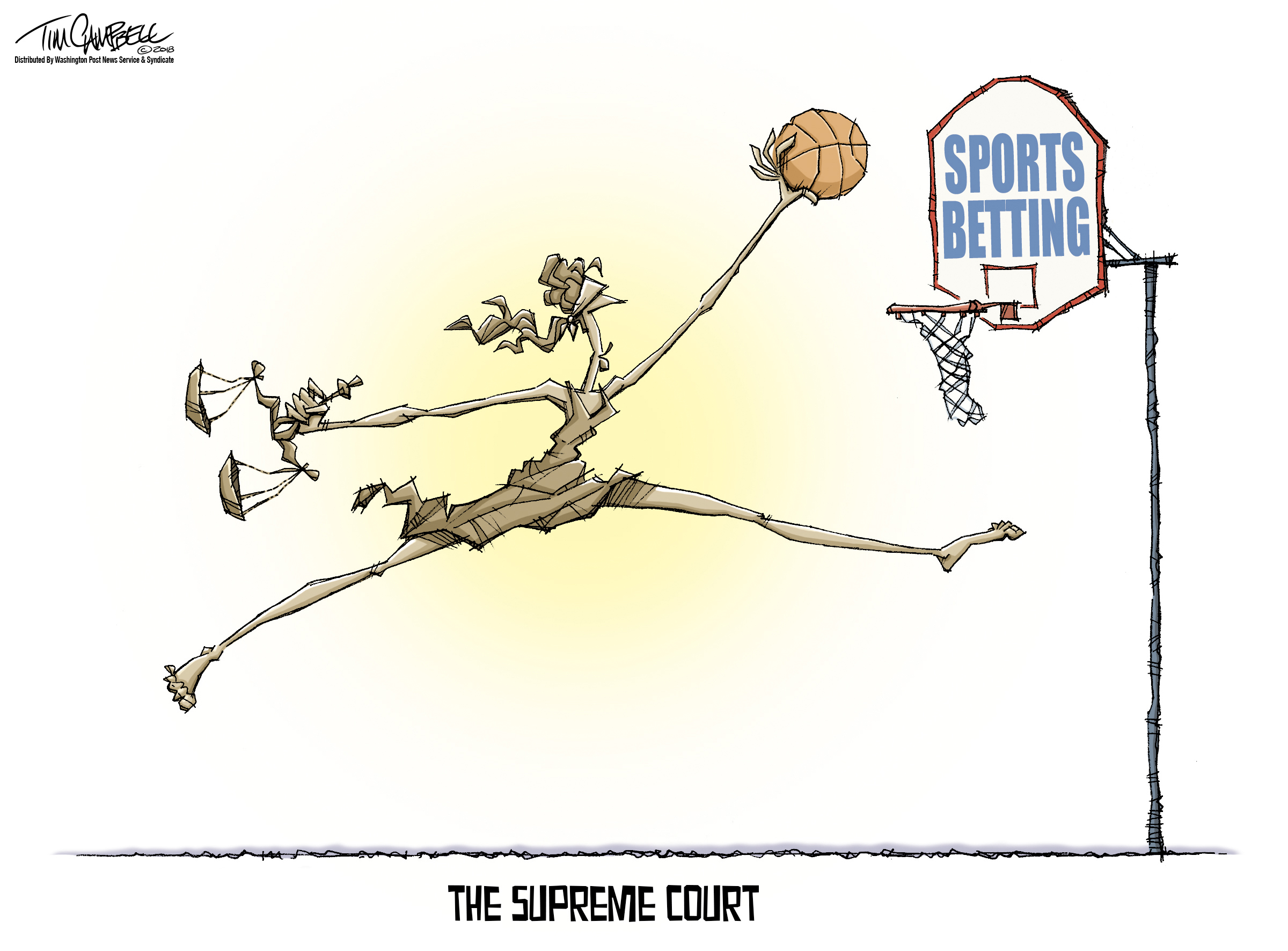 In an important states'-rights decision announced Monday, the . Supreme Court has allowed New Jersey to permit sports gambling, both by private casinos and through state-run lotteries. The case, Murphy v. NCAA, has important constitutional consequences - and could have a major economic impact as well.

The law at issue is the Professional and Amateur Sports Protection Act, which Congress enacted in 1992. It prohibited states from either operating sports gambling or authorizing private actors like casinos to run sports gambling. Importantly, the law didn't make sports gambling a federal crime. Instead, to save money on federal law enforcement, it relied on states' existing prohibitions plus the ban on authorization.

That changed in 2011, when the decline of Atlantic City as a gambling center led to state efforts to revive it. New Jersey voters adopted a state constitutional amendment allowing the legislature to authorize sports gambling, and in 2012, the state legislature did so. Professional sports leagues and the National Collegiate Athletic Association challenged the law as a violation of PASPA. The U.S. Court of Appeals for the 3rd Circuit struck down the state law as an "authorization" of sports gambling in violation of the federal ban, and the Supreme Court declined to review the case.

In an opinion written by Justice Samuel Alito - the New Jersey justice - the Supreme Court upheld the state's gambling law and in effect struck down PASPA as a violation of the federal Constitution.

The essence of the court's holding was that Congress lacks the authority under the Constitution to tell states what laws they may or may not adopt. The basis for this is what's called "anti-commandeering doctrine."

Alito acknowledge that the doctrine "may sound arcane," which is fair enough. He summarized the doctrine as an expression of what he called a "fundamental structural decision" in the Constitution: "to withhold from Congress the power to issue orders directly to the states."

Thus simplified, the doctrine covers PASPA nicely. Congress is telling the states what they can or cannot do when it comes to passing their own laws. That, according to Alito, violates states' rights.

In fact, the anti-commandeering doctrine was until now a bit more subtle. The classic decisions expressing it say that Congress may not direct states to do things on behalf of the federal government. The "commandeering" part of the doctrine was the idea that Congress can't "command" state officials to administer and enforce federal laws.

Alito's opinion goes substantially further in the direction of protecting states. For the first time, it expressly takes the position that Congress can't tell the states what not to do. To reach this conclusion, Alito relied on the notion that there was no functional difference between requiring the state to enact legislation and banning the state from enacting legislation.

The court also went further. Alito reasoned that if the states are free to legalize casino gambling, they must also be free to establish their own sports lotteries. His logic was that if Congress had known it lacked the authority to prohibit states from allowing casino gambling, Congress probably wouldn't have barred states from holding their own lotteries, which are a less harmful form of gambling.

The real-world consequence of this holding is that all the states are now free not only to authorize sports gambling but also to have their own sports betting lotteries. The former decision is politically complicated on a state-to-state basis. But it seems probable that states that already have other lotteries might now expand to sports-related lotteries.

Justice Ruth Bader Ginsburg, in dissent, pointed out that the anti-commandeering doctrine is supposed to be based on the idea that Congress shouldn't create the appearance that state legislators have made policy choices that were in fact forced on them by Congress. That concern, she pointed out, wouldn't apply here, where it is obvious to all that PASPA is the source of the gambling ban. She added that Alito had gone too far in striking down the state lottery ban through what she considered a doubtful reconstruction of what Congress would have intended.

Overall, the decision may be read as a marker of the future direction of states' rights jurisprudence on what may well become a more conservative court. Of the liberals, only Justice Elena Kagan, the most tactically sophisticated of the group, joined Alito's opinion in full. She may be reading the writing on the wall - and hoping to build alliances for the future, when the court's conservatives come to hold the balance of power on issues she cares more about than sports gambling.