Trump to Trump: 'You're fired!' 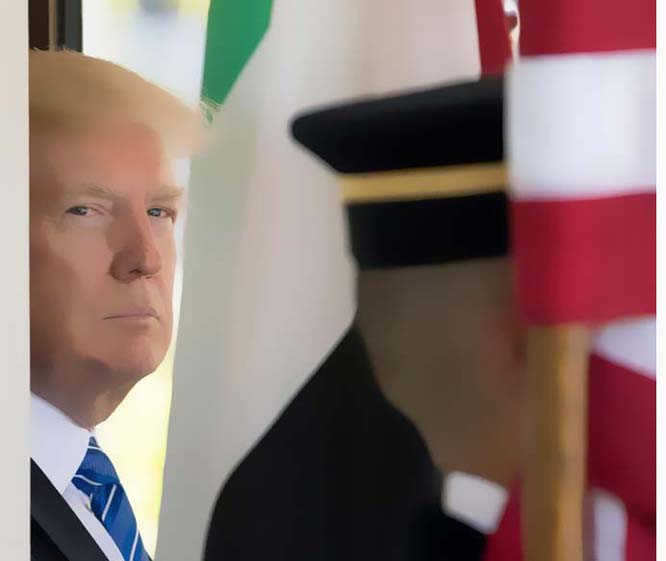 At 2:05 p.m. in the White House press briefing room last Tuesday, May 9, the very first words out of Sean Spicer's mouth were: "Sorry I'm late, wrapping up some business."

Actually, he was just starting "some business," some very dramatic business.

The man whom President Donald Trump appointed as his chief spokesman to the world had just been informed belatedly, after two days of secret plotting beyond his ears, that in about an hour his boss was going to fire FBI Director James Comey. That step ignited the worst crisis of this young presidency.

That evening in his private quarters, devoted TV consumer Trump reportedly grew incensed switching from channel to channel. His side of the stunning, unexpected firing of the head of the nation's top law enforcement agency was not fully getting out. Worse, none of Trump's paid or volunteer surrogates were visibly offering the first of what would become several differing explanations for the president's peremptory move.

Trump can be a master showman, highly skilled at setting the media's agenda for covering him. It worked during that endless campaign against an inept opponent. The scrappiness enhanced his image as a truth-to-power maverick who made billions by doing things his way.

But the current agenda Trump is setting for public discussion about Trump is self-destructive toward his professed long-term goal of fundamentally changing Washington. This is in large part because the president does not realize yet that being a candidate and a commander in chief is quite different.


Trump is a team captain now, not the team owner. He lacks the humility to trust the highly qualified team he so often boasted about creating and then created. He's reportedly pondering shaking up his press office, instead of his own behavior.

Political press secretary is a difficult enough job when the team is completely confident in one another. The press secretary must serve two masters - the public, via an often obstreperous media, and the politician, who should understand that the communications team can explain and influence coverage only if it's entrusted with all the accurate information and context in a timely fashion.

Expecting Spicer et al to convincingly address a story of this magnitude with a couple of hours' notice is laughable - and untenable. An experienced pro, Spicer could have at least warned of immense blowback that kills administration momentum.

Trump is a marvelous communicator. But he is a terrible communications strategist, clearly incapable of heeding crucial advice or thinking beyond the next tweet.

The boss is still stepping all over his own messages with distractions destructive to long-term achievements. If Comey's firing had been properly planned, prepared and executed - especially everyone getting the same story straight - the media could have been led to focus on Comey's replacement: Oh, funny you should ask, the president already has a list of qualified replacements, as he did for Supreme Court justice.

Trump would have looked decisive again, as in the Syria attack.

Instead, the firing narrative and its twisting timeline created confusion, brought uncomfortable questions from already hostile media and raised doubts about veracity, credibility, even competence.

Then, just as the intensity began waning, a new Trump tweet raised the possibility of secret White House tapes, which plays right into the hands of Democrats likening Trump to Richard Nixon. Whose side is Trump on, anyway?

In his NBC News interview Trump said he just wanted to get back to working on jobs and the economy. OK. Then within hours he started creating the martyrdom of a silent Comey by ominously warning against leaks because someone might have tapes.

Without the botched FBI firing, last week's news could have been dominated by preparations for the president's first steps on the world stage - based on anti-terrorism and a presidential pilgrimage involving three of the world's major religions - and by Aetna totally abandoning Obamacare, both narratives beneficial to the alleged agenda Trump has touted.

Of course, Trump loyalists don't care. Those zealots were key to his election. But they don't help Trump or a real agenda for D.C. change by acting deaf and blind to his faults and by conducting Twitter jihads against nonbelievers.

They may learn to care if Trump's behavior further alienates the rest of Americans, who could rescind at least partial GOP control of Congress in next year's midterms. Such losses are the historic pattern in any president's first term anyway.

Those supporters will merely blame elites and the media if the self-destructive behavior they cannot see in Trump hands the House speaker's gavel back to Nancy Pelosi so the old establishment can block White House initiatives. The resulting political paralysis would strike at the core of Trump's powerful original appeal as an action-oriented businessman who gets things done.