Flynn's string of gaffes don't add up to treason 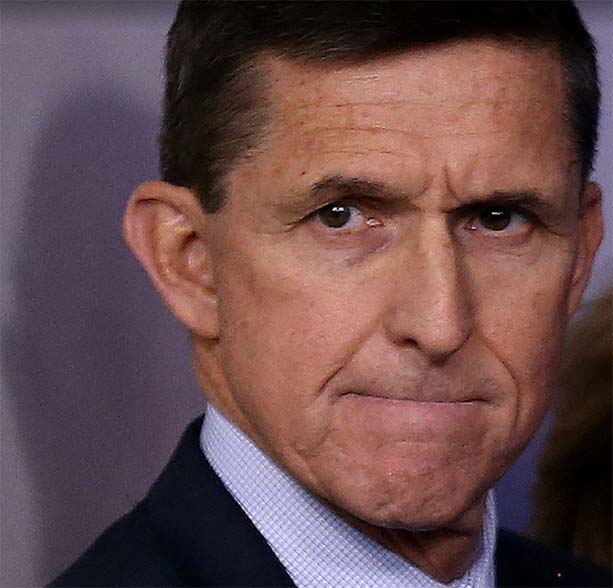 There is something about the fixation on the Michael Flynn story that doesn't add up.

It doesn't look great that in January 2016, the future Trump national security adviser did not disclose payments he received from Russia's propaganda network, RT, on his application to renew his security clearance.

But he did brief the government in 2015 about his trip to Moscow to speak at RT's annual gala that December -- and in April of last year, with that information in hand, the Obama administration renewed Flynn's top-secret security clearance.

All of this is important because Democrats are insinuating that Flynn was one of the links between President Donald Trump and Russia, potentially contributing to collusion in the 2016 election.

Among the drip-drip of leaks about ongoing probes, none has indicated that Flynn played a role in Russia's influence operation against the Democrats last year. But because Flynn did not disclose his payment from Russia's propaganda network and because he is accused of not telling his White House colleagues that he discussed U.S. sanctions before taking office, partisans now freely tar Flynn as a Russian agent.

That insinuation grew on Thursday when the House Oversight and Government Reform Committee released a letter from the Pentagon's inspector general that confirmed that office had begun an investigation into whether Flynn failed to obtain approval to be paid $33,750 for a speaking engagement at the Russian network's annual gala in December 2015. This is also a subject of that committee's own probe. It's likely this issue will come up in the House and Senate intelligence committee investigations into Russia's influence of the 2016 election as well.

On this score, Flynn screwed up. Another letter released by the oversight committee Thursday says the Defense Intelligence Agency, which Flynn directed from 2012 to 2014, has no record of him disclosing this payment in the context of the security clearance process.

All of this sounds pretty bad. And yet, that letter also says the agency was well aware of Flynn's trip to Moscow. Flynn not only briefed his former colleagues in September 2015 about his upcoming trip, he also briefed them after he returned.

If Flynn was trying to hide his trip to Moscow, why did he tell the Defense Intelligence Agency about it before and after his trip? Also while Flynn was in Moscow, officials at the agency's headquarters exchanged emails with their liaison at the U.S. Embassy in Moscow about Flynn's participation in the RT gala, according to the letter.

This was known to the agency in April 2016, when the agency approved Flynn's "top secret/sensitive compartmented information" clearance -- as is standard for a former top official who might need to be consulted on sensitive topics. That approval is significant.

The process for renewing a security clearance at that level is intense. It includes interviews with associates and friends and an extensive background check. Flynn took a polygraph test as part of his reapplication for the security clearance.

The Obama administration knew about his Moscow trip. His clearance was renewed. That leaves two explanations. One would be that the officials responsible for these background investigations are incompetent and didn't learn he was paid to speak at the RT event. That would be bizarre; Flynn himself had mentioned in later media interviews that he was paid by his speaker's bureau for the RT event, even though he did not acknowledge that his speaker's bureau was paid by RT.

The other explanation for the renewed clearance would be that at the time, the Defense Intelligence Agency's investigators did not assess Flynn's trip to Moscow to be grounds to suspend or revoke his access to government secrets.

It's strange that Flynn would not consistently disclose his payment by RT, and that he did not ask permission in the first place to be paid. That showed poor judgment on his part. Agreeing to speak at a Russian propaganda network's annual gala is also evidence of poor judgment. But bad judgment is not evidence of collusion. Bad judgment is also not the same as treason. Just ask the investigators who approved Flynn's security clearance a year ago.