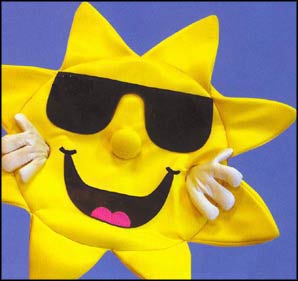 History teaches us that during war and international crises, just when things were looking most grim, they were oftentimes already getting better.

Consider the dark days of World War II. Seventy-five years ago, 1942 started out as an awful year. The United States and the British were still reeling from the December 1941 Japanese surprise attacks on Pearl Harbor, the Philippines, and Malaysia. Singapore would fall in February 1942 in an ignominious defeat; and the American bastion at Corregidor surrendered in May.

For the first four months of the war, Japan had run wild. Or as two Japanese analysts, Masatake Okuymiya and Jiro Horikoshi, put it: "Japan took more territory over a greater area than any country in history and did not lose a single ship." By June, the Japanese Empire stretched from the Aleutian Islands to the Indian Ocean, and from Wake Island to the Russian-Manchurian border-the most expansive Asian Empire in world history.

Things were no better for the Allies in the European theater. In August 1942, German soldiers climbed Mt. Elbrus, the highest mountain in the Caucasus, as the German army neared the shores of the Caspian Sea, and one of the richest oil fields in the world. The vast Third Reich stretched from the English Channel to the Volga River and from the Arctic Circle southward to the Sahara by the summer of 1942.

The British base at Tobruk, in Libya, fell on June 20, 1942. Field Marshall Erwin Rommel gained a wealth of British supplies, crossed the Egyptian border, and headed eastward to Alexandria and the Suez Canal. German U-boat commanders called the initial months of 1942 the "Second Happy Time" as they sank over 600 Allied ships-the first Happy Time occurring in 1940. Many American freighters were torpedoed just miles off the Atlantic Coast from Maine to Miami. Allied bombers, especially the Americans, were increasingly stymied over Germany-and, by late 1942, they were suffering unsustainable losses without inflicting significant damage on German industry.

For a brief moment in mid-1942, the Allies seemed likely to lose the war.

And then, abruptly the nightmare vanished.

Enormous industrial and armament production in Britain, the Soviet Union, and America kicked in and flooded the global fronts with planes, ships, tanks, and guns. Anglo-American lend-lease help came just in time to a reeling Soviet Union; everything from fur boots to locomotives were soon in abundance.

The American Navy fought the Japanese to a standstill at the Battle of Coral Sea (May 4-8, 1942) and crushed the Japanese carrier fleet a month later at the Battle of Midway (June 4-7). The huge German Sixth Army by late 1942 was stalled and then surrounded at Stalingrad. At the second Battle of El Alamein (October 23-November 11, 1942), British General Bernard Montgomery stopped the Afrika Korps and forced back Rommel's tattered forces in what would become one of the largest German retreats in history.

By late 1942, intercepted German naval codes, improved British sonar, more Allied convoys, and better air and sea patrols would frustrate the U-boat effort for good and lead to unsustainable German submarine losses. And at the end of 1942, there was hope that huge influxes of new model Allied bombers, new fighter escorts, and improved tactics would revive strategic bombing over Germany.

In other words, 75 years ago, World War II abruptly changed momentum even as the Allies had seemed to be fated to lose.

Such abrupt and unanticipated changes are again common in wars-and in the fates of nations.

A century ago this year, World War I seemed lost for the Allied powers. After suffering crushing casualties at the Somme and Verdun the prior year, the British and French armies were about to crumble. In early 1917, America remained isolationist. By November, the Bolsheviks under Vladimir Lenin took power in Russia, signed a humiliating armistice with Germany and its allies, and refocused on the Russian civil war. This, in theory, freed hundreds of thousands of German soldiers to head to the Western Front to finish off the battered French and British.

But by the end of the year, everything quite suddenly began to change-just as it had in 1942 during World War II. In April 1917, the U.S. declared war on Germany and its allies. By late 1917, over 100,000 U.S. doughboys had arrived to plug up holes in the reeling French and British line-the vanguard of some 2 million troops who would cumulatively land in France and Belgium by November 1918.

Inexplicably, Germany kept a million men in the east to guard its newly won spoils in a defeated Russia, at the very moment they were most needed on the Western Front. A new Allied command troika of British General Douglas Haig, French General Ferdinand Foch, and American General John Pershing learned from past blunders to forge new effective ground strategies. Vast allied industrial output of planes, newly invented tanks, and artillery began to dwarf German production. In short, just when German thought it had almost won the war in December 1917, events were already in play to ensure that it would lose it in less than a year.

Such hinges of fate are common. The arrival of General Matthew Ridgway in December 1950 to Korea saved what was generally acknowledged as a lost Korean War. David Petraeus's surge of 2007-2008-initially written off as hopeless or counterproductive-broke the back of al Qaeda in Iraq within months and led to relative peacefulness, until the abrupt American withdrawal of 2011. By 1979, an ascendant Soviet Union-invading Afghanistan, threatening Western Europe, funding uprisings in Central America-seemed to have the edge in the Cold War. Yet by 1981, Ronald Reagan was already on his way to ensuring a Soviet implosion.

In sum, nothing is more unpredictable and volatile than war, international tensions, and foreign affairs. Often perceived wisdom, media consensus, and punditry are wrong or out of date, and miss ongoing insidious and subtle undercurrents of change that can abruptly turn the tide of events.

Something like that is now occurring on the world stage. During eight years of a lead-from-behind recessional, America created a number of dangerous vacuums that invited in foreign-power adventurism.

The Iran deal of 2015-as we are now learning from the leaked information-green-lighted the Iranian efforts to obtain not just nuclear weapons, but also sophisticated ballistic missiles and a veritable hegemony in the Persian Gulf. The Russia reset empowered Vladimir Putin to absorb some of Russia's neighbors and to worm its way back into the Middle East. China was periodically encouraging an unhinged and nuclear North Korea to terrify its Western rivals, even as it built artificial island bases in the South China Sea to adjudicate one-quarter of the world's shipping. The savage war of ISIS against Bashar Assad and his Iranian backers led to genocide in Syria.

In sum, U.S. defense cuts and a passive foreign policy emboldened American enemies and disheartened our allies to the point where wars broke out on several fronts. Yet America's retreat was predicated on choices, not on fate. Indeed, America is now reasserting its past role as a dominant, deterring force on the international stage.

In just the last 100 days, the storm clouds have broken a bit. Tough talk with China on trade abuses may persuade Beijing that it would be wise to help the U.S. corral North Korea, while America assembles a well-armed alliance of Japan and South Korea to deter Pyongyang. The bombing of a few of Syrian President Bashar Assad's air assets, with promises of possibly more action to come, could deter him from further nerve gas attacks. The dropping of a huge MOAB (Massive Ordnance Air Blast) bomb on an underground ISIS lair in Afghanistan has startled U.S. enemies who rely on such subterranean sanctuaries. To America's enemies, the signal is clear: U.S. action is not necessarily predictable, measured, or proportionate.

Many of these developments reflect a sharp ideological upheaval in foreign policy leadership. The prior Obama national security team of Ash Carter, John Kerry, Susan Rice, and Ben Rhodes has been replaced by General H.R. McMaster (national security advisor), Rex Tillerton (ex-Exxon CEO and now Secretary of State), General James Mattis (Secretary of Defense), and General John Kelly (Homeland Security). None of these men is a professional diplomat or former politician. Instead, they come to office either from the military or private enterprise. None is overtly political; all are widely esteemed for succeeding in cutthroat military and commercial arenas.

The new national security team seems to believe in the value of soft power as did their predecessors-but with a fundamental difference: they know that diplomatic, political, and economic strategies are not effective without a credible threat of resorting to overwhelming military force. In this regard, Trump is slowly restoring the defense budget that Obama had slashed, while sounding unpredictable rather than compliant.

Allies and enemies have made the necessary adjustments as the United States becomes-to paraphrase the dictum of the Roman Republican general Lucius Cornelius Sulla during the wars of the Republic-no better friend and no worse enemy. If this new deterrent foreign policy is coupled with changes in U.S. regulatory and tax policies and expanded energy production-and if these measures help America achieve a three percent growth rate in annual GDP-then all sorts of supposedly intractable dilemmas and tensions may find resolution.

In the past, it was not necessarily in China's perceived interest to help an economically stagnant, strategically predictable, and politically diffident United States to deal with North Korea-nor Russia's to help convince Iran and Syria to follow international norms. But it may now prove both wise and useful for China and Russia to cooperate-if America is economically robust, appears somewhat dangerous, is unapologetic about its past and future, and does not loudly lecture its rivals about their supposed moral failings while losing their respect.

In that case, the storm clouds abroad will clear as abruptly as they have so often in the past during the world's darkest moments.