But what if it weren't fantasy? 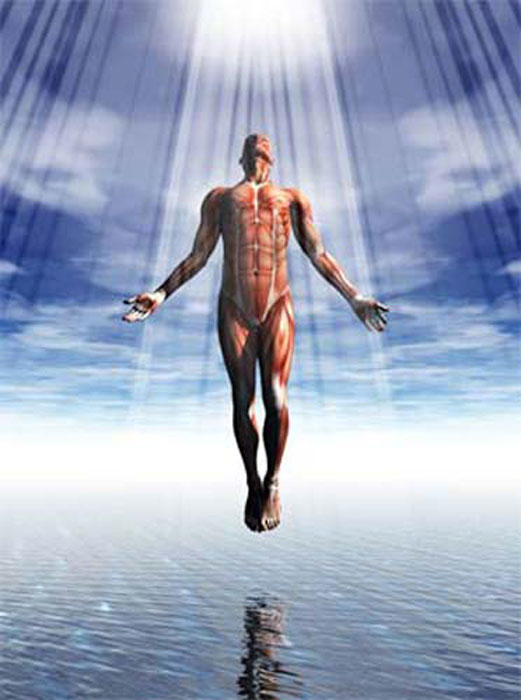 Don't wait for Superman to save the world --- do it yourself

A mutated spider bites Peter Parker and transforms him into Spiderman. Steve Rogers receives and injection of super-soldier serum and develops into Captain America. David Banner doses himself with gamma rays and mutates into the Incredible Hulk.

These are the fantastic tales of American comic book culture, in which ordinary people find themselves suddenly endowed with extraordinary powers and thrust, willingly or unwillingly, into the role of heroes. Indeed, who among us hasn't fantasized about acquiring superpowers and using them to conquer his personal demons or to save the world?

But what if it weren't a fantasy?

In 2006, Derek Amato dove into the shallow end of a swimming pool and stuck his head against the concrete bottom. The resulting concussion left him with chronic headaches and sensitivity to light, it also turned him into a musical virtuoso. Lacking either musical training or the ability to read music, Mr. Amato's fingers dance over a keyboard like Mikhail Baryshnikov on a stage. He doesn't know how he does it, but his life has been utterly transformed. His case is not unique. After suffering a head injury in a childhood fall, Alonzo Clemens began producing exceptionally lifelike clay sculptures. A 10-year-old boy knocked unconscious by a baseball acquired the ability to do calendar calculations: he now remembers every detail of every minute of his life. A 58-year-old builder became an artist and poet in the wake of a stroke. A teenage boy woke up speaking fluent Spanish after he was hit in the head by a soccer ball.

Examples of acquired-savant, or accidental genius, go on and on. Who knows what potential for greatness lies within every one of us?

One of the most compelling episodes from Jewish history is the story of Rabbi Akiva. He was an illiterate shepherd, content with his life as a simple laborer until his wife Rachel recognized his potential for greatness. At her urging, the 40-year-old Akiva found a kindergarten teacher to instruct him in the Hebrew aleph-beis (alphabet) so that he might learn to read and study.

But Akiva's adult brain found the challenge of childhood learning too formidable a task. Dispirited over his failure, he was ready to abandon his efforts. But then he came upon a large stone marred by a curious indentation. When he inquired where the hollow in the stone had come from, he was told that the steady dripping of water over time had worn away the solid rock.


With that, he returned to his studies. Over the course of the next 24 years, he developed into the greatest sage in the history of his people, second only to Moses the Lawgiver.

But Rabbi Akiva's life was not without hardship. He witnessed the destruction of the Temple in Jerusalem and the bloody suppression of the Bar Kochba rebellion against the Roman Empire. Worst of all, he saw the apparent undoing of all he had accomplished with the death of his many students.

At the height of his career, Rabbi Akiva oversaw an academy of 24,000 talmudists, a generation of scholars virtually unparalleled in their intellectual prowess. But something went wrong. For all their brilliance and erudition, these students somehow failed to fully absorb Rabbi Akiva's fundamental lesson to love one's fellow as oneself. They were not openly uncivil.

But their academic accomplishment infected them with a whisper of overconfidence, which ever-so-slightly eroded the respect they showed for one another.

For such exceptional students, blessed with the greatest of teachers, this tiny flaw proved fatal. A mysterious plague began killing them off in horrifying numbers, and the survivors refused to look within themselves toward self-improvement until they too succumbed. Over the course of seven weeks, the entire academy was wiped out, and the light of its wisdom extinguished.

Rabbi Akiva might have mourned his failure and retreated into despondency. But the same resolution that drove him forward decades earlier steeled him in the face of tragedy. He renewed his efforts and, with a handful of disciples, rebuilt all that was lost and secured the future of the Jewish people.


One of his proteges was Rabbi Shimon bar Yochai, whose life and accomplishments were celebrated this week with the Jewish holiday of Lag B'Omer.

Building upon his teacher's wisdom, he brought a new light of inspiration into the world, dispelling the suffering and confusion of exile by revealing the divine wisdom of eternity with a radiance that has inspired the Jewish people for nearly 2000 years.

THE LIGHT OF PERSEVERANCE

Heroism is not solely the stuff of comic books or legend. If a blow to the head can actualize hidden talents and abilities, what does that tell us about the potential that lies dormant within every human mind and heart? We may never become Vincent Van Gogh or Itzhak Perlman, but with persistence and determination any one of us can unlock talents and abilities we never imagined we might have.

In a way, the impatient, unfocused predisposition of contemporary culture might work to our benefit. In a world where everyone thrives on instant and effortless gratification, the competition for genuine achievement grows less and less. If 90% of life is just showing up, the advantage of those who truly apply themselves grows exponential.

The real measure of success is not money, fame, or power. It lies in self-respect, and in the respect we earn from people of quality who still recognize the virtues of discipline, refinement, and integrity.

Pursue those values with sincerity, and every other blessing will follow.