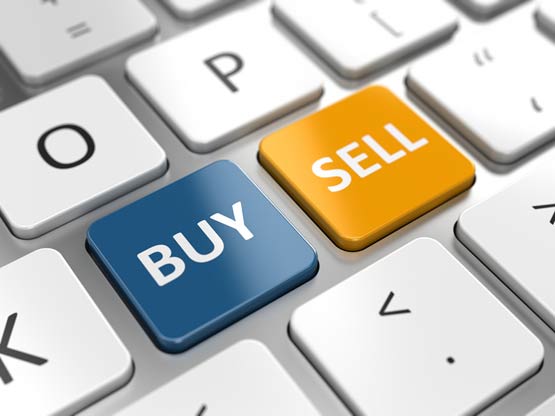 There's a huge court case you need to hear about. It might not be on your radar yet because, frankly, some of it gets pretty technical. But the outcome is likely to have enormous repercussions for online privacy, net neutrality and the economy.

For months, policymakers have been struggling with the implications of this case, FTC v. AT&T, in part because it overturned about a century's worth of established legal practice and also, analysts say, because it appeared to open a wide loophole that businesses might use to evade most federal oversight.

Last week the federal appeals court responsible for the ruling announced that it has agreed to rehear the case, potentially opening the door to a different result. Here's everything you need to know.

In August, the U.S. Court of Appeals for the 9th Circuit dealt the Federal Trade Commission a major blow by calling into question one of the consumer protection agency's most important powers. The court said the FTC should be banned from regulating a company if even a small part of that firm's business is regulated by the Federal Communications Commission as a telecom service, otherwise known as a "common carrier."

This was a major departure from the previous norm, said Harold Feld, a senior vice president at the consumer group Public Knowledge. "It was huge because it was totally unexpected," Feld said. "Nobody's ever ruled that way before."

The FTC is one of America's foremost law enforcement agencies. In the tech sector alone, it has investigated or filed lawsuits against companies such as Apple and Google. It has returned millions if not billions of dollars to Americans after moving to stop scams and fraudsters of all stripes. But it can only go after companies within its jurisdiction.

August's ruling effectively shrank the FTC's jurisdiction by placing a whole class of companies off limits. What's more, it gave businesses everywhere a massive incentive to try to gain entry into that class, thus wriggling out of the trade commission's oversight.

And it wasn't as if the FCC could pick up the slack, either. By law, the communications commission may regulate common carriers only to the extent that they are engaged in providing common-carrier services. Any other parts of a common carrier's business is off-limits to the FCC. The result, legal experts say, was a new, gaping loophole in regulatory coverage that nobody expected.

"This decision raised the question whether any company with a common-carrier business could escape FTC enforcement for all other aspects of its business," said Robin Campbell, a lawyer at Squire Patton Boggs.

This is why FTC v. AT&T is such a big deal: Under the August ruling, virtually any company in any industry seeking lighter regulation could try to claim common-carrier status to exempt the rest of its business from both FTC and FCC oversight.

"Facebook could buy some dinky little telephone company and then become totally exempt from the Federal Trade Commission," Feld explained. Replace "Facebook" with the name of any other company, he said, and you begin to see how significant this is.

The court's decision this week to rehear the case served to nullify the ruling, so the loophole is temporarily closed. But it could easily be reopened if the court comes to the same conclusion, analysts say. Other possibilities include reversing the court's previous position entirely or coming down somewhere in the middle.

AT&T said in a statement that it looked forward to participating in the rehearing.

The outcome of the case won't just affect the FTC; it may also lend momentum to the FCC's effort to repeal its own net neutrality rules. FCC Chairman Ajit Pai has argued that the trade commission should be responsible for policing Internet providers, not the FCC. Right now, the FTC has no power over ISPs because the net neutrality rules consider all ISPs as common carriers.

Undoing the 9th Circuit's ruling for good would mean giving the FTC the ability once again to go after the parts of an ISP's business that aren't common carrier-related. But the FCC wants to go further than that. Pai has proposed undoing the classification of ISPs as common carriers, which could give the FTC even greater jurisdiction over Internet providers.

"The court's strengthens the case for the FCC to reverse its 2015 Title II Order and restore the FTC's jurisdiction over broadband providers' privacy and data security practices," Pai said in a statement Tuesday. The FTC declined to comment.

This debate over which agency should do what may seem arcane. But it has real consequences for businesses and consumers because there's a real difference between establishing preemptive rules to prevent customer abuse (under the FCC's jurisdiction) and asking customers and the government to take action to punish corporate transgressions after they occur (which is what would happen under the FTC).

While preemptive regulation may cost businesses more in terms of extra paperwork, lawyers' fees and lost innovation, after-the-fact enforcement shifts those costs onto customers and smaller businesses that can't afford to wage lengthy legal battles, according to Robert Cooper, a lawyer at Boies Schiller Flexner.

"There is a role for antitrust enforcement in this space, but it is not a substitute for prescriptive rules," Cooper said in an earlier interview about the FCC's net neutrality plan. "[It] is expensive and time-consuming and thus favors those with the greatest resources. Moreover, it necessarily requires that an alleged violation already has occurred."

Previously:
• Your guide to choosing an unlimited data plan
• A federal court may have just added to Clinton's email woes
• The Internet may never be the same, thanks to this landmark court ruling
• His Internet was too slow. What he did when the cable company wouldn't rectify the situation
• The real reason America controls its nukes with ancient floppy disks
• What happens when a top privacy and security regulator falls for an email scam?
• The infuriating rule American Airlines won't tell you about until it's too late