President's crises bring the GOP to a point of reckoning 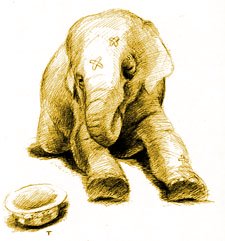 WASHINGTON - As President Donald Trump has lurched from one crisis to another, Republicans have chosen a strategy of compartmentalization over confrontation, preferring to look away in hopes that the storm would pass. Now, after a pair of stunning revelations about the president, that approach may have run aground. For the GOP, this has become a moment of reckoning.

Events of the past eight days have robbed Republicans of the luxury of trying to keep focused on their agenda while believing that a sense of calm and normalcy will eventually settle around the president and his White House. Reality long has suggested something different, and cascading events have driven home that this president operates under a new definition of normal.

Last week brought the unexpected firing of James Comey as FBI director and shifting explanations of the reasons. On Monday, The Washington Post dropped another bombshell, reporting that Trump has shared highly classified intelligence with Russian officials. As the White House went into full damage control over that revelation on Tuesday, the New York Times published another stunner, reporting that in February the president sought to persuade Comey to back off the FBI investigation into fired national security adviser Michael Flynn.

The successive blows have shifted - or more accurately expanded - the focus beyond the president. Increasingly, it will be difficult for Republicans to avoid recognizing the responsibility that comes with being the majority party in separate branch of government, rather than seeing events primarily through the prism of a political alliance, no matter how awkward at times, between members of Congress and a president who won the November election as their nominee.

In that context, the reaction of Senate Foreign Relations Committee Chairman Bob Corker, R-Tenn., to the news that Trump had shared intelligence with the Russians was telling. Corker has been, generally, restrained in his criticism of the president. In this case, he sent a message to the White House that reflected exasperation that must be widespread within the president's party.

"Obviously, they are in a downward spiral right now and have got to figure out a way to come to grips with all that's happening," he said of the operations of the White House and senior officials around the president. "And the shame of it is, there's a really good national security team in place."

Republicans desperately have wanted this to be a mutually beneficial relationship. They have a big policy agenda they want to see turned into law. They want to move on health care and taxes, government regulations and budget priorities. They waited through the last years of the previous administration for the opportunity to hold all the levers of power. Now that they have the power, they want to do as much as they can as quickly as they can to undo what President Barack Obama did and to advance a series of long-sought conservative policies.

Up to now, the calculus has been easy, if somewhat strained. To pursue a course of confrontation or conflict with the president - whether over Trump's evidence-free claims that Obama ordered wiretapping of Trump Tower or of unprecedented electoral fraud - was, in the estimation of many Republicans, counterproductive.

On big matters, such as the report about Trump sharing intelligence with the Russians that was provided by a key ally, Republicans have reacted with shock but not condemnation. They have hoped to create some distance while avoiding building barriers with a volatile president who came to office largely independent of the party he claims as his own.

When the president tweets something provocative, they prefer not to give the fire more oxygen. But the regularity of these fires is taking its toll. On Tuesday morning, Senate Majority Leader Mitch McConnell, R-Ky., expressed his frustration in the way he often does, through understatement. "I think we could do with a little less drama from the White House on a lot of things so we can focus on our agenda," he said in an interview with Bloomberg Television.

That was before the Times' report, widely confirmed by other news organizations, that Comey had made a memo of a Feb. 14 conversation with the president in which Trump had said of the Flynn investigation, "I hope you can let this go." That meeting came a day after an apparently conflicted Trump fired his national security adviser, who had been one of his most loyal acolytes during the campaign, for misleading Vice President Mike Pence about contacts with the Russian ambassador.

The White House has denied the report, just as it attempted to dismiss the Post story about the president's sharing intelligence with the Russians. But as with the firing of Comey a week ago, White House officials have offered shifting explanations of what happened in the Oval Office meeting with Russian officials last week and provided a denial that was anything but an outright repudiation of what had been reported.

For congressional Republicans, the hope for a productive relationship with the president has always been a fraught exercise. He won the Republican nomination by defeating the favored candidates of the party establishment. Ever since, those in the establishment have grappled with the terms of what has been an uncomfortable bargain.

On issues, they and the president often have been on different pages. On their mutual political enterprise, they have approached one another warily, with distrust emanating from both ends of Pennsylvania Avenue.

Even without the controversies, Trump has proved to be an unsteady partner. He has provided limited leadership on health care and limited leadership on taxes. He has offered direction that does not always conform to the preferences of conservatives in Congress. He has offered guidelines but no detailed blueprints. His priorities are not always those of congressional Republicans. He retains the power to sign legislation but in all other ways seems to frustrate or complicate efforts by congressional Republicans to bring those measures to his desk.

Nor has the president proved to be the master dealmaker that some had hoped. His efforts to produce the necessary votes the first time the House was preparing to take up health care came up short. For the most part, he washed his hands of the effort to revive the bill, which barely proved successful. It was revived by House members, though White House officials were pushing for action. Now the Senate is mostly starting from scratch on its own bill.

The White House is now in perpetual crisis mode, scrambling to keep up with the mercurial president, consumed by talk of a possible staff shake-up, with officials pointing fingers at one another as things spiral away from them. All that also affects the legislative process. It's not that congressional committees cannot go about doing basic business, but in a 24/7 media environment, coupled with the power of social media to accelerate events, elected leaders have not had the ability to avoid responding. The big story saps the energies of everyone.

Calls for a special prosecutor or an independent investigation will intensify, though many Republicans will continue to resist, at least until their own political standing is in real danger. But the double revelations of the past two days show that events are forcing a change in everyone's calculations.

As the controversies grow worse, so, too, will the tensions increase between the desire of congressional Republicans and the president to maintain a positive relationship and the responsibility of one branch of government to provide a check against another when that becomes necessary.