Anti-Trump Republicans confront a dilemma: Are they ready to help elect Clinton? 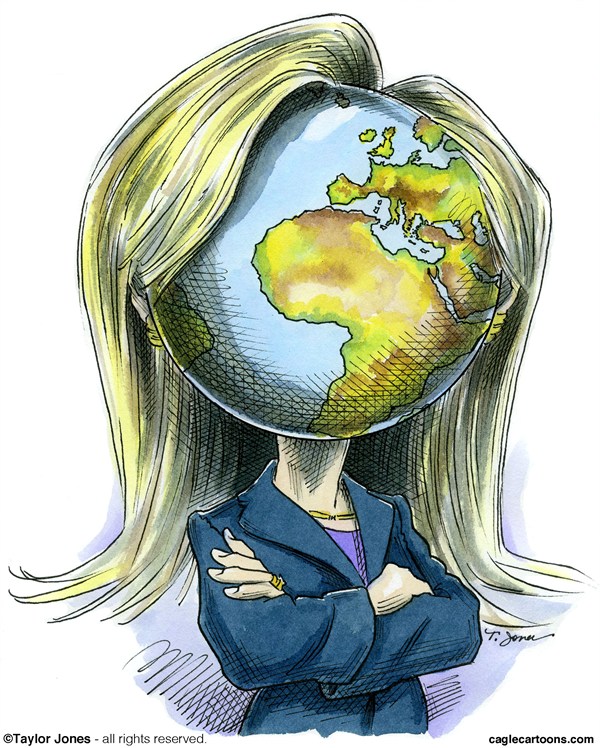 INDIANAPOLIS --- Anti-Donald Trump Republicans are starting to consider whether their opposition to a Trump presidency is so strong that they would be prepared to fight him in the general election - even if that means helping put an avowed enemy, Hillary Clinton, in the Oval Office.

One strategy under discussion is to focus on helping down-ballot GOP candidates while sitting out the presidential race under the belief that Trump will lose to Clinton no matter what. A more drastic and difficult option: rallying support for a third-party candidate who could uphold traditional Republican positions but would almost certainly steal votes from Trump.

"You have to bet on sanity," said GOP strategist Stuart Stevens, who helped lead the campaign of 2012 nominee Mitt Romney. "If this is one of those moments in history where for various reasons the party has to play out nominating someone who is completely unelectable . . . so be it."

The dilemma came into focus Tuesday night, when Trump scored a decisive victory in Indiana over Sen. Ted Cruz of Texas - prompting Cruz to say he was dropping out of the race - despite an all-out effort by the anti-Trump forces to turn the state into a firewall to halt the billionaire's march toward the nomination.

Trump triumphantly declared in an interview that the so-called "never Trump" movement was "dying a fast death."

Some anti-Trump Republicans think the current strategy shouldn't be abandoned until Trump wins the 1,237 delegates he needs to clinch the nomination. But he has now won seven straight primaries, including the latest in a state where his foes spent millions of dollars under the belief that he was vulnerable.

"Indiana further confirmed the 'stop Trump' efforts didn't work and spending even more resources in an effort keep him from the nomination will just be expensive political therapy or theatre at this point," former Minnesota governor Tim Pawlenty, a former Marco Rubio backer who is now neutral, said in an email.

The difficulty of the GOP's path forward was clear in the hours before and after the voting here. Even as Trump has tried to assert himself as the presumptive GOP nominee, he allowed his already bitter rivalry with Cruz to darken further.

Trump on Tuesday invoked a National Enquirer report alleging that Cruz's father had been spotted with Lee Harvey Oswald around the time of the assassination of President John F. Kennedy. Cruz called Trump a "pathological liar" and refuted his claim.

Cruz announced hours later that he was suspending his campaign. But the continued nastiness prompted some anti-Trump Republicans to look toward a once-unthinkable prospect: undercutting the GOP nominee in ways that could make way for a Clinton presidency.

"The GOP is going to nominate for President a guy who reads the National Enquirer and thinks it's on the level," tweeted Mark Salter, a former aide to Sen. John McCain, R-Arizona. Then he added a Clinton campaign slogan: "I'm with her."

For some Republicans, the prospect of a President Clinton is more palatable than a President Trump - not because they like Clinton but because they could fight her on familiar terrain, rather than watching an unpredictable Trump use the power of the White House to remake the GOP.

Conservative blogger Erick Erickson, a staunch Trump critic, said he and other activists plan to hold a conference call Wednesday to discuss strategy moving forward. Among the ideas on the table is rallying behind a third-party challenger, an admittedly difficult task because of logistical hurdles involving such things as fundraising and securing spots on state ballots.

Erickson said that a more likely option would be letting Trump run and, these opponents think, lose on his own in November.

"There are a number of us who can't bring ourselves to vote for him, and there's more and more polling showing just how badly he would cause the Republicans to lose other races," Erickson said.

Either plan would mark a dramatic shift from the prevailing approach among anti-Trump groups to try and block him from the nomination by selectively targeting him in states where Cruz or Ohio Gov. John Kasich have the best chance of beating him.

Indiana was a state where they saw a chance to slow the mogul. Such groups as Our Principles PAC and the Club for Growth together spent $3.2 million on anti-Trump ads in the run-up to Tuesday's primary - about half the total spending by independent organizations in the state.

But even before Tuesday, there were signs that donors are losing their appetites to finance the stop-Trump efforts. Anti-Trump super PACs spent $4.8 million on TV ads and mailers in April, down from $21.7 million in March and nearly $11 million in February, according to Federal Election Commission filings.

In all, anti-Trump groups have pummeled the Republican front-runner with more than $43 million in TV commercials, leaflets and paid phone calls since the beginning of the campaign. But nearly all of those efforts came in January, long after Trump had been riding high in GOP polls.

One of the anti-Trump groups, #NeverTrump, released a statement late Tuesday from strategist Rory Cooper acknowledging that Trump's Indiana win "makes the road ahead more challenging."

Cooper said the group will "continue to seek opportunities to oppose his nomination," but he appeared to look ahead to the group's role in the general election.

"A strong Never Trump movement is critical to protecting Republican incumbents and down-ballot candidates, by distinguishing their values and principles from that of Trump, and protecting them from a wave election," he said.

Katie Packer, chair of the Our Principles PAC, said late Tuesday that, despite the Indiana results, a "substantial number of delegates remain up for grabs in this highly unpredictable year" and that the weeks before the June California primary allow time in which Trump can "continue to disqualify himself in the eyes of voters."

Many anti-Trump Republicans, such as Stanley Hubbard, a Minnesota media mogul and major donor who has given to Our Principles PAC, have concluded it is too late for a third-party bid to save Republicans. Hubbard wants to see the Republican race play out all the way until June 7, when the final contests are held, he said.

"Until you get the number, you're not the candidate, and close only counts in horseshoes," said Hubbard.

Cruz had vowed to keep campaigning so long as he had a path to the nomination. His only possibility was a contested convention, an outcome became less likely after Trump's win in Indiana.

The next primary will be in Nebraska next Tuesday, where one of the two Republican senators, Ben Sasse, is a leading critic of Trump. Sasse declined to be interviewed about his plans but signaled that he would continue trying to rally votes against Trump in the primary.

"I plan to keep doing what Nebraskans elected me to do: Tell the truth that America's greatness isn't found in a strongman's narcissism but in our Constitution's celebration of limited government, natural rights, free speech, and equal opportunity," he said.