Cruz should stop the blame game 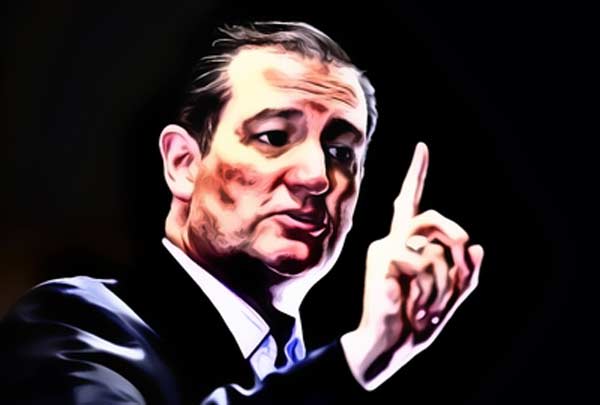 Losing a presidential election is agonizing, especially if the opponent who beats you is so obviously lacking in moral character and policy know-how. It is therefore entirely understandable that Sen. Ted Cruz, R-Texas, wanting to preserve his dignity and political viability, would be so vocal about his belief that Ohio Gov. John Kasich, by staying in the race, and Sen. Marco Rubio, R-Fla., by not agreeing to be Cruz's vice president, doomed his chances. (Rubio's camp denies that Cruz ever made a clear offer.)

There are two problems with Cruz blaming others. First, it is not at all clear that Kasich voters would have gone to Cruz. When Cruz finally got his one-on-one matchup in Indiana, he got thrashed. When given the chance to compete against Donald Trump in the so-called SEC primary, where Kasich was weak, Cruz did not win the states that he expected, a sign he was not winning over evangelicals in sufficient numbers. He was losing those voters to Trump, not Kasich.

As for Rubio, it is far from clear that having him as Cruz's VP would have helped Cruz, despite whatever polling the Cruz team came up with. The teaming of two freshmen senators lacking executive experience and displaying gaping differences on immigration may have made Cruz's life more difficult.

Running on a strong anti-immigration platform, Cruz could well have discouraged his supporters by adding Gang of Eight participant Rubio. That would only have added credence to the allegation that Cruz is too manipulative and slick for his own good.

Blaming the other two candidates suggests that Cruz, if not for them, could have gained support of "somewhat conservative" and moderate voters. There is zero reason to believe that is true. Cruz spent his time in the Senate bashing such Republicans; they in turn saw him as reckless and irresponsible. (In some ways, Trump is now repeating Cruz's error by attacking House Speaker Paul Ryan.)

This is one reason Cruz's unfavorability ratings were so high. No, Cruz's fate with these voters was almost certainly sealed not by Kasich or Rubio, but by his own participation in the 2013 shutdown and his turn to the far right to keep up with Trump on immigration. Cruz had a flawed vision of the party that overestimated the strength of "very conservative" voters. As a result, his base was too narrow and ultimately unsustainable.

Moreover, Cruz shouldn't be playing the "Who let Trump win?" game. It was Cruz's decision not only to lay off Trump but also to fawn over him for six months that provided plenty of cover for Trump and allowed him to gain support on the right. Cruz, more than any other candidate in the race, gave Trump a level of legitimacy he did not deserve.

Cruz's team is likely looking ahead to 2020. If the "Rubio did it" argument is meant to undercut Rubio for 2020 and boost Cruz's own prospects, it is unlikely to work. There are better arguments for Cruz to make.

First, Cruz has yet to say that he would endorse the GOP nominee; Rubio has signaled that he would do so. Right there is a good place for Cruz to start in touting his own conservative bona fides over Rubio's. Rubio will be stuck justifying his support for an unfit demagogue and will take the heat for sacrificing conservative principles on the altar of partisan politics. Cruz can certainly join the #NeverTrump forces in crusading against capitulation.

If and when a third candidate is found, Cruz would do well to give that person his full support, showing that Cruz is not interested simply in his own political advancement. Cruz can show he finally and fully understands that a middle-of-the-road Republican (the kind likely to be picked as a third candidate) is his ally against the unprincipled Trump and against Hillary Clinton. For a freshman senator who made his reputation by annoying and attacking colleagues, Cruz's support for a third candidate might demonstrate that Cruz, not Rubio, is the team player on the conservative Republican team.

Second, Rubio is leaving the Senate while, presumably, Cruz is not. If the Florida Senate seat is lost, it is more than fair to ding Rubio for leaving the battlefield. Rubio refused to run simultaneously for re-election to the Senate and for election to the White House, with the excuse that he was going all-in on the presidency. Candidates on a presidential ticket generally have not given up their seats (e.g. Sen. John McCain), or if they did, they waited until they won nomination.

In fact, those close to him knew that Rubio's attention span with the Senate was short. It was widely believed that he would either run for president in 2016 or leave for the private sector to make money. There is nothing wrong with the latter, but Rubio will later be held to account for whatever ill consequences follow from his early retirement from the Senate.

In sum, Cruz does not need a self-justifying argument that seeks to absolve himself of responsibility for the 2016 loss. There is plenty of evidence that Rubio is looking out for himself, not the party or the movement.