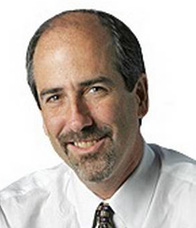 WASHINGTON --- One of President Barack Obama's top national security advisers led journalists to believe a misleading timeline of U.S. negotiations with Iran over a nuclear-disarmament agreement and relied on inexperienced reporters to create an "echo chamber" that helped sway public opinion to seal the deal, according to a lengthy magazine profile.

Ben Rhodes, the deputy national security adviser for strategic communications, told the New York Times magazine that he helped promote a "narrative" that the administration started negotiations with Iran after the supposedly moderate Hassan Rouhani was elected president in 2013. In fact, the administration's negotiations actually began earlier, with the country's powerful Islamic faction, and the framework for an agreement was hammered out before Rouhani's election.

The distinction is important because of the perception that Rouhani was more favorably disposed toward American interests and more trustworthy than the hard-line faction that holds ultimate power in Iran.

White House press secretary Josh Earnest on Friday disputed the notion that there was anything misleading about the administration's advocacy of the agreement.

"I haven't seen anybody produce any evidence that that's the case," he said at his daily briefing. "I recognize there might be some people who are disappointed that they did not succeed in killing the Iran deal. Maybe these unfounded claims are the result of sour grapes. The truth is, the administration, under the direction of the president, engaged in an aggressive campaign to make a strong case to the American people that the international agreement to prevent Iran from obtaining a nuclear weapon enhanced the national security of the United States."

Rhodes, 38, said in the article that it was easy to shape a favorable impression of the proposed agreement because of the inexperience of many of those covering the issue.

"All these newspapers used to have foreign bureaus," he said. "Now they don't. They call us to explain to them what's happening in Moscow and Cairo. Most of the outlets are reporting on world events from Washington. The average reporter we talk to is 27 years old, and their only reporting experience consists of being around political campaigns. That's a sea change. They literally know nothing."

Rhodes set up a team of staffers who were focused on promoting the deal, which apparently including the feeding of talking points at useful times in the news cycle to foreign policy experts who were favorably disposed toward it. "We created an echo chamber," he told the magazine. "They (the seemingly independent experts) were saying things that validated what we had given them to say."

The manager of the White House's Iran twitter feed, Tanya Somanader, said one reporter, Laura Rozen of the Al-Monitor news site, became "my RSS feed. She would just find everything and retweet it."

Rozen, in an email, said she does not know Somanader and that Samuels did not ask her about the staffer's claim before publishing his story. "As I read it, (Somanader) says my Twitter feed was a source of info for her ... Samuels seems to mischaracterize that to say the opposite."

She said she has had a long interest in U.S. Iran policy and covered "over 20 rounds of the Iran nuclear deal negotiations" over four years. "I do retweet lots of info, from lots of sources" - including, she noted, the Russian Ministry of Defense, "which I hardly expect most to take at face value or as an endorsement." She maintained that her coverage of the Iran nuclear diplomacy "was certainly not done as a favor to or in support of any administration."

Rhodes' assistant, Ned Price, told the newspaper that the administration would feed "color" - background details - to their "compadres" in the press corps, "and the next thing I know, lots of these guys are in the dot-com publishing space, and have huge Twitter followings, and they'll be putting this message out on their own."

In the story, Rhodes speaks contemptuously of the Washington policy and media establishment, including The Washington Post and New York Times, referring to them as "the blob" that was subject to conventional thinking about foreign policy.

"We had test drives to know who was going to be able to carry our message effectively, and how to use outside groups like (the anti-nuclear group) Ploughshares, the Iran Project and whomever else. So we knew the tactics that worked," Rhodes said.

Speaking of Republicans and other opponents, including Israeli Prime Minister Benjamin Netanyahu, Rhodes added that he knew "we drove them crazy."

He also cast doubt on the moderate nature of Iran's regime: "I would prefer that it turns out that Rouhani and (Iranian foreign minister Javad) Zarif are real reformers who are going to be steering this country into the direction that I believe it can go in, because their public is educated and, in some respects, pro-American. But we are not betting on that."

Rhodes' boss, Obama, has been a strong and consistent advocate for the agreement with Iran, which requires the country to stop its nuclear weapons program in exchange for the lifting of economic sanctions. He reinforced the misleading administration timeline in announcing the agreement last July. "Today, after two years of negotiations, the United States, together with our international partners, has achieved something that decades of animosity has not," he said then.

Rhodes' free-wheeling and cynical comments reminded several White House and national-security reporters of an infamous 2010 story in Rolling Stone magazine in which Gen. Stanley McChrystal, the commander of U.S. forces in Afghanistan, and his aides mocked civilian government officials, including Vice President Joe Biden. McChrystal apologized for the comments but later tendered his resignation, which Obama accepted.

The Times article notes that Rhodes is a published short-story writer and aspiring novelist who is a skilled "storyteller."

"He is adept at constructing overarching plotlines with heroes and villains, their conflicts supported by flurries of carefully chosen adjectives, quotations and leaks from named and unnamed senior officials," author David Samuels wrote. "He is the master shaper and retailer of Obama's foreign-policy narratives."