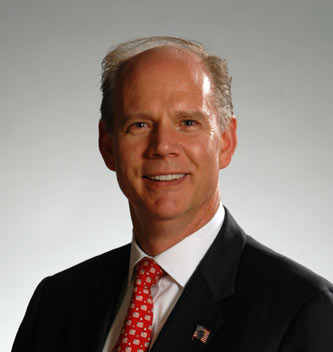 I've been watching a lot of commercials citing Governor Cuomo's achievements in making New York State more affordable, greener, and other exaggerations. Meanwhile my youngest child has joined two other siblings in leaving New York for lower taxes and better economic opportunities in a red state. I am a native New Yorker who was born and raised in Spanish Harlem at a time when New York City was the greatest in the world because of its neighborhoods and the people, both rich and poor. It was a city replete with immigrants from all over the world. The difference between those and the immigrants of today is that they all were thrilled about being here and determined that their children would become real Americans. Today's immigrants are more inclined to view America as a nation to be exploited and conquered.

The recent riots and uprising in the city of Baltimore is testament to the vapid and dangerous rule by socialist democrats who get elected promoting envy and victimization politics. The most blighted, crime-ridden urban cities in the nation have been dominated by Democrat reigns for decades and some of the blame for that is the lackluster opposition by the cowardly disengaged GOP establishment. The mainstream media keeps excusing the Baltimore rioters as disgruntled citizens tired of racial injustice. What nonsense! The sad truth is that the MSM and political patronizers are more racist and dishonest than the KKK. They both believe that blacks are less intelligent and childlike than other ethnics and thus need the protection of the government. I suggest that you access Prager University coed-Chloe Valdary's video to recognize the truth.

New York City has always thrived under Republicans with the exception of the Bloomberg reign. Of course, Bloomberg was never a bona fide Republican but a liberal Democrat who switched parties for personal gain. Rudy Giuliani, while not a social conservative, was the ideal mayor in the mode of a Fiorella Laguardia. Now we have as our mayor, another left-wing socialist, anti-cop, a la David Dinkins, Bill deBlasio, who was born with the name Warren Wilhelm, Jr. Question-why did he change his name? And why does he hate the NYPD, our protection against anarchists?

The Baltimore protesters who are being paid by someone since they are all wearing the same t-shirts and professional signs are promising to bring their campaign here. It will be interesting to see whether the Mayor supports his own police force. If New York City and New York State ever wants to regain its past glory, the citizens will have to think about abandoning the Democrat party. It is not our parent's political party. It has become totally left wing socialist. It is the party that forced decent men like Sen. Zell Miller to leave it.


There will be a special election on Staten Island on May 5th to replace the seat that Rep. Michael Grimm was forced to resign from. His adversaries say that he left in disgrace when he pleaded guilty to tax evasion from an earlier business but I knew that he was a goner as soon as I heard what he said at a tea party town hall meeting soon after he was first elected. He had discovered that in Washington, nobody, on either side of the aisle, cared about anything except getting reelected. As soon as he said that out loud, I knew that he would be hated by the left and abandoned on the right. I did what I could to get the truth about this fine young man, a former marine, FBI agent and war veteran. But the knives were too short and the money behind the campaign to unseat him too enormous.

The Republican to replace him is a wonderful candidate whom I heartily endorse. Dan Donovan has been a compassionate, honest District Attorney since 2004 and has served this borough well. He is compassionate, competent and a bona fide supporter of the NYPD and has been endorsed by two police unions.

During his tenure as District Attorney, he has the highest conviction rate ever for the borough. He has cracked down on drunk drivers, making sure they never get behind the wheel of a car again. To combat domestic violence, Donovan introduced a GPS bracelet monitoring program to track DV offenders and collaborated with the Mayor's Office to Combat Domestic Violence (OCDV) to launch the Coordinated Approach to Preventing Stalking (CAPS) Program, the city's first-ever anti-stalking initiative.

Trying to get any bills passed by the Democrat controlled assembly has been Donovan's biggest difficulty and it was a delight to hear that Democrat Sheldon Silver, Assembly leader for decades was finally arrested for corruption. Next week, his Republican cohort in the Senate, Dean Skelos, may be meeting that same fate. Governor Andrew Cuomo may even be a future target by Federal prosecutors.

New York State has been awarded the title of the most corrupt state in the nation by a Monmouth University poll and that is why so many young people like my children are seeking better choices in red states. I'd rather stay and fight to change this state to blood red and to do this, we need to start electing worthy politicians like Dan Donovan into office. It's a huge job but we have to start somewhere. We can save New York but it begins with one election at a time. On May 5th, the battle begins.