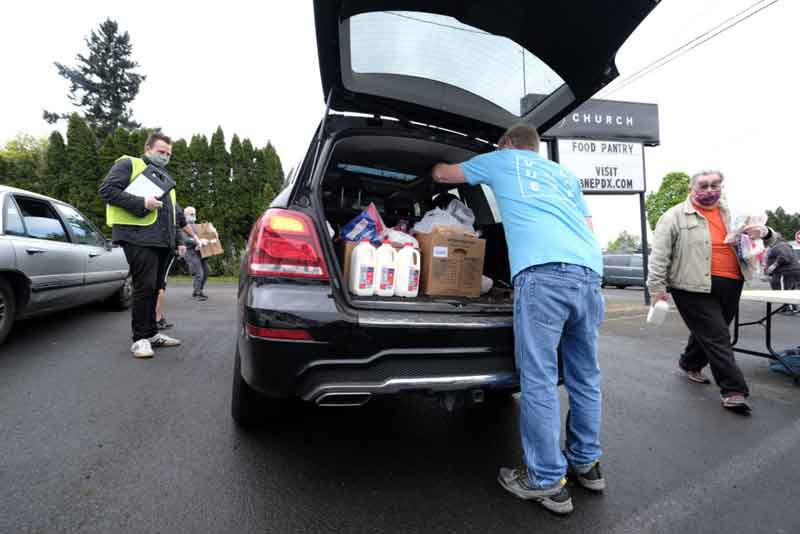 Unlike the tens of millions of Americans who have lost their jobs, America's cultural elites, in politics, government and media, are doing just fine during the coronavirus shutdown.

Some of the politicians are paid well enough to hoard gourmet chocolate ice cream in their expensive kitchen freezers, like House Speaker , rightly dubbed by as our very own .

"I enjoy it," Pelosi said of her chocolate stash on "The Late Late Show" in the most tone-deaf media interview of the year, with her country out of work and people low on food. "I like it better than anything else. ... I don't know what I would have done if ice cream were not invented."

As shout "Let them eat ice cream," the shout that President is at it again, with his wantonly barbaric Twitter thumbs, virtue-signaling and rallying his Trumpian base about stopping immigration.

But then, after pressure from agribusiness lobbyists and the high-tech lords, Trump pulled back and decided to allow temporary workers to keep working on farms, and in , where they have already displaced higher-paid Americans.


So, everybody who counts votes or money gets their say. But what about those who don't?

Like those Americans who've just lost their jobs. And small-business owners losing everything they've saved a lifetime for. The government shut them down, too, and they don't get much of a say, do they?

If they dare protest, if they demand to work and run their own lives, they're condemned by mouthpieces of the left as a bunch of greedy fools Who Just Want People to Die.

And who wants people to die?

In this, America's elites are very much like the wealthy rich in Boccaccio's "The Decameron," safe behind the walls of a secluded villa outside Florence, full of wine and full of ourselves, babbling on and on about love and morality during The Plague.

We telecommute to work on our laptops, where we debate the nature of this coronavirus death model and that coronavirus death model. From the safety of our screens, secure in our home offices, perhaps just a few feet from some freezer loaded with gourmet ice cream, we wax on and on when it might be acceptable for Americans to venture forth and take a risk.

Risk? What is this word? Our American culture has been working to eliminate risk for decades. Now, all the kids get a trophy. Universities aren't about challenging the young, they're about "safe spaces" from difficult ideas. And helicopter parents hover like those drones that'll take your temperature -- and determine the rate of infection -- from the sky.

Take the tribal politics out of it and think about the unemployed guy at the food pantry waiting for a box of charity food to feed his kids. He has worked all his life yet now finds himself unemployed, not through any fault of his own, but because government has deemed his job to be "nonessential."

He hears the politicians giving their daily coronavirus briefings to the media, expressing sympathy and concern, telling him that if he just shuts up and goes along with the shutdown rules, there could be light at the end of the tunnel. In some states, he can't buy tomato plants for a garden. In others, he can't drive to his church parking lot and sit inside his car and say a prayer.

He knows the state-licensed weed dealers are working. The liquor stores are open.

If he drives into the large cities, into rough neighborhoods dominated by street gangs, he knows he'll see the dealers slinging heroin. In some neighborhoods it is a never-ending party, people hanging out in the streets, getting infected, going home to infect their elderly family members.

And no pundits or big-city politicians dare condemn them as murderers Who Just Want People to Die. The mayors just send in the cops, many without masks, to deal with it, and hope the media ignores it for yet another day.

Bureaucrats don't wait in line for charity food. Nobody in politics has been laid off. And businesses that rely on government contracts are fat, like the road builders. Because coronavirus or no coronavirus, the kings of asphalt and concrete are always first in line.

And what of the small-business owner who doesn't build roads? She risked everything to open her business. She went into debt. But there are no customers now, and the landlord wants the rent and the taxman is always waiting.

She doesn't see herself as someone who Just Wants People to Die.