You can catch teen depression before it ruins your child's life. Here's how 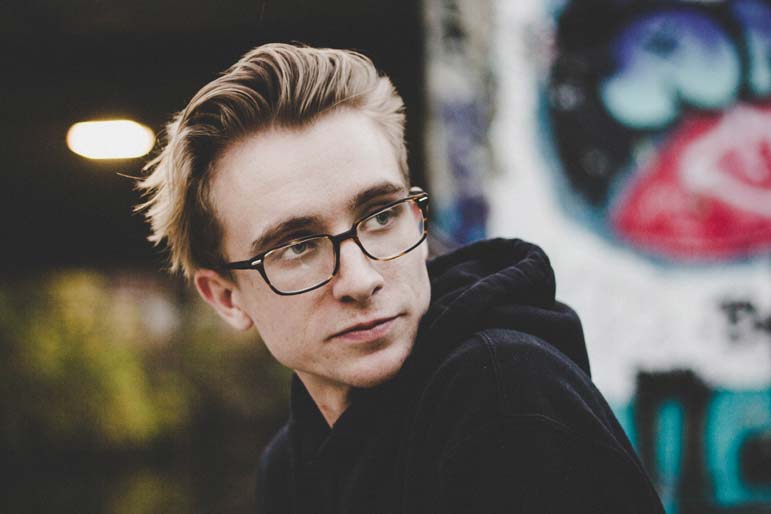 A pediatrician may be the care provider best equipped to identify adolescents who struggle with depression so they can begin receiving treatment, according to new guidelines published this week by the American Academy of Pediatrics.

Estimates place the number of youths who experience depression during adolescence at 1 in 5. But the academy and the American Psychological Association have both noted that teens who have depression are not always diagnosed or treated and symptoms go unrecognized or are brushed off. Adolescents should be screened every year, according to the new guidelines.

The guidelines update is the first in a decade and was crafted by a panel of experts that included members from the academy, the Canadian Pediatric Society and psychiatric associations from both the United States and Canada. Published in two parts online in the journal Pediatrics, the first addresses depression screening and early management, while the other focuses on treatment and long-term issues.

"During the last 10 years, we've seen an increase, sadly, in depression and suicide in adolescents and children — and also a shortage of psychiatrists and mental health providers for children," said Dr. Charles Pruitt, president of the Utah Chapter of the American Academy of Pediatrics and a pediatric emergency medicine expert at Primary Children's Hospital.

"A lot of parents go to their pediatrician for the scraped knees and sore throats but don't think of them when it comes to seeking help for emotional and behavioral issues," said Dr. Rachel Zuckerbrot, lead author of the guidelines, in a written statement. She added that the goal of the academy is to give pediatricians support to identify and treat young patients who exhibit symptoms of depression and related issues.

That's a solid concept, Pruitt said. "Pediatricians are really on the front line."

Parents of teens who are depressed may not spot it right away, partly because youths are more likely to come across as irritable than sad. Adults often chalk up what could be behaviors that indicate depression to moodiness or "hormones" or some other teen-related cause, according to the pediatricians group.

Teen depression may also be hard to pinpoint because when teens do describe feelings of depression, that's not what they call it; they use a different vocabulary. "Stressed" may feel like a more acceptable term than "depressed," according to study findings last year by researchers at the University of Illinois Chicago College of Medicine and College of Nursing.

Working with teens all over the country, often in their homes, marriage and family therapist Tim Thayne said he's seen the challenges for which kids seek his care change over time, as have the kids themselves.

When the Lehi, Utah, therapist who wrote "Not by Chance: How Parents Boost Their Teen's Success In and After Treatment" started a treatment program roughly 17 years ago, "I was getting a lot of kids that were oppositional, defiant and hostile. These days, I don't see too many of those kids. Now it's anxiety." And depression.

One of his colleagues worked for a company that screened eighth- and 10th-graders using tools to identify those who potentially had mental health challenges. Thayne said a quarter of those they tested met the requirement of needing to talk to a clinician. "That's a huge number."

The academy's guidelines acknowledge some teens may not speak frankly about their feelings in front of their parents, so it recommends pediatricians having separate private conversations with both adolescents and parents.

Treatment is well within the realm of pediatric care, and pediatricians should make themselves comfortable with the task, said Pruitt, who suggests working in tandem with other experts who can provide important needed treatments that are not in a pediatrician's skill set, like cognitive behavioral therapy. "They should work in partnership as part of a treatment plan."

Lisa Bahar, a marriage and family therapist in Newport Beach, California, agrees, noting the referrals should go both ways. She said she routinely asks parents if a pediatrician has seen the child "to rule out medical criteria that may be influencing emotional or behavior concerns."

Both Bahar and Thayne believe pediatricians should also take care to hand off treatment to mental health specialists when needed and should work with them in providing care to a young patient.

At what point should pediatricians and parents seek more specialized help? "When there (are) internal thoughts provoking anxiety, negative self-talk and passive suicidal thoughts," Bahar said. "'Oh, it would be just so easy to drive off this bridge,' or 'I don't want to be a burden; this is too much,'" or "'Why don't I fit in? What's the use?'"

The new version of the guidelines is aimed at youths 10 to 21. And for the first time, it also includes support for screening all adolescents for depression starting at age 12, a move the academy has been supporting.

The form youths will answer for the screening "will be more than just 'I feel sad on a scale of 1 to 5'; it'll be much more detailed and ask for more situational and informational stuff, so that we can be much more specific in our diagnosis," said family psychologist Jennifer Hartstein, an adjunct professor at Ferkauf Graduate School of Psychology, part of Yeshiva University in New York, to "Today."

Because pediatricians often know not just a teen's but a family's history, they may be "especially vigilant in monitoring teens who have a family history of depression, trauma, substance abuse or adversity," the guidelines state.

Other specific recommendations include:

• Creating a treatment team composed of patient and family and access to mental health experts;

• Education and screening tools to identify and diagnose patients, including differentiating among mild, moderate and severe depression;

• Education on depression and management options;

• Advice on forging a safety plan, if it's needed, which would include eliminating access to "lethal means like guns in the home" and setting up emergency communication.