Looking for 'solutions' to mass killings? Start with punishing failure 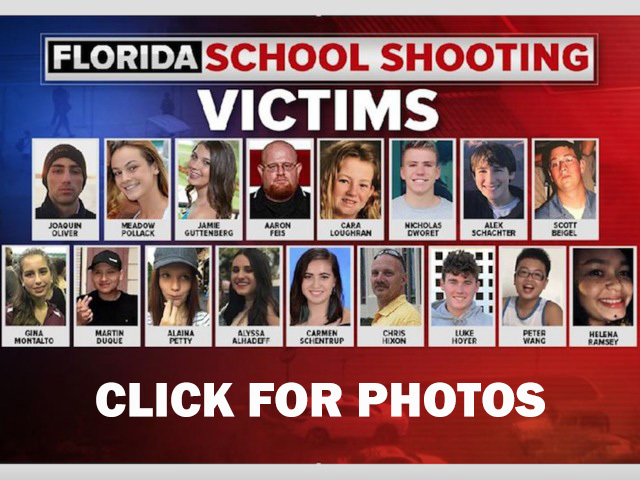 Law enforcement keeps failing, and people keep dying. Where are the consequences? Where is the accountability?

Despite receiving a warning directly from the Russian government, the FBI failed to stop the Tsarnaev brothers from staging the Boston Marathon bombing. Despite having plenty of resources, the Charlottesville police failed to stop a car attack that left a woman dead. The FBI interviewed Omar Mateen, the Orlando Pulse nightclub shooter, and considered criminally investigating him. They didn't — possibly because his father was an FBI informant.

The FBI also missed numerous "red flags" before the San Bernardino shooting. And despite having lots of warning, the FBI, the Broward County schools and the Broward Sheriff's Department under Sheriff Scott Israel all failed to stop Nikolas Cruz from shooting up a high school.

And yet these repeated failures — among others — keep getting swept under the rug as we look for "solutions" to the problem of violence. No doubt Israel and the others whose incompetence made it possible for Cruz to kill his classmates were relieved to see our national discourse veer into questions of whether Laura Ingraham should lose sponsors for mocking David Hogg's college-admissions failures, instead of their own failures to do their jobs.


But now comes a hero to remind us what it's really all about.

Parkland student Anthony Borges, who used his body to shield 20 fellow students from the gunman, emerged from the hospital over the weekend to remind us that the shooting resulted from the failures of the sheriff and school superintendent to protect students.

In his statement, Borges said the school's Promise program — designed to keep student offenders out of the criminal justice system — created a permissive atmosphere and gave Cruz a pass on behavior that, if prosecuted, would have left him ineligible to purchase a gun.

According to Borges, Israel and school superintendent Robert Runcie "failed us students, teachers and parents alike on so many levels."

There seems little room to argue. The Miami Herald published a chilling timeline about how authorities were warned about Cruz but failed to act. Then, once the shooting started, cowardly deputy Scot Peterson — who has since resigned, the only person so far to pay any price for failure — did not enter the school. Nor did three other deputies who hid behind cars in the parking lot. And when reinforcements arrived, they "established a perimeter" instead of immediately seeking out and engaging the shooter, as the department's own doctrine demanded.

Since then, we've had a lot of what the father of genuine hero Borges, according to the family's lawyer, calls "bubblegum hero stuff." But there's been no accountability for the adults whose incompetence, or worse, made this slaughter possible. And, as with the earlier examples above, that's par for the course. Over and over again, when the government fails, there are no consequences for those overseeing the failing.

This is why calls for more gun control ring hollow. When the laws that would have prevented Nikolas Cruz from getting a gun failed because those in charge of executing them chose — chose — not to enforce them, because doing so would have made the school's crime reports look bad, then it's hard to believe that more laws will make a difference.

You know what might make a difference, though? Consequences.

Consequences for those who failed Parkland's kids. Sheriff Israel shouldn't still have a job. Neither should School Superintendent Runcie. And a lot of deputies and FBI agents should be facing, at the least, sharp (and public) questioning about why they failed here.

If we're not willing to impose basic accountability on those in charge of keeping kids safe, then we don't really care and everything else is just noise. So which is it?