In Iran's crisis, opportunity for Trump and Europe 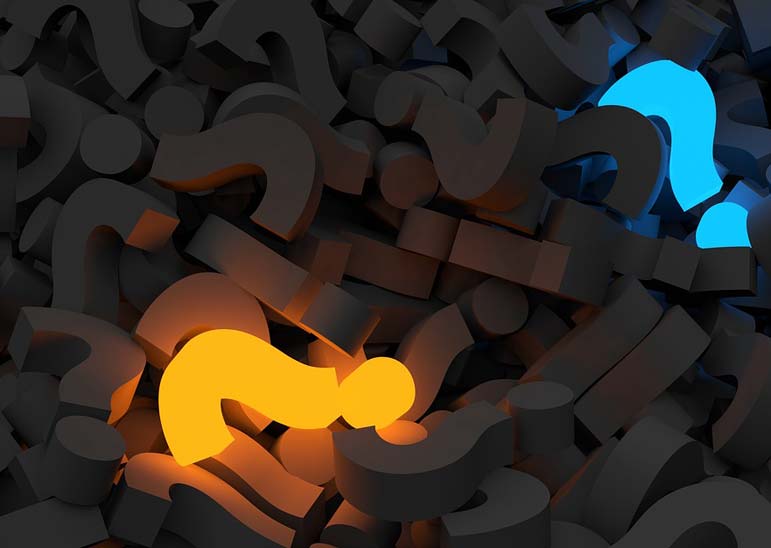 May 12 is the deadline for President Donald Trump to decide whether to re-impose crippling sanctions, which were lifted by the deal that was intended to provide transparency into and temporary limits on Iran's nuclear development.

This week French President Emmanuel Macron and German Chancellor Angela Merkel will press Trump to hold off. Iran's foreign minister, Javad Zarif, went on CBS to threaten that Iran had "unpleasant" options should Trump impose the sanctions. Even HBO late-night host John Oliver has gotten in on the act. His program will take out ads this week on Fox News asking the president to remain in the nuclear bargain that was forged by Barack Obama. Trump's own nominee for secretary of state said recently that his preference is to strengthen, and not end, the nuclear deal.

That bargain is no doubt important. There are however more pressing matters than the fate of the nuclear deal -- namely the fate of the Iranian regime. Any consideration of abrogating or maintaining the deal should include how the actions would affect the regime and the pro-democracy resistance.

It's an easy story to miss, but since late December when protests broke out throughout the country, Iran's ruling clerics have faced a cascade of crises that pose the most serious threat to the regime's legitimacy since the 1979 Islamic revolution.

Let's start with the currency crisis. There is already a run on Iran's banks. The Iranian rial has lost a third of its value in 2018 compared to the U.S. dollar. One dollar is worth around 60,000 rials on the black market in Iran today. Compare that to when the current president, Hassan Rouhani, took power in 2013 -- when the dollar was worth 36,000 rials. That was before Obama offered Iran any sanctions relief, when Iran's government was fast running out of cash reserves.

There is also an ecological crisis in Iran. As Reuters reported last month, several protests have erupted throughout the country because of an ongoing drought and government's botched response. Farmers are being driven off their land. The regime has started arresting environmental activists. The state is running television commercials urging the conservation of drinking water.

Finally, there is a foreign policy crisis. One of the catalysts for the first round of mass demonstrations in December and January was a leak of the official budget. It showed that billions of dollars were funneled to Iran's military and Revolutionary Guard Corps, currently waging hot wars in Syria and Yemen, while Iran's youth unemployment rate continued to rise. This is one reason many of the demonstrators today chant slogans that proclaim Iran should focus on its problems at home and not on sowing mischief abroad.

All of these factors have stoked the embers of the protests that began nearly five months ago. They also explain why the regime has not been able to quiet the demonstrations the way it did in 2009 following rigged presidential elections, by arresting and "disappearing" the urban elites who took to the streets.

This time around the protests have spread to different strata of Iranian society. Alireza Nader, a former Iran specialist for the RAND Corporation, notes that even former insiders like the onetime president Mahmoud Ahmadinejad are predicting an end to the current regime. His electoral larceny in 2009 prompted the last uprising.

Nader this week translated on his Twitter feed Ahmadinejad's words to supporters, recorded by BBC's Persian Service at a recent rally. He said the current regime acts "in a way as if they'll be around forever. They have no news of what's happening. There's not ground below their feet. Events in Iran will soon transform the whole world."

Nader told me this week that he does not think Ahmadinejad has had a change of heart. Rather, "he is now positioning himself because he knows there will be a major upheaval and he doesn't want to be a guy who gets lynched."

And he's not alone.

Geneive Abdo wrote for Bloomberg last month that there is now lively debate and protest over the detention of Ayatollah Hussein Shirazi, a prominent cleric who has challenged the divine authority of Iran's supreme leader, Ayatollah Ali Khamenei. As I reported this month, Iran's Nobel laureate and human rights lawyer Shirin Ebadi, along with other activists, are now calling for indigenous regime change through a U.N.-monitored referendum that would eliminate Khamenei's position of supreme leader altogether.

All of this presents an opportunity for Trump, Macron and Merkel. Europe and the U.S. cannot take over the insurrection in Iran, nor should they. But the great Western powers can at least open a channel for future support.

"The majority of Iranians want change," Nader told me. "They no longer believe in the game of moderates versus hardliners. Right now is the perfect time for the U.S. government to establish an official connection with the Democratic opposition."

Ebadi would be a good place to start. But there are plenty of other Iranians living outside the country who could help establish a way for the West to coordinate policies of solidarity with the Iranian people who seek to unseat the clerics.

The insurrection is all the more reason for Trump to let the Iran deal ride as it is. Any deal to fix it might save the regime at a moment the world should let it fall. A step in the other direction, like re-imposing sanctions, could give the regime a pretext to spark a nuclear crisis and distract the Iranian people from the regime's misrule.

For years Iran pursued a diplomatic strategy to entangle the West in negotiations while it built up its nuclear capability. Now Trump, Macron and Merkel have an opportunity to return the favor by dragging out diplomacy while the regime wobbles. Let's use negotiations over the nuclear deal to maintain the uncertainty that discourages foreign investment in Iran. Every week of inaction, every week of back-and-forth among Western allies, buys more time for the next Iranian revolution.