A vote to reject Mike Pompeo would be incredibly reckless 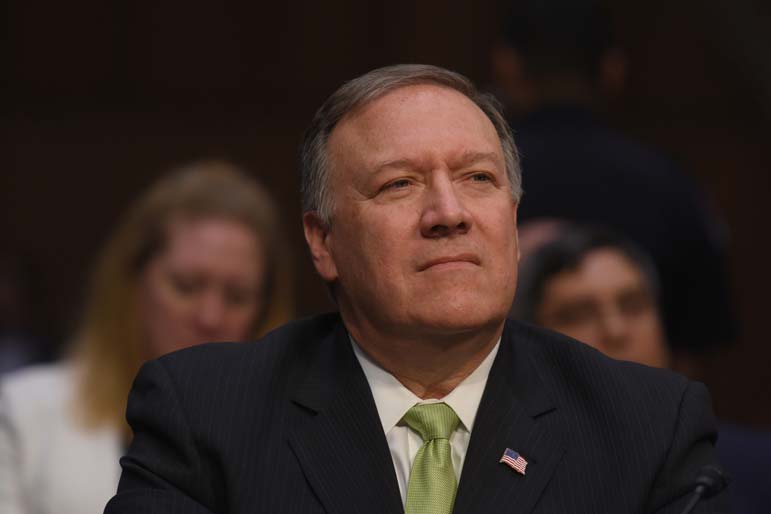 When the full Senate votes on CIA Director Mike Pompeo's nomination to be secretary of state this week, the choice in front of every senator will be much more significant than a typical confirmation vote.

Marc A. Thiessen, who's column appears in JWR, has already laid out the colossal mistake the Senate Foreign Relations Committee would commit in voting against backing Pompeo's nomination.

But now every senator will cast their vote against the backdrop of positive developments on the Korean Peninsula. I am as skeptical as anyone that Kim Jong Un will ultimately make a deal with the United States that rids his country of weapons of mass destruction as Libya's Moammar Gadhafi did.

But unlike Gadhafi, Kim could get a guarantee from China and the United States of safe haven and lots of cash if his regime crumbles, as well as the sort of nonintervention guarantee that Fidel Castro and Nikita Khrushchev got from President John F. Kennedy in 1962.

Such a deal is a very long shot, but the moves and announcements from North Korea have been surprising and all to the good since Pompeo went to Pyongyang over Easter. And crucially, our ally South Korea desires that the United States play out this set.

There's only a small chance that President Donald Trump will succeed where Presidents Bill Clinton, George W. Bush and Barack Obama did not, but so what?

If Trump succeeds, partisans of the preceding presidents will be able to claim that "strategic patience" paid off.

Far more importantly, the recklessness of the regime will be reduced, and the prospect of an assembly line of nukes and missiles running out of control like the chocolates on the conveyor belt in the famous "I Love Lucy" episode will end.

The world could breathe easier. Who cannot see that this very long shot is worth not screwing it up with purely partisan posturing?

Now every senator has to say, via his or her vote, either that they know for certain that the rejection of Pompeo's nomination wouldn't adversely affect these negotiations because Kim will understand and not care a bit, or that they don't care about the risk that he would.

The first assertion is absurd - no one knows how Kim would react - and the second is incredibly reckless.

Some Pompeo critics have compared blocking him to blocking Merrick Garland, as though the Senate's choice in 2016 to delay a lifetime appointment to an independent branch of government until the people voted is somehow comparable to the confirmation of a senior Cabinet member for a limited term.

That's not an argument; it's an outburst of frustration. Others excuse blocking Pompeo by pointing to Republican opposition to the Iran deal, which confuses the objection to a terribly flawed end product with tackling the negotiator who has begun the very delicate process before a second round begins.

It is unbelievable to me that responsible people would further risk scuttling what are already tricky negotiations. But Trump Derangement Syndrome runs deep, and the anger on the left at being denied the executive branch by those inscrutable Trump voters leads to their senators being pummeled with demands for irrational actions.

Votes such as this are precisely when the serious lawmakers show up, or alternatively, would-be bridge senators fracture their credibility.

Sens. Heidi Heitkamp, D-N.D., and Joe Manchin III, D-W.Va., may not have saved their seats by announcing their support for Pompeo, but at least they have saved their reputations as serious senators.

The choice remains in front of Indiana's Joe Donnelly, D, Missouri's Claire McCaskill, D, and many others. The vote on Pompeo to become the secretary of state is one that will define a senator, not Pompeo.