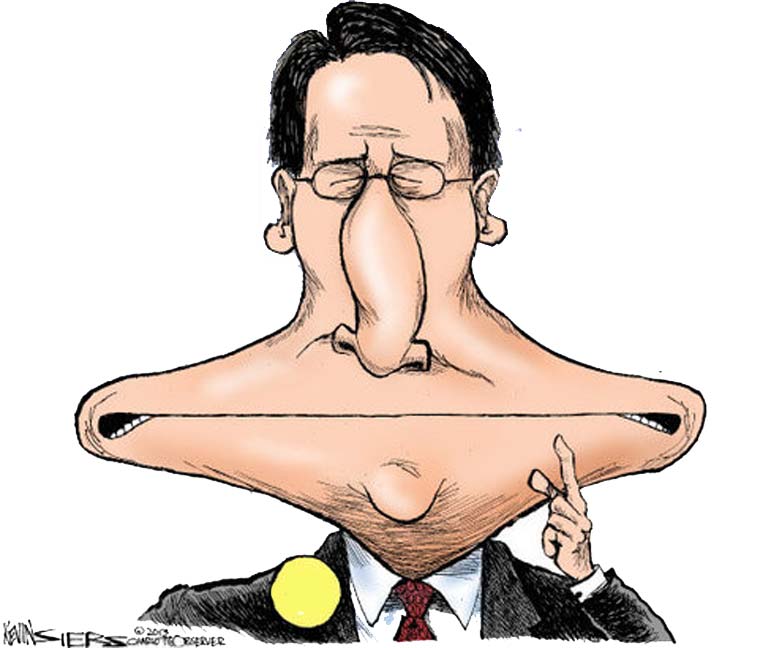 As writers, it's inevitable that we open ourselves up to periodic criticism. What's less inevitable is how much thought we give to whether or not that criticism is justified.

In response to last week's column, "Villains as role models", I received the following comment:

Rabbi — Was it "ethical" of you to write a hatchet-job on Masters champion Patrick Reed, repeating allegations without any effort to check with the source of your story?

Perhaps instead of being judgmental and calling yourself "ethical" — maybe, just maybe, those stories about Mr. Reed are untrue or exaggerated. Or maybe there is another side of the story. But it's too late now, isn't it? The gossip — and the pillow feathers — are just tumbling farther away.

Let's begin with what my correspondent got right.

Maybe the stories about Patrick Reed are untrue or exaggerated. This is a very real possibility. There's nothing new about fake news. Stories in any medium are frequently inaccurate — especially on the internet — and always warrant suspicion.

That being said, I attempted my due diligence, visiting multiple sites and discovering no dissenting opinions or alternative facts. I found further confirmation from reports that, when questioned about his reputation, Patrick Reed responded evasively rather than denying outright the charges against him — except in the one case I cited.

NOT FEELING THE LOVE

My correspondent is also correct that words cannot be unsaid any more that feathers can be put back in the pillow. But — again, reportedly — Patrick Reed seems to enjoy his "bad boy" image. And that was the impetus for my column.

It's one thing for a competitor to draw pleasure from antagonizing an antagonistic crowd if he's unpopular because of his nationality, his skin color, or because of a cross-town rivalry. But to thumb one's nose at a crowd that wants to cheer for a champion worthy of cheering for — that's downright twisted.

But here's the heart of the matter: Jewish law fervently prohibits defamatory speech and malicious gossip. The excuse that it's true is no excuse at all in cases where reputations or livelihoods will be damaged by the circulation of unflattering information. Truth is no justification for purposeless denigration.

So was I wrong to go off on Patrick Reed? Not necessarily.

The same law that prohibits defamation actually obligates us to publicize negative information where there will be some broader, tangible benefit. That rule generally applies to protecting others or oneself from either financial or reputational harm. But in today's world of disintegrating standards and values, it may also apply to the actions of corrosive or toxic individuals whose public or private conduct threatens to erode the underpinnings of civil society.

Which brings me to the only real quarrel I have with my correspondent: the accusation that I was "judgmental."

If the stories I cited turn out to be false, I promise an immediate apology and retraction. But there is a world of difference between judging favorably and not judging at all. When political correctness advances to the point where we are no longer permitted to judge, we will have truly reached the sunset of civilization.

In their well-intentioned but misguided frenzy to create a more civil society, adherents of political correctness have forgotten Edmund Burke's famous dictum, "All that is necessary for evil to triumph is for good me to do nothing." We must make judgments, we have to speak out where we see evil, and we have to stand up for values and standards. If we don't, we empower and enable the wicked to corrupt the ideals of virtue and thereby pull society down into the mud of moral anarchy.

But it's not always an easy call. That's why I appreciate the letter challenging the propriety of my article. There's no app for being ethical, even when our moral compass is accurately calibrated.

Countless shades of gray separate the black and white world of what is legal and what is illegal, what is clearly right and clearly wrong. It's the effort we put into negotiating the treacherous pathways of moral ambiguity that trains us to strive for ethical nobility and aspire to make ethical judgments.

Even if we are sincere in our efforts, we won't get it right all the time. But we will get it right more often than not, as long as we are genuinely committed to seek the ways of virtue.