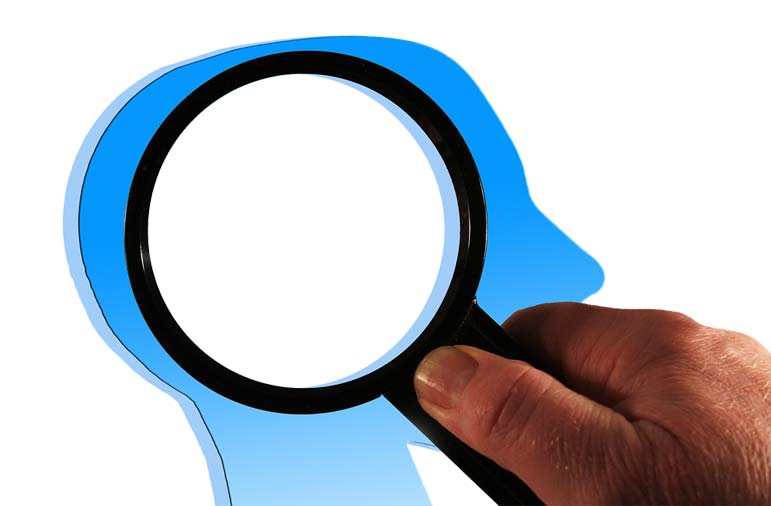 On a beautiful autumn afternoon in New York's Central Park, Carol Berman had the horrifying realization that her husband of 40 years no longer recognized her as his wife. In his eyes, she wasn't the real Carol but rather some strange woman pretending to be Carol - effectively, an impostor.

They were out for a stroll when he started yelling at a woman with a similar hairdo farther up the street: "Carol! Carol, come here!" Shocked, his wife faced him head-on, looked deep into his eyes and reassured him that she was right here. But he refused to acknowledge her as the real Carol.

Marty Berman had been a warmhearted, highly intelligent and hard-working patent lawyer for much of his life. But at 74, he began to show signs of dementia. Once proficient in math and engineering, he could no longer subtract simple numbers correctly. A man who had walked the whole of Manhattan couldn't go a few blocks by himself anymore without getting lost.

Perhaps the most painful part for Carol was when her husband's delusion developed a year or two after his initial symptoms arose. Capgras syndrome is a psychological condition that prompts a person to believe that loved ones have been replaced by identical duplicates of themselves. As a clinical assistant professor of psychiatry at New York University, Carol had treated several Capgras patients. But witnessing the delusion in the person she loved the most, whom she was already losing to dementia, was agonizing.

"The Capgras syndrome was really the breakage of our bond. It's horrible because it's such a disconnect between you and your loved one," Carol said. "He would brush me away, thinking I was an intruder or some stranger who was interfering in his life."

While much is unknown about why this delusion occurs, researchers say answers lie in the complex brain system - a system involving memory, emotion and self-identification - that enables the seaml

ess interactions with loved ones that we often take for granted.

Marty Berman's case probably developed because of his Lewy body dementia, says Carol, the same illness that had killed his father. This condition is the most common type of dementia after Alzheimer's disease, and it is caused by the abnormal buildup in the brain of proteins called Lewy bodies. Studies have shown that Capgras syndrome is relatively common in patients with Lewy body dementia, with one report finding a prevalence of 16.6 percent. Berman eventually had to be placed into a nursing home, after which the first signs of Capgras emerged. Three years after being diagnosed with Lewy body dementia, he didn't remember where he lived, the current date or how to feed and dress himself.


"I had been with him for 40 years - it was the closest relationship of my life - and then he started getting this terrible kind of dementia," Carol said. "His body and his brain started failing."

Like other Capgras patients, Marty Berman believed his wife had been replaced by an impostor. Others have dismissed loved ones as aliens, robots or clones. A number of cases have involved shocking acts of violence toward the delusional misidentified person. A 2014 report describes two cases of men with Capgras syndrome murdering their own mothers, while a 2015 report details how a Capgras patient with Parkinson's disease became increasingly violent toward the different "versions" of his wife. One earlier reported case involved a patient who decapitated his "robot" father to find the batteries in his head.

Some individuals with Capgras syndrome claim that doubles of themselves exist. The first documented patient with the syndrome, reported by French psychiatrists Joseph Capgras and Jean Reboul-Lachaux in 1923, was a 53-year-old woman who believed her husband, children, domestic servants and others had been replaced by impostors. The patient even insisted she had two or three doubles who were part of an elaborate plot to steal her identity and inheritance.

There are few recent studies of how many people may be afflicted with the disorder. A 2014 study of hospitalized, first-episode psychotic-disorder patients identified 73 out of 513 individuals (14.1 percent) with Capgras delusion.

More than 20 years ago, V.S. Ramachandran, director of the Center for Brain and Cognition at the University of California, San Diego, achieved a breakthrough in understanding the delusion through a case involving a student of his who had developed the delusion as a result of head trauma from a car accident.

"The old theory to explain Capgras syndrome was that it was some kind of Freudian thing, a childhood Oedipus or Electra complex," Ramachandran said. "You'd have a blow to the cortex, a childhood sexual attraction comes forward, and you normalize it by saying, 'It can't be my mother, or else I wouldn't be attracted to her.' "

This psychoanalytical view made no sense to him, as Capgras patients can misidentify people other than parents, even pets and plants. Ramachandran sought to go beyond the typical observational case study and performed a handful of simple experiments with his student, David, to untangle possible underlying causes of the delusion.

First, he noticed that David only thought his parents were impostors in person but not over the phone, which made him suspect the phenomenon had a strong visual component. Perhaps, for whatever reason, David failed to feel the expected feeling of warmth when looking at his parents, which made him believe they were doubles.

Normal individuals experience a greater emotional response when seeing the faces of loved ones as compared with strangers, which is measured by changes in skin conductance. Electrodes are placed on the subject's hands to record how well the skin conducts electricity, which depends on the state of sweat glands and involuntarily changes with psychological arousal.

However, when Ramachandran showed David photos of family members and strangers, his skin conductance remained at the same level for both. Ramachandran came to the conclusion that Capgras requires a disconnect between the brain modules for face processing and emotional response - namely, the temporal lobe, which is involved in the perception of faces and facial affect, and the limbic system, which is involved in emotion.

Other tests determined that he had no problem discriminating between faces, but he did have a tendency to assign many identities to the same person if the photos were taken from a different angle. Even with certain photos of himself, he would say that person is a different David.

"Normally, when you first look at a room, it incubates in your mind, and if you see another aspect of the room, you add it to the same memory file. You add all that information up to create a single file," he said. "That filing system seems to be broken in these people, and thus they duplicate things."

So perhaps Marty Berman looked at his wife, and, because of his worsening dementia, didn't feel the usual emotional glow. But what would lead him to the far-fetched conclusion that she wasn't the real Carol?

Experts argued that a damaged connection between the areas of the brain responsible for face processing and emotion would not be enough to cement such an extreme delusion. Cognitive scientist Max Coltheart and his colleagues came up with a two-factor theory of delusional belief that has since been confirmed by brain imaging in a Capgras patient. The first factor is a form of brain damage that prevents familiar faces from evoking an emotional response, but a second factor exists that prevents patients from rejecting the delusional belief.

"The idea of loved ones being impostors should be rejected if you have a proper belief evaluation system, but brain damage in the right frontal lobe can prevent this from occurring," said Coltheart, an emeritus professor at Macquarie University in Australia.

Treatment for patients with Capgras syndrome varies depending on the underlying illness - but it doesn't always help. Coltheart recommends cognitive behavioral therapy, a type of talk therapy that can help patients become aware of inaccurate beliefs. After much convincing, Ramachandran's patient David finally accepted his parents as real, but the warmth when seeing them never returned, even years later.

Other psychiatrists, including Carol Berman, have treated delusional patients with antipsychotic and antidepressant medications. "I've see people get better [with such treatment] to the point where the delusion wasn't constantly in their thoughts or disrupting their family and home life, although sometimes the belief is still there under the surface," said Paul Malloy, a professor of psychiatry and human behavior at Brown University.

During the last few years of his life, Marty Berman's Capgras syndrome faded in and out but never completely went away before he died in 2012.

Carol, who still sees patients, eventually wrote a play about Marty's condition and published a book two years ago, "Surviving Dementia," to help others cope with a loved one's disease. "During his illness he may have been the man who wasn't really there," she wrote in her book. "But finally he was the man who would always be there in my heart and mind."