' The US is preparing for the wrong war - Max Boot

The US is preparing for the wrong war 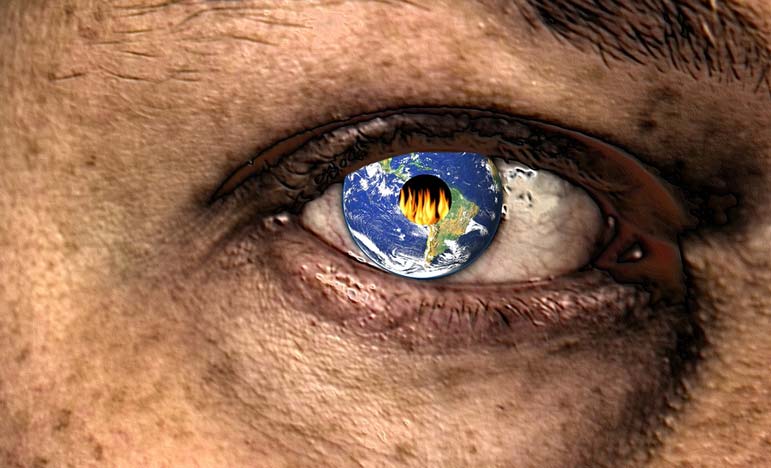 After the Vietnam War, the U.S. military deliberately set out to forget everything it had learned about the brutal and unpleasant business of fighting guerrillas. The generals were operating under the assumption that if they didn't prepare for that kind of war, they wouldn't be asked to fight it.

The emphasis in the 1980s and 1990s, even after the collapse of the Soviet Union, was on fighting conventional, uniformed adversaries. That worked out well in the 1991 Gulf War but left the U.S. armed forces tragically ill prepared for the post-9/11 wars in Afghanistan and Iraq.

I fear that history may be about to repeat itself. In discussing my new book about the legendary Vietnam-era covert operative Edward Lansdale, I have been visiting military installations, including the Army War College, Fort Benning, the Naval Postgraduate School and the Pentagon. And everywhere I go, I hear that the military is switching its focus from counterinsurgency to conventional conflict.

This is in keeping with Defense Secretary Jim Mattis' National Defense Strategy, which states: "Inter-state strategic competition, not terrorism, is now the primary concern in U.S. national security."

Mattis concedes that "threats to stability remain as terrorist groups with long reach continue to murder the innocent and threaten peace more broadly," but he is more exercised about the threats from "revisionist powers" (Russia, China) and "rogue regimes" (Iran, North Korea).

His analysis makes sense on a certain level, given that all those anti-American countries are expanding their military capabilities. But low-intensity conflict isn't going away. It's been around since the dawn of time (tribal warfare is essentially guerrilla warfare), and it will remain a major threat despite the Islamic State's loss of its caliphate.

While we still face terrorist and guerrilla threats, we also confront unconventional challenges from countries such as China, Iran and Russia that wage what is known as "asymmetric," "gray-zone" or "hybrid" warfare. As the National Defense Strategy notes: "In competition short of armed conflict, revisionist powers and rogue regimes are using corruption, predatory economic practices, propaganda, political subversion, proxies, and the threat or use of military force to change facts on the ground."

Russia is particularly adept at this type of warfare. Special Counsel Robert Mueller indicted, and the Treasury Department imposed sanctions on, the Internet Research Agency in St. Petersburg for its successful efforts to subvert the 2016 election. At virtually the same time, Russian mercenaries working for a private firm called the Wagner Group attacked a U.S. base in Syria, suffering heavy losses from American airpower.

The Internet Research Agency and the Wagner Group are owned by the same man: Yevgeniy Prigozhin, a Russian oligarch who is known as President Vladimir Putin's "chef" because he got his start running restaurants. Prigozhin wouldn't go to the bathroom without Putin's permission, but the fact that he is not a government employee gives the Kremlin "deniability" in carrying out its aggression. By employing "little green men" in Ukraine and in Syria, Putin has expanded his sway while minimizing the risk of World War III.

The Russian dictator has brought a similarly canny, covert-action mind-set to his influence operations in Europe and the United States. He has backed Russophile leaders such as Trump, Silvio Berlusconi in Italy and Viktor Orban in Hungary, while sowing dissent and confusion in Western societies. Mueller's indictment details how Trump campaign manager Paul Manafort paid a group of European politicians - reportedly including former Austrian chancellor Alfred Gusenbauer - $2.5 million to lobby on behalf of a pro-Russian government in Ukraine.

There's nothing wrong with rebuilding the United States' conventional combat capacity. By all means, buy more fighter aircraft and navy ships. Spend more time training with artillery and tanks. Those weapons are needed to maintain deterrence and keep the peace. But don't imagine that all this firepower will keep us safe. The United States urgently needs to upgrade its defenses against hybrid warfare.

Countries such as Sweden and Italy are working to combat Russian election interference by educating citizens about "fake news" and closing loopholes that hackers can exploit. (Even so, pro-Russian populists won the recent Italian election.) But Adm. Michael Rogers, outgoing head of U.S. Cyber Command, told Congress that he hasn't been granted enough authorities to fight back against the Kremlin's meddling and that the Russians "haven't paid a price . . . that's sufficient to get them to change their behavior."

Generals are often accused of fighting the last war. Actually, they are more likely to prepare for a future war that never arrives while neglecting a current conflict. The Pentagon will be repeating that mistake if it focuses its energy on conventional wars rather than the hybrid threat. In fairness, that's not all Mattis' fault. Combating hybrid warfare requires extensive civilian- military cooperation. But it's hard to fight a war when the foremost beneficiary of the enemy's attack is the commander in chief.

Previously:
03/19/18 Russia's war against the West
02/13/18 The media should stop fawning over Kim Jong Un's sister. She's an emissary of a vicious regime
03/10/17 Has WikiLeaks joined the Trump administration?

© 2020 A product of The Washington Post and Bloomberg News. All rights reserved