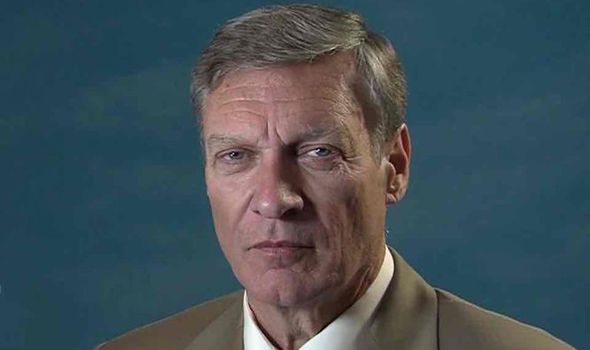 In the weeks after the 2016 election, European media, and especially British media, were desperate to find someone who could speak for Donald Trump. The transition team in Washington seemed to have no European links or contacts. The embassies knew nothing.

Into this void stepped an American businessman and academic Ted Malloch.

He was initially promoted by a publicist, according to the BBC television producer who first booked him on a program. He claimed he would be the next U.S. ambassador to the European Union.

As a result, for a brief moment he was everywhere, on every television program and at every London debate, promoting an urbane version of the Breitbart worldview.

Though perfectly polite, he compared the EU to the Soviet Union, smugly disparaged its leaders and warned Europeans that "America has a new mission - greatness."

His sudden, out-of-nowhere prominence led the Financial Times to check out some of his credentials. Alas, it turned out that he was not, as his resume claimed, a fellow at an Oxford college.

Nor had he been an "ambassadorial-level" U.N. official or honored by the Queen of England. He kept implying that he had high-level contacts in Washington - "I speak to people every week," he wrote to me when I asked.

But after several months of silence, the administration finally clarified: Actually, Malloch was not a candidate for EU ambassador and indeed never had been.

But that was not the end of the story, for Malloch, who lives in Britain, is now back in the news again: When he flew to the United States last week, the FBI stopped him, confiscated his phone and interrogated him about his connections to Roger Stone and WikiLeaks.

Somebody, somewhere, seems to think that Malloch could be part of the chain that links the Trump campaign to the Russian government - a connection that almost certainly runs via the WikiLeaks boss Julian Assange, who is famously stuck in the Ecuadorian Embassy in London, and probably through Stone and Nigel Farage as well.