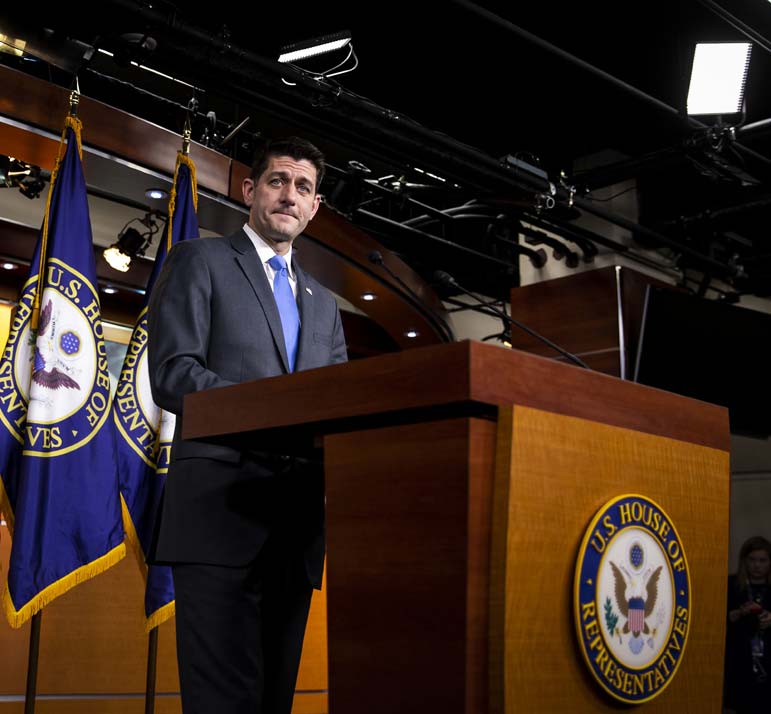 House Speaker Paul Ryan is retiring, and some say good riddance to bad rubbish while others of us say the rubbish resides in the critics.

Ryan is one of the best things to happen to Washington in years, this Wisconsin Republican who has been pragmatic, principled, prudent, caring, honest, knowledgeable, calm, compromising and innovative.

The trouble is that being the best thing can also make you a bad fit. How many others, for instance, would be so audacious as to try to fix Medicare in order to sustain it and deal with a killer debt? Doing something so responsible is to have demagogues lynch you or, seeing as how that could get them in trouble, come up with [a] video showing you push an old lady off a cliff in her wheelchair.

This is precisely the kind of vile tactic the left has consistently employed to win votes and devastate the public. The fact is that Medicare and Social Security constitute a mammoth part of the unified budget, that baby boomer retirements are causing a cost explosion and that the only way to fix things without economic mayhem is adjustments to the programs. That does not mean people are suddenly going to be cheated left and right, but that is what the left pretends by way of cheating the people left and right.

So Ryan came up with a voucher program that would still serve beneficiaries while reasonably tamping down the dangers, and that’s just not the way Washington works. Along the same lines, he then came up with a welfare reform package that would mightily serve the poor, believe it or not.

The program would be work-oriented, and here was its genius: It would have third parties regularly evaluate whether different parts were working so that it could be revised as needed and actually accomplish its objective. Fellow conservatives did not leap aboard. Nor did very many rush to embrace his concerns about mass incarceration, a significant problem in my estimation.

His fellow office holders did recognize his leadership qualities, however. Even President Barack Obama voiced appreciation for his willingness to buy into reasonable compromise. The congressman has had his share of important accomplishments and he has provided able leadership that has helped keep the worst from happening no matter how hard so many worked to get there.

Some say the latest budget was close to the worst, and it was definitely not good in its trillion-dollar deficit ambitions. Was something better possible given our confused, tweet-fixated president’s weaving-and-waving strategies and the impossibilities of anything of merit ever passing through either the Senate or the House? “Polarization” is the word of the moment, “ideological idiocy” is a competing phrase and “politics as usual” has come to mean chaos.

There are so, so many destabilizing factors in Washington today. Lacking 10 volumes in which to list them, let’s just note a special counsel probe as determined as a falling rock to land on something, a dissolution of congressional powers, an administration deserted by some while firing others and policy overstatements that are either the art of the deal or the deals of the artless.

Actually, there was a major matter that did get through the Senate and House under Ryan, and that was a tax reform measure helping to revamp the economy even as we speak. Here is something that will do so much for so many that it is hard to overstate its value. We are talking about American revitalization if doing something about the debt is not forgotten.

Ryan could just maybe help in all of this, but especially with the possibility of Democrats taking Congress in the midterm elections, futility could also become his middle name. He says he wants to spend time with his children.