Gorsuch filibuster will be the dumbest in US history 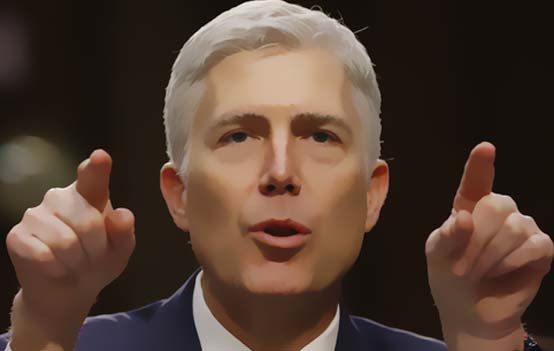 Throughout its history, the US Senate has experienced disgraceful filibusters (Strom Thurmond against the 1957 Civil Rights Act), entertaining filibusters (Huey Long in 1935 reciting a fried oyster recipe) and symbolic filibusters (Rand Paul making a point about drone strikes in 2013). But the filibuster Chuck Schumer is about to undertake against Judge Neil Gorsuch's Supreme Court nomination is perhaps the institution's dumbest.

It won't block Gorsuch, won't establish any important jurisprudential principle and won't advance Democratic strategic goals, indeed the opposite. A Gorsuch filibuster would be an act of a sheer partisan pique against the wrong target, with the wrong method, at the wrong time.

The effort to portray Gorsuch as out of the mainstream has fallen flat. He has the support of President Barack Obama's former solicitor general, Neal Katyal. He got the American Bar Association's highest rating. He's been endorsed by USA Today. He will receive the votes of at least three Democratic senators. Some radical.

From the moment of his announcement by President Trump to the very last question at his confirmation hearings, Gorsuch has been an exemplary performer, whose deep knowledge has been matched by his winning temperament. The attack on him as an enemy of the little man is based on a few decisions where he clearly followed the law, even though it resulted in an unsympathetic outcome.

Much has been made of a case involving a driver for TransAm Trucking who had pulled over on the side of the road in freezing temperatures and, fearing for his safety, drove off in defiance of a direct order of a supervisor. Days later, he was fired.

The driver, Alfonse Maddin, claimed the company violated a whistleblower protection under federal law. In a dissent from the Tenth Circuit's decision, Gorsuch carefully argued that the statue's protections didn't apply to the trucker, although he stipulated that "it might be fair to ask whether the decision was a wise or kind one."

If Schumer upholds the filibuster against Gorsuch - and it looks like he has the votes - Senate Majority Leader Mitch McConnell will almost certainly exercise the so-called nuclear option eliminating the filibuster for Supreme Court nominations. Schumer portrays this as an act of procedural vandalism against the Senate, although he has no standing as vindicator of Senate tradition.

In short, Democrats are departing from the Senate's longtime practices and excoriating the GOP for responding with a tactic Democrats themselves pioneered. Process questions are always a festival for partisan hypocrisy. This is still a bit much.

Regardless, Ed Whelan of the Ethics and Public Policy Center notes that there isn't much of a rationale for keeping the filibuster for Supreme Court nominees if it has already been eliminated for all other nominations.

Putting all this aside, a Gorsuch filibuster doesn't even serve Schumer's narrow interests, besides placating the left-wing #resistance to Trump demanding it. It would be shrewder for Schumer to keep his options open for a future nominee. If there's another vacancy, perhaps Trump will nominate a lemon, or the Republicans won't be so united, or the higher stakes of a conservative nominee replacing a liberal justice will create a different political environment.

In these circumstances, it's possible to imagine Democrats filibustering and Republicans not managing to stick together to exercise the nuclear option.

Maybe, but now we may never know. Because Chuck Schumer is about to make Senate history - for astonishing short-sightedness.