What must come next in Syria 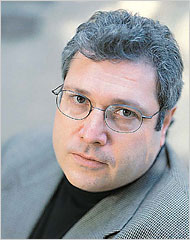 American missile strikes against Syria are a critical first step toward protecting civilians from the threat of chemical weapons, and President Donald Trump deserves credit for doing what the Obama administration refused to do. But Thursday's action needs to be just the opening salvo in a broader campaign not only to protect the Syrian people from the brutality of the Bashar al-Assad regime but also to reverse the downward spiral of U.S. power and influence in the Middle East and throughout the world.

A single missile strike unfortunately cannot undo the damage done by the Obama administration's policies over the past six years.

Trump was not wrong to blame the dire situation in Syria on President Barack Obama. The world would be a different place today if Obama had carried out his threat to attack Syria when Assad crossed the famous "red line" in the summer of 2013. The bad agreement that then-Secretary of State John F. Kerry struck with Russia not only failed to get rid of Syria's stock of chemical weapons and allowed the Assad regime to drop barrel bombs and employ widespread torture against civilian men, women and children. It also invited a full-scale Russian intervention in the fall of 2015, which saved the Assad regime from possible collapse.

Today, thousands of Russian forces operate throughout Syria, and not chiefly against the Islamic State but against the civilian population and the U.S.-backed moderate opposition. Russia has also greatly expanded its military presence in the eastern Mediterranean. The extensive air-defense and anti-ship systems Russia has deployed have nothing to do with counterterrorism - because neither the Islamic State nor al-Qaeda has planes or ships - and everything to do with threatening U.S. and NATO assets.

Obama and Kerry spent four years panting after this partnership, but Russia has been a partner the way the mafia is when it presses in on your sporting goods business. Thanks to Obama's policies, Russia has increasingly supplanted the United States as a major power broker in the region. Even U.S. allies such as Turkey, Egypt and Israel look increasingly to Moscow as a significant regional player. Obama's policies also made possible an unprecedented expansion of Iran's power and influence. Iran has at least 7,000 of its own fighters in Syria, and it leads a coalition of 20,000 foreign fighters, including Iraqis, Afghans and 8,000 Lebanese Hezbollah.

If you add the devastating impact of massive Syrian refugee flows on European democracies, Obama's policies have not only allowed the deaths of almost a half-million Syrians but also have significantly weakened America's global position and the health and coherence of the West. Future historians will have to determine whether Vladimir Putin was emboldened to move in Ukraine by Obama's failure to carry through on his threat in Syria, or whether China felt free to act more aggressively in the South China Sea.

But at the very least U.S. friends and allies in the Middle East and in Eastern and Central Europe have questioned how serious the United States is about countering aggression. Even in East Asia, American allies such as Japan and South Korea were left wondering whether the United States could still be counted on to keep its military commitments. Trump, of course, greatly exacerbated these problems during his campaign, with all the strong rhetoric aimed at allies. Now he has taken an important first step in repairing the damage, but this will not be the end of the story. America's adversaries are not going to be convinced by one missile strike that the United States is back in the business of projecting power to defend its interests and the world order.

The Russians, by suspending an agreement with the United States to coordinate air operations over Syria, are already implicitly threatening to escalate in Syria.

The Iranians are likely to step up their activities and could strike at Americans in Syria and Iraq.

The testing of Trump's resolve actually begins now. If the United States backs down in the face of these challenges, the missile strike, though a worthy action in itself, may end up reinforcing the world's impression that the United States does not have the stomach for confrontation.

Instead of being a one-time event, the missile strike needs to be the opening move in a comprehensive political, diplomatic and military strategy to rebalance the situation in Syria in America's favor. That means reviving some of those proposals that Obama rejected over the past four years: a no-fly zone to protect Syrian civilians, the grounding of the Syrian air force, and the effective arming and training of the moderate opposition, all aimed at an eventual political settlement that can bring the Syrian civil war, and therefore the Assad regime, to an end.

The United States' commitment to such a course will have to be clear enough to deter the Russians from attempting to disrupt it. This in turn will require moving sufficient military assets to the region so that neither Russia nor Iran will be tempted to escalate the conflict to a crisis, and to be sure that American forces will be ready if they do.

It was precisely because Obama and his White House advisers were unwilling to go down that path that they resisted military action of any kind, regardless of the provocation. Let's hope that the Trump administration is prepared for the next move. If it is, then there is a real chance of reversing the course of global retreat that Obama began. A strong U.S. response in Syria would make it clear to the likes of Putin, Xi Jinping, Ayatollah Ali Khamenei and Kim Jong Un that the days of American passivity are over.

Robert Kagan is a senior fellow at the Brookings Institution and a contributing columnist for The Washington Post. He served in the State Department from 1984 to 1988.