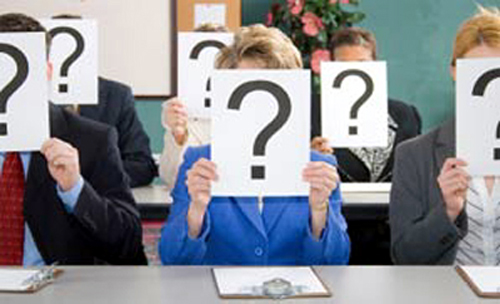 President Donald Trump found himself in unfamiliar territory Friday, generally praised by members of the political and foreign policy establishments but attacked from some quarters of Trump nation for seeming to betray the "America First" pledges that carried him to the White House.

Trump's decision to fire cruise missiles at a Syrian air base in response to Tuesday's chemical weapons attack against civilians won support from some people he had routinely disparaged over the past year, among them Sen. John McCain, R-Ariz., and Senate Minority Leader Charles Schumer, D-N.Y. Hours before the U.S. attacks, Hillary Clinton had urged just such a response.

But some Trump loyalists saw the president as taking a potentially fateful turn away from what had made him so attractive to his anti-establishment, anti-globalist supporters. Radio talk show host Laura Ingraham tweeted, "Missiles flying. [Florida Sen. Marco] Rubio's happy. McCain's ecstatic. Hillary's on board. A complete policy change in 48 hours." Farther out on the nationalist fringe, Paul Joseph Watson, an editor at Infowars.com, tweeted, "It's been fun, lads, but the fun is over." Watson clarified that he was not turning on Trump completely but was off the train with regard to Syria.

There was always a contradiction in Trump's campaign rhetoric on foreign policy. He was the get-tough leader who would "bomb the hell out of ISIS" and portrayed himself as a dramatic contrast to what he called the weak and ineffective leadership of Barack Obama. But he was also the reluctant interventionist and criticized rivals who advocated deeper military involvement in Syria.

In his inaugural address, Trump promised to be president of this country, not the rest of the world. On Thursday night, Trump ended his address announcing the missile strike with the traditional "G0D bless America," and then, after a brief pause, "and the entire world."

What the U.S. strike reveals about the president's foreign policy remains unclear. Was this a one-off action, meant only to tell Syrian President Bashar Assad not to use chemical weapons again? Or could the strike lead to deeper U.S. involvement in Syria, depending on reactions by the Syrian regime, Russia, Iran or Islamic State forces?

Trump's sharp turn in a matter of days was so dramatic and unexpected that it produced whiplash among many foreign policy experts. That he could pivot so quickly is a reminder that Trump is a president without a deeply rooted national security philosophy or worldview, someone who was decisively swayed by the terrible images of dead and dying children that were broadcast around the world after the chemical attack.

Obama had drawn a famous "red line" in Syria in 2012, warning Assad against the use of chemical weapons. His failure to take military action after Syria launched a gas attack in the summer of 2013 marked one of his greatest foreign policy failures and became a symbol of presidential equivocation and weakness.

Notably, Trump was not among those criticizing Obama at the time. Instead, he warned Obama not to take military action, even when chemical weapons had been used. This week, the chemical attack gave Trump an early opportunity to draw a distinction from his predecessor, even if it contradicted the view he stated in 2013.

Among Trump loyalists who had been sharply critical of Obama on this and other issues, the new president's decision to attack was welcomed as a sign of how significantly things have changed. Conservative talk show host Bill Mitchell tweeted that Trump's action "obliterated Obama's eight years of [weakness] in one bold stroke."

But the nervousness within Trump's coalition was also evident, even among those who did not offer outright criticism. Nigel Farage, the former leader of Britain's UK Independence Party and a Trump ally, expressed qualms about what the missile strikes might foretell. "Many Trump voters will be worried about this intervention," he tweeted. "Where will it end?"

Tom Donilon, who was national security adviser in the Obama administration, described the retaliatory strike as "limited and appropriate" and said Trump and his advisers should make it clear that this was about the use of chemical weapons only and not a broader indication of U.S. policy. But he also said Trump's team must now decide on concrete goals for their Syrian policy. "That's up to the president to make that clear to his military leaders," he said.

Jake Sullivan, an Obama administration official who was Clinton's policy adviser during the campaign, said he was struck that Trump, in his statement Thursday night, went beyond the issue of chemical weapons and called on other nations to join the United States to help end "the slaughter and bloodshed in Syria." That, too, marked a big departure from the campaign.

"Those are big questions that require thoughtful and considered responses, and I'm hopeful that the team around him will deliver those," Sullivan said, agreeing that the United States should help lead that effort. "So far, we just haven't seen or heard from Trump anything to suggest how the United States could get involved."

The president is shaped and influenced by what he sees on television. After viewing the horrendous images of suffering and death from the chemical attack, Trump said he had changed his view of Assad - even though similar images existed from the Syrian regime's chemical attack in 2013. It seemed as if the reality of being president had settled in on him in unexpected ways. How might he react if confronted by other horrible cases of non-chemical civilian casualties inflicted by Assad?

Geoff Garin, a Democratic pollster, said short-term reactions to the president's action are likely to focus on his decisiveness rather than the implications for his Syria policy. "But those reactions will be good for about a week, and then after that it really depends on how events unfold in Syria," Garin said. "Voters generally and Trump voters specifically are not eager for a sustained military engagement in Syria. And if the bombing turns out to have produced no apparent result, or draws the U.S. into a more complicated situation, the possibility for blowback against Trump is significant."

Whit Ayres, a Republican pollster, said Trump might be able to bring along his loyalists, even if he takes additional military steps in the Middle East. "If he frames it as a clear effort to promote and protect American interests in a compelling way, then I think a lot of his supporters will follow along," Ayres said. "But he needs to have a compelling rationale and explain it clearly."

Amid the statements of support Friday, some members of Congress asked Trump to seek new congressional authority for use of military force in the Middle East, though when Obama sought that in 2013, he met strong resistance on Capitol Hill.

There was no sign that Trump is prepared to do that, but U.N. Ambassador Nikki Haley said the United States was "prepared to do more" in Syria, leaving open the question of a future role for Congress. That would put the president in a more difficult place politically, not only with the nationalists in his base, who overwhelmingly oppose such a step, but with the broader public.

"If there is a debate about authorization of military force, that starts to change the complexion because it does begin to look like a big, long-term commitment to military forces operating in the Middle East," said Democratic pollster Mark Mellman. "That is not what people want."