The Right to Mind Your Own Business 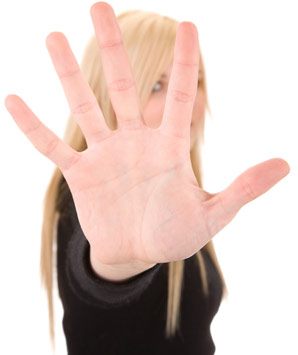 My, how insecure we have become, notwithstanding all our liberty and diversity.

Indiana passed a version of the Religious Freedom Restoration Act, and the righteous indignation industry is in overdrive. Whatever happened to "live and let live"? The ability to go about your business and let others attend to theirs?

The unspoken truth here is that Americans interact every day — including doing business — with people with whom we may not only disagree but whose lifestyles, behaviors or choices we may find personally offensive. Particularly when those choices involve sexual behavior. Even if they're legal.

Most of those interactions do not force us "condone" or "participate" in the behavior itself, or express any opinion about it. If I am a Christian grocer opposed to abortion, for example, does selling groceries to someone who has had one violate my religious beliefs? Of course not.

There is a point, however, at which one is being asked to condone or participate in behavior or choices with which one profoundly disagrees. And our laws are determinedly pushing in that direction. We have moved from calls for the elimination of laws that forbid private conduct to calls for laws that mandate public expressions of approval of private conduct. The evident motivation behind these laws is not the advancement of liberty, per se, but the elimination of widely held — often (though not exclusively) religiously based — views about sexual behavior.

Contraception is one example. In 1965, the U.S. Supreme Court in Griswold v Connecticut struck down laws forbidding the sale of contraceptives. This freed people to purchase and use them if they chose to. But the availability of contraception did not require anyone else to use them, sell them or express support for them.

Fast forward to 2015: The HHS regulations adopted as part of the Affordable Care Act now require that my business provide your contraceptives. And pay for them. And if I object, the debate is no longer whether you have lawful access to them (you do), but how bigoted and backward I am for feeling the way I do about it.

The same can be said of abortion. Legal since 1973, activists are constantly pushing for public funding of abortion (and will certainly push for it under Obamacare). And yet, notwithstanding the legality of abortion for over four decades, ever larger numbers of Americans are opposed to abortion and do not wish to pay for it.

Here comes gay marriage, which has in many places been forced upon an unwilling electorate by judicial fiat. So be it. But the legality of gay unions does not create a legal obligation to participate in those events for others who do not share the same views about the morality of a gay relationship. For the law to say otherwise is to create a host of untenable positions, not in any way limited to homosexual unions.

Abortion is legal. Should a baker be forced to make a cake for a customer who wants to celebrate the anniversary of her abortion? What about doctors and nurses who oppose abortion? Their professions are also service businesses. Shall they be forced to perform abortions against their will?

Divorce is legal (and adultery decriminalized in most states). Shall a florist be compelled under threat of legal sanction to make festive bouquets for clients who want to commemorate their affair and the dates they left their original spouses?

Insufficient attention is being paid to different types of businesses, and the role of rational self-interest inherent in running them. Selling commoditized products is one thing. But professional services and artisanal businesses such as baking and floral arrangements are expressions of personal skill and creativity. Owners of these enterprises often feel that the work they do for a client is an extension of themselves. It stands to reason, therefore, that they might not wish to have their work associated with causes with which they disagree. Even then, most businesses of any type will prefer not to choose between customers on that basis. But some will. And they ought to be left alone. Those who wish to patronize them may do so.

Back when one's sexual conduct was considered private, it wasn't necessary to splatter your choices everywhere and sue people in a desperate cry for public approval. This reticence is now considered a hallmark of "shame," but in retrospect, it looks like simple good manners. Do what you like, but do not insist that everyone else behave as if they approve of your infidelity, your philandering, your abortions or whatever other choices you have personally made.

Would that we could all just mind our own business.