Romney may vote against Trump again --- this time with some bite 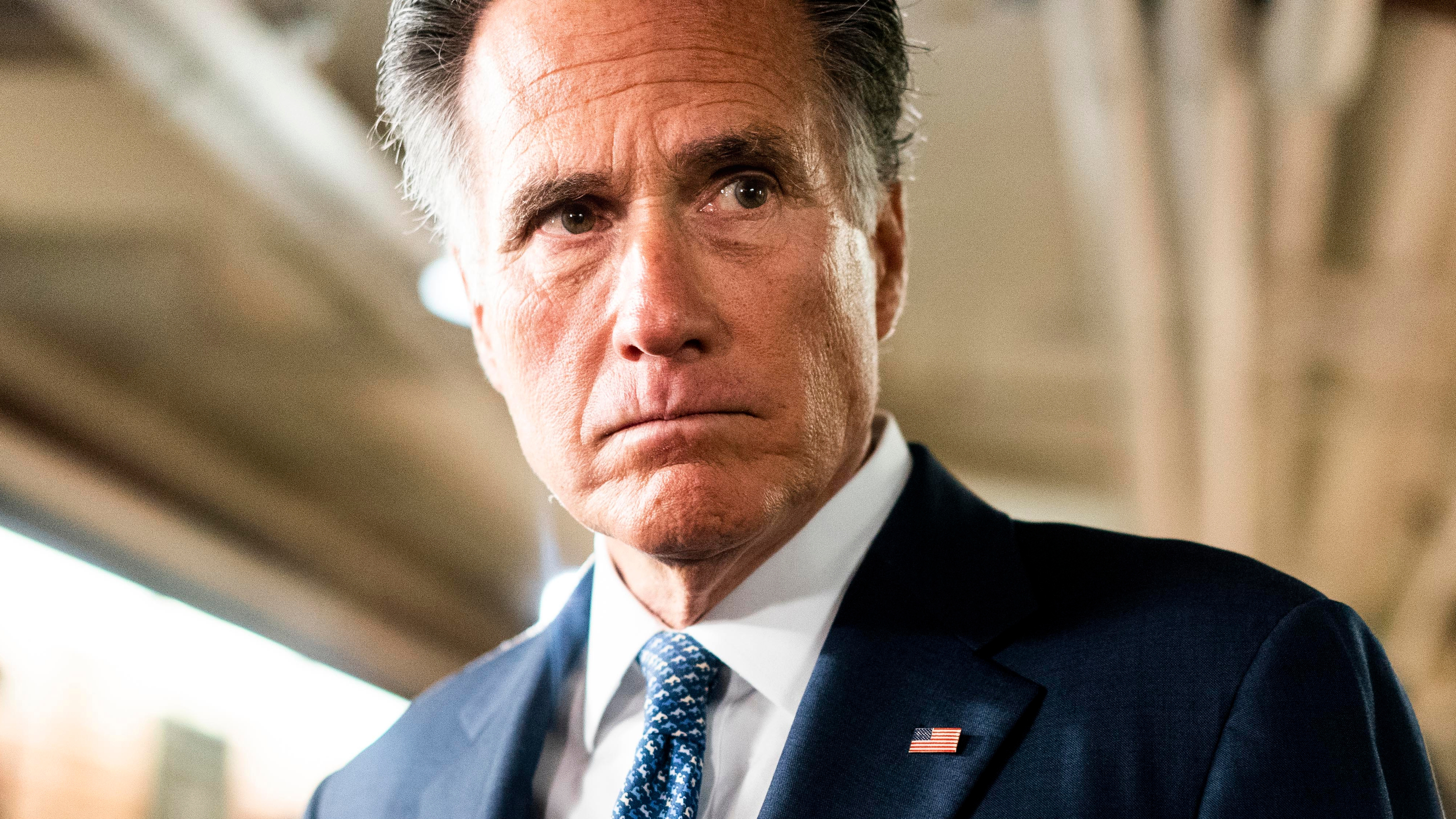 Sen. Mitt Romney became persona non grata in certain parts of the conservative movement last month by becoming the first senator of a president's own party to ever vote to remove him from office.

Now, he could throw another wrench in President Donald Trump's and the GOP's efforts to dig up dirt on Joe and Hunter Biden - this one with more practical impact.

Romney, R-Utah, indicated Thursday that he is skeptical about the need for the Senate Homeland Security Committee to issue a subpoena related to Hunter Biden's work for Burisma Holdings, the Ukrainian energy company.

"I would prefer that investigations are done by an independent, nonpolitical body," Romney told The Washington Post's Mike DeBonis. "There's no question the appearance is not good."

Romney also told reporters that the effort "appears political" and said, "I think people are tired of these kind of political investigations."

While Romney's vote to remove Trump was essentially a symbolic one, that wouldn't be the case in the committee. Republicans have an 8-to-6 majority, meaning Romney's vote, when combined with the six Democrats on the committee, would deadlock it at 7-7 and prevent the subpoena from being issued. (Sen. Rob Portman, R-Ohio, has not committed to voting for the subpoena.)

The chairman of the committee, Sen. Ron Johnson, R-Wis., has set the vote for Wednesday. The subpoena seeks documents from Blue Star, a Democratic public affairs firm, about Hunter Biden's role on the Burisma board.

There has been no evidence produced that Hunter Biden did anything illegal, even as it's generally acknowledged that he was profiting off his father's time as vice president. Trump's initial conspiracy theory about the situation involved the idea that then-Vice President Joe Biden did something corrupt by forcing out a Ukrainian prosecutor who had at one point investigated Burisma. But there are myriad logical flaws in that argument, and during impeachment proceedings Trump's legal team largely shelved it and instead focused on the idea that Hunter Biden had done something wrong.

Johnson indicated that he would pursue the subpoena last week and Sunday, one day after Joe Biden revitalized his presidential campaign with a win in the South Carolina primary. Biden then followed that up with stream of wins on Super Tuesday that put him at the top of the race to become the Democratic nominee.

Trump noted that Democrats had not used the issue against Biden and said that that "wouldn't happen with the Republicans, I can tell you."

"That will be a major issue in the campaign," Trump said. "I will bring that up all the time, because I don't see any way out for them. I don't see how they can answer those questions. I hope they can. I'd actually prefer it that they can't."

Romney preventing a subpoena would be a setback in those efforts. But it would not be all that surprising in the context of his comments about Hunter Biden. When he voted to remove Trump, he indicated that he saw little more than a political effort in the efforts to launch the investigation.

"With regards to Hunter Biden, taking excessive advantage of his father's name is unsavory but also not a crime," Romney said. "Given that in neither the case of the father nor the son was any evidence presented by the president's counsel that a crime had been committed, the president's insistence that they be investigated by the Ukrainians is hard to explain other than as a political pursuit. There is no question in my mind that were their names not Biden, the president would never have done what he did."


But the vote would be notable for one key reason: Romney has come under withering attack from conservatives and from Trump. He was banned from the Conservative Political Action Conference and saw conspiracy theorists try to tie him to Burisma through a former political adviser. Trump promoted those attacks and lodged some of his own, including calling Romney a "disgrace" and a "grandstander." He even criticized Romney for invoking his faith in making his decision on impeachment.

If the whole effort was meant to punish Romney or dissuade him from further acts of disobedience, it doesn't appear to have worked. Trump has had great success in keeping the GOP troops in line, but not so much with Romney. Even though a Hinckley Institute of Politics/KSL poll showed that a majority of Utahns opposed Trump's impeachment, reactions to Romney's vote were more positive than negative. The same poll showed that 60% of Utah Republicans disapproved of the decision, but that's far less blowback than we've seen with other Republicans who have earned Trump's very public ire.

The flip side of going to war with Romney, of course, is that it might not work. And in a closely divided Senate, sometimes you need that vote. Wednesday could drive that home, if Romney votes like he seems to be inclined. He hasn't committed yet, instead saying he would review the available information.