Beto O': Late-term Abortions Are 'About Women Making Their Own Decisions About Their Own Body' 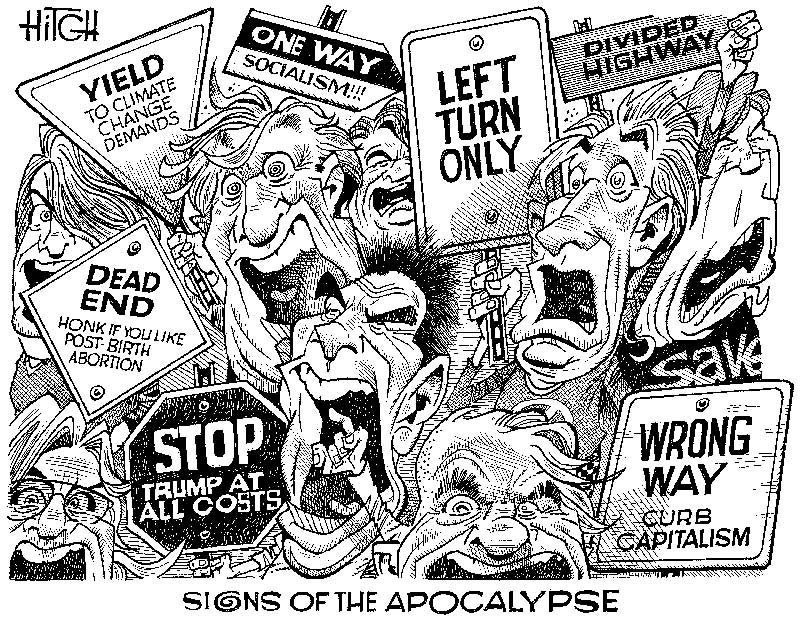 STATE COLLEGE, Pa. — Beto O'Rourke has refused to rule out abortions more than six months into a pregnancy.

Asked by the Washington Examiner about his stance on third-trimester abortions, O'Rourke, who's battling with a crowded field of Democrats vying for the chance to unseat President Trump in 2020, said it is a woman's decision, in consultation with her doctor.

"Listen, I think those decisions are best left to a woman and her doctor," he said. "I know better than to assume anything about a woman's decision, an incredibly difficult decision, when it comes to her reproductive rights."

O'Rourke was being asked to clarify comments he made in Cleveland the night before in response to a woman asking him whether he supports third-trimester abortions. The woman noted that in those cases, the fetus might be viable outside of the womb, and if there were an emergency, doctors could perform a cesarean section.


He answered the woman's question quickly, not addressing the root of the inquiry but simply saying that he supports a woman's right to an abortion.

He told her: "So, the question is about abortion and reproductive rights. And my answer to you is that should be a decision that the woman makes. I trust her."

While 6 in 10 Americans broadly support abortion rights for the first trimester, a Gallup poll from last June said that number drops to 13 percent in the final three months of a pregnancy.

O'Rourke, 46, a former Texas congressman who announced his presidential run March 14, said it was important to visit Pennsylvania, Wisconsin, Michigan and Ohio right out of the gate, an implicit criticism of defeated 2016 Democratic nominee Hillary Clinton, who neglected the Rust Belt and lost all four states.

Clinton was widely panned for ignoring Wisconsin and Michigan until the end of the campaign.

"If we have any hope of winning, and if we have any prospect of delivering, we have to first show up with the humility of acknowledging that," O'Rourke said as he walked along Pollock Road with 20 members of the Penn State College Democrats.

O'Rourke spent a half-hour with the student activists at the Nittany Lion statue, taking questions about college tuition and taking photos with the group.

Donning a white Penn State hat, O'Rourke even learned the finer details of the iconic "We are ... Penn State!" chant that typically echoes out of Beaver Stadium during football season.

O'Rourke represented El Paso, Texas, for six years in the House before challenging incumbent Republican Sen. Ted Cruz for his Senate seat in 2018. Despite the long odds — the last Democrat to win a U.S. Senate seat in Texas was Democratic Sen. Lloyd Bentsen in 1988, when he won re-election for a fourth term — he made it a race, coming within 2.6 percentage points of Cruz.

Of the candidates who have announced or are considering a run, O'Rourke is the youngest. On March 18, he announced that his campaign brought in $6.1 million in the first 24 hours, outraising everyone in the field, including Vermont Sen. Bernie Sanders, who hit $6 million in his first 24 hours.

He broke the fundraising record books last year in Texas, raising over $80 million, more than twice as much as Cruz did.

Charlie Gerow, a Pennsylvania-based Republican media consultant, said O'Rourke was less quixotic than his Democratic critics claim and his Republican rivals wish he was. Gerow said, "Look, he is charismatic in a presidential field vying to show their presidential timber."

O'Rourke was smart to bookend Wisconsin, Michigan, Ohio and Pennsylvania between the traditional early states of Iowa and New Hampshire, Gerow said: "The Rust Belt is going to determine who the next president is and this is ground zero. Right now he is the talk of the town and he has pushed the other Democrats off the front page."

But he added that the only candidate to ever knock everyone off the front pages and stay there for four years is Trump: "Whether O'Rourke can go toe-to-toe with Donald Trump is another story."