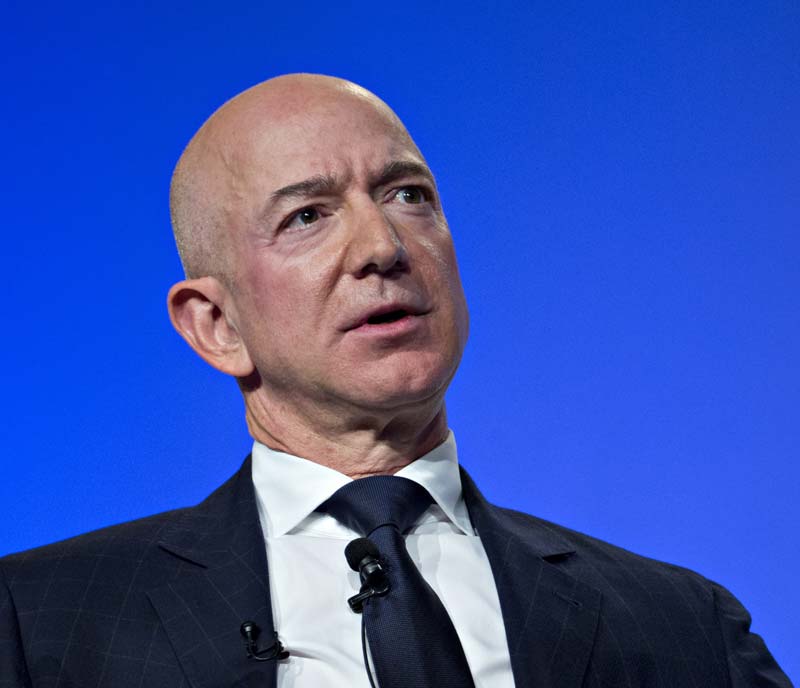 Sometimes stories are simpler than they're made out to be. That appears to be the case with Jeff Bezos.

When the National Enquirer reported that Bezos, the Amazon founder who is the world's richest man, was having an extramarital affair and had sent racy texts, including photos of his penis, to his girlfriend, Bezos assembled a high-priced legal and PR team to mount an aggressive defense.

All of a sudden, sympathetic commentators began suggesting Bezos had been hacked. There was word that a "government entity" had gotten hold of the texts and photos. There was dark speculation of international intrigue, that Saudi Arabia might have used the Enquirer to target Bezos, who owns The Washington Post, in retaliation for the Post's coverage of the murder of the columnist and Saudi regime critic Jamal Khashoggi. And of course, President Trump played some sort of behind-the-scenes role.

Bezos orchestrated it all, using his security consultant to feed information to his newspaper, and also writing a much-discussed personal statement published on Medium.


"This statement that (Bezos) has released tonight is absolutely extraordinary," MSNBC's Lawrence O'Donnell said on Feb. 7, "and I think it is a gigantic moment, actually in this history of our digital communication, which everyone has known has been at risk for quite a while, that any one of us could be hacked. We could have private things revealed through stolen emails, stolen texts, that sort of thing. And here is someone who stands up and says, I'm not going to take it anymore."

"The Saudi connection aspect of the allegation from Jeff Bezos," said CNN's Chris Cuomo, also on Feb. 8. "Bezos says ... that you had (National Enquirer chief David) Pecker go to the White House with a Saudi guy that he was trying to raise money from. The dinner was a reward from the president.

And so on. The Bezos team spun quite a story. But holes quickly appeared in their handiwork.

In early March, The New York Times published a detailed look at how the long-married Bezos came to be involved with his girlfriend, former Los Angeles local news anchor Lauren Sanchez. As the two got together, the paper reported, a smitten Sanchez was not shy about sharing intimate details of the relationship with her friends.

"By last year, they were having an affair," the Times wrote. "Three people in Ms. Sanchez's extended social circle said she was giddy and in love, showing amorous texts to a number of Brentwood and Beverly Hills moms."

Sanchez was, to say the least, not particularly discreet in handling the revealing texts and photos Bezos sent to her. And then there was, in the Times' description, Sanchez's "fame-hungry brother-manager," Michael Sanchez, described as a "loose cannon" and an "incorrigible gossip even in a town full of them."

Now, The Wall Street Journal reports that Michael Sanchez, "a talent agent who has managed television pundits and reality-show judges," has also "long been a source for the Enquirer." And, according to the paper, Michael Sanchez sold the Bezos texts to the Enquirer for $200,000.

Imagine that. Mogul sends deeply private texts to gossipy L.A. girlfriend who has gossipy, fame-hungry brother, and somehow it gets out! No Saudis required.

It is not unusual for men caught sexting with women not their wives to claim they have been hacked, or that their texts have somehow been stolen. Remember that Anthony Weiner tried the same thing. But few have the resources of Jeff Bezos, and few could rely on so many media commentators to spread the story.

At the same time, the Bezos spectacle also attracted the attention of more serious journalists, who found out that the real Bezos story is much simpler than all the Saudi speculation. It is, in fact, an old story, of people acting foolishly in the course of an extramarital affair. All the money in the world couldn't change that.