Bang The Drum Slowly -- And Loudly -- To Anger The Base 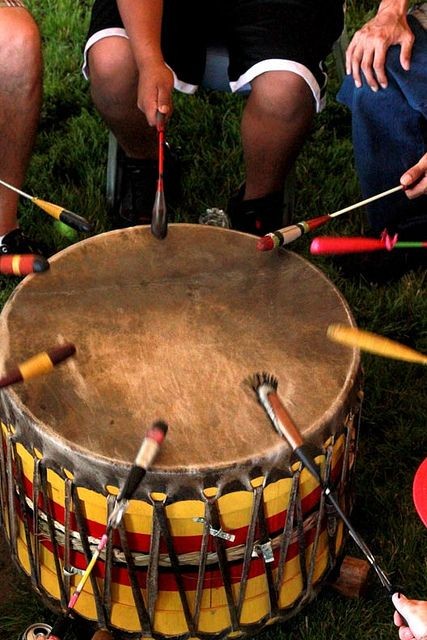 Let's play connect the dots: packing the U.S. Supreme Court . . . lowering the federal voting age to 16 . . . abolishing the Electoral College . . . maybe even changing the rules of the U.S. Senate.

Ways to make Americans more engaged and more confident in their government?

More like: ways for the party out-of-power to remind its base of why it loathes Donald Trump and the system that chose him â€“ and why it should bother to vote for a replacement in 2020.

Let's start with the concept of a revamped High Court (somewhere, Franklin Roosevelt is smiling).

Harris' take: "We are on the verge of a crisis of confidence in the Supreme Court. We have to take this challenge head on, and everything is on the table to do that."

What California's junior senator is also trying to do: remind Democrats that they were denied an Obama-tapped justice in 2016 â€“ a vacancy Trump promptly addressed once installed in office (this would be the ill-fated Merrick Garland, whose denied confirmation makes him something of a martyred saint in Democratic circles).

As for lowering the voting age to 16, House Speaker Nancy Pelosi came out in favor of that concept last week. In her words: "I think it's really important to capture kids when they're in high school, when they're interested in all of this, when they're learning about government, to be able to vote."

You'll notice that Pelosi said "interested" rather than "learning." That's because only one in four U.S. students are proficient in their knowledge of civics, according to the National Assessment of Education Progress (in other words, teens may be more likely to name the five Kardashian fashionistas than they could the first five presidents).

But as far as Pelosi is concerned, ignorance is Democratic bliss. Hillary Clinton carried 55% of the youth vote in 2016 versus 37% for Trump. In 2012, Barrack Obama ran 23 points ahead of Mitt Romney (60%-37%). The more teens who vote, presumably the more the merrier for the next Democratic nominee.

Finally, the Electoral College, which twice has frustrated Democrats in the last five presidential elections (Trump and George W. Bush each losing the popular vote in their first victories).

Warren and South Bend Mayor Pete Buttigieg have called for abolishing the Electoral College, thus turning presidential votes into a pure democratic process rather than a republican system of electors. The idea has been backed up in various intellectual ways, from promoting the concept that the current system discourages all votes from being counted to invoking the ghost of James Madison.

A word about the Electoral College: as trendy as it is in progressive circles to bash the Founders' concept, consider the alternative of a winner by a straight popular vote.

In 2016, Trump trailed Hillary Clinton by nearly 2.865 million votes nationwide (total number of votes cast: 136.452 million). He also won 2,626 counties nationwide, while Clinton won just 487 (here's a sobering graphic of how Republican candidates have collapsed in the nation's most populous counties over the past 30 years).

In California alone, Trump lost by a shade under 4.27 million votes. Add Oregon and Washington State and the gap widens to five million. Toss in New York, New Jersey and Connecticut and the difference surpasses seven million votes. Does this mean a Clinton victory, based solely on popular vote, would have been a national referendum or more a case of coastal bias?

A second concern: voting integrity. Make the popular count the deciding factor and Republicans will scream voter fraud while Democrats scream voter suppression (which Mrs. Clinton has played last and loose with as she continues to work through her post-election catharsis).

Moreover, what about noncitizen voting? It's allowed in San Francisco (for local school board races). What would stop California and other blue states from expanding the privilege to federal elections? If so, would conservative activists go to court to challenge the results? Before you know it, we're back to 2000 and the High Court settling an election â€“ something neither side wants.


Still, the demands for reforming the democratic process continue, including a suggestion that the Senate put an end to the filibuster, which requires a three-fifths majority to advance legislation (Beto O'Rourke is talking up the idea, presumably in advance of a scenario in which a Democratic president and a Democratic House are stymied in the Senate).

Will any of this take place? No. Well, not soon.

Anything involving a constitutional amendment (such as changing the federal vote, which was last altered in 1971) is dead on arrival in this divided Congress. Even if Democrats controlled both chambers, two-thirds approval isn't realistic.

The composition of the Supreme Court isn't written into the Constitution; Congress fiddled with the size of the body several times in the 19th Century before finally arriving at nine justices. But getting any alteration through the Senate takes us back to that pesky filibuster.

Still, this likely won't dissuade Democratic candidates from voicing their outrage. Call it the "bang the drum slowly" strategy. As we enter the baseball season, that's not a reference to the 1973 movie about an ailing catcher, but instead to a determined effort to remind the party's base why it feels the deck is stacked its progressive dreams â€“ from a stolen election, to a stolen Supreme Court seat, to younger voices excluded from the process.

Bang the drum slowly. And loudly.

Even if it always isn't realistic.