Cohen's testimony was embarrassing, but it actually helped clear the president of multiple claims 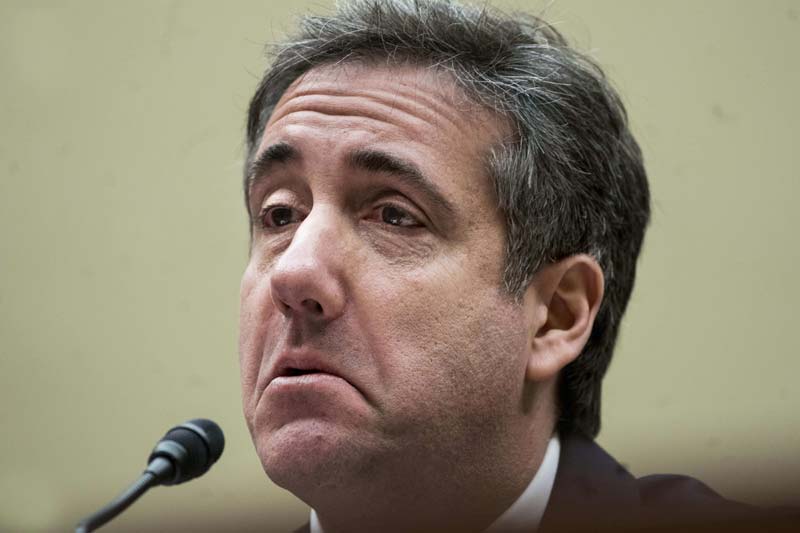 Not long ago, many were speculating that Cohen might have recorded conversations with Trump admitting that he had made payments to Stormy Daniels for political purposes, instructed Cohen to lie to Congress, colluded with Russia or knew in advance about the infamous Trump Tower meeting. It turns out Cohen didn't have anything like that. His testimony was certainly embarrassing for the president, but Cohen offered no evidence to advance the cause of impeachment.

To the contrary, some of his testimony was exculpatory. While Cohen testified that Trump ordered him to pay off Stormy Daniels "as part of a criminal scheme to violate campaign finance laws," elsewhere in his testimony he declared that Trump did not care about winning the election. He said Trump saw the campaign as an "infomercial" for the Trump brand, adding that "He never expected to win the primary. He never expected to win the general election. The campaign -- for him -- was always a marketing opportunity."

Well, if Trump didn't care about winning, that undermines the case that the payments were a campaign finance violation. Indeed, Cohen offered evidence that Trump's motivation was in fact keeping his affair from his wife. "He asked me to pay off an adult film star with whom he had an affair, and to lie to his wife about it," Cohen said. "Lying to the first lady is one of my biggest regrets. ... She did not deserve that." Paying hush money because he did not want his wife to find out he was having an affair with a porn star is sleazy, but it is not a crime.


Cohen also cleared Trump of the charge that he had directed Cohen to lie to Congress about the Moscow Trump Tower project. Cohen declared that "I lied to Congress" and Trump "did not directly tell me to lie." Cohen said he assumed Trump wanted him to lie, so he did what he thought Trump wanted. Sorry, that's not evidence of a crime.

Nor did Cohen provide proof of collusion with Russia. Indeed, he told the committee "I wouldn't use the word 'colluding'" though he thought there was "something odd about the back-and-forth praise with President [Vladimir] Putin." So did many of us. But while saying nice things about the Russian dictator may be evidence of bad judgment, it is not evidence of a criminal conspiracy to collude with Putin to steal the election.

Cohen provided no evidence that Trump knew about the infamous Trump Tower meeting. Last July, CNN breathlessly reported that Cohen had told Mueller that "Trump knew in advance about the June 2016 meeting in Trump Tower in which Russians were expected to offer his campaign dirt on Hillary Clinton" and that "he was present, along with several others, when Trump was informed of the Russians' offer by [Donald] Trump Jr." That's not what Cohen told Congress on Wednesday. He testified he didn't know about the Trump Tower meeting in advance -- he "read all over the media" about it -- but that in retrospect he thought that Trump Jr. might have been telling Trump about the Russia meeting when he walked into Trump's office and whispered into Trump's ear in front of Cohen "the meeting is all set." Big difference.

Cohen testified he was in the room when Roger Stone called Trump and told him that WikiLeaks was going to release emails damaging to Hillary Clinton, and that Trump "responded by stating to the effect of 'wouldn't that be great.'" Trump knowing in advance that WikiLeaks, acting on its own, was going to put out dirt on Clinton is not illegal.


In other words, Cohen's testimony was a dud. That does not exonerate Trump, not by a long shot. The Mueller report is still yet to come, and Cohen testified there were elements of his cooperation with federal prosecutors in the Southern District of New York that he could not discuss.

But we did learn something disturbing at Wednesday's hearing -- how shameless the new Democratic House majority will be in their efforts to undermine the Trump presidency. Democrats scheduled the Cohen hearing on the very same day the president was in Vietnam trying to broker a deal on the denuclearization of the Korean Peninsula. We all had a stake in the president's success. They could have waited one day to avoid creating a distraction during a critical diplomatic moment. But they didn't, because for Democrats it seems that embarrassing Trump is more important than disarming a tyrant.