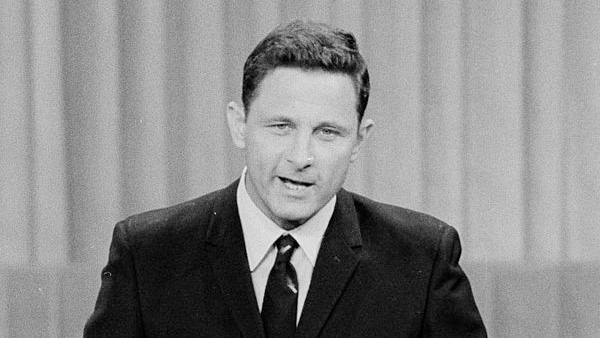 Spot the common thread running through these recent events:

• Last Wednesday, federal prosecutors exposed an alleged fraudulent college-admissions scheme, in which several parents obtained their daughters spots at elite schools that had been intended for varsity female athletes.

• Some 130 members of the House voted last Thursday to lower the federal voting age from 18 to 16. Speaker Nancy Pelosi, D-Calif., voiced her support as well.

That's right: Each of these episodes reflects the legacy of Birch Bayh, the former Democratic senator from Indiana, who died March 14 at age 91.

Bayh was the legislative shepherd of the 25th Amendment, passed by Congress in 1965 and ratified in 1967, which provided for filling a vacancy in the office of vice president and, crucially, for the declaration by Cabinet officials and Congress of a sitting president's incapacity to discharge his duties. Two presidents have temporarily assigned their duties to their vice presidents while undergoing surgery, as per Bayh's amendment.

He was the lead Senate sponsor of Title IX, the 1972 anti-discrimination statute that paved the way for wider women's participation in college sports. And Bayh pushed for the 26th Amendment, which lowered the voting age for all elections, state and federal, to 18. It moved through Congress and the states in a matter of just over three months during 1971.

In short, Bayh wrote crucial ground rules that contemporary Americans take for granted. You could almost call him a founder of the modern United States.

And yet he died an all-but-forgotten man, having lost a bid for the Democratic presidential nomination in 1976 and a campaign for reelection in the Senate in 1980 - to Dan Quayle, later President George H.W. Bush's vice president. Thereafter, Bayh retreated to the world of commissions, think tanks and lawyer-lobbying. His son Evan, a two-term Indiana governor and senator, kept the family name alive in politics.

The lengthy newspaper obituaries that marked Birch Bayh's passing may bring contemporary readers up to date on his legacy but hardly offset the intervening obscurity.

Bayh's career reminds us there was a time, after the assassination of John F. Kennedy, when a wide consensus could form that questions of presidential succession dating back to the murder of President Abraham Lincoln and the stroke that disabled President Woodrow Wilson must at last be answered.

There was a time when the baby boomers were impatient youths - a "movement," they were called - demanding a say in government, and both major parties agreed to grant it. And there was a time when educational opportunities, especially those in colleges and universities, were skewed far, far more lopsidedly in favor of men than they are today.

Above all, there was a time when Congress in general, and the Senate in particular, were functioning legislative bodies, where an ambitious political leader such as Bayh could devote his energy and his talents to devising practical solutions to such issues, including changes to the Constitution itself - and not be wasting his time.

To acknowledge Bayh's seminal role with respect to our contemporary political order is not to assign him sole responsibility. (Many others, including the presidents, Lyndon B. Johnson and Richard M. Nixon, who affixed their signatures to the laws he wrote, played a part.)

Nor is it to suggest that Bayh's reforms were free of unintended consequences, as the aforementioned recent events demonstrate.

The vote for 18-year-olds has not lived up to expectations. "Passage of this amendment will challenge young Americans to accept even more responsibility and show that they will participate," Bayh said on the Senate floor in 1971.

Actually, in every federal election after adoption of the 26th Amendment, young people turned out at a significantly lower rate than other groups. In November 2016, only 39.4 percent of 18-to-24-year-olds voted, as compared with 70.1 percent of those aged 65 to 74, according to the most recent Census Bureau data. (Youth participation probably improved in 2018.)

"Sic transit gloria mundi" - that is one lesson of Bayh's life and death, as it has been of other formerly famous people.

A lesson more specifically applicable to our time, though, is that America has a history of accumulating problems before dealing with them in activist bursts: the New Deal, the Great Society and - perhaps - whatever might be coming after the Trump years.

Much will depend on whether Congress retains any legislative vitality, and whether anyone of Bayh's stripe is still around to make use of it.