'Game of Thrones' fans have been warned: 'You're going to need therapy' 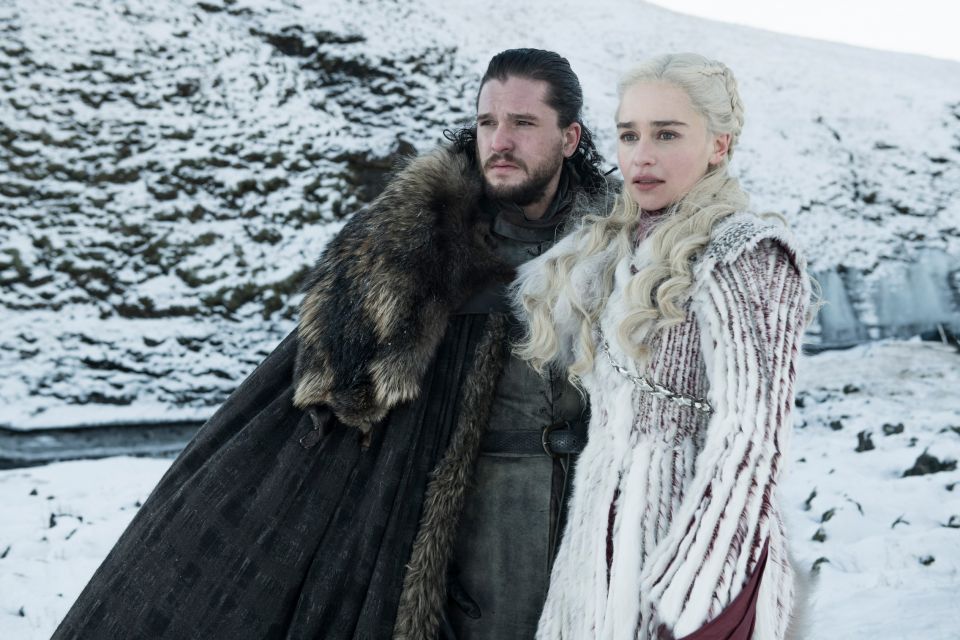 In just a few weeks, millions of people from around the world will be weeping, screaming, pulling out their hair and issuing piteous cries of rage and grief while eating ice cream on the couch.

Because in just a few weeks, series "Game of Thrones," perhaps the most widely watched program on television, will begin its eighth and final season.

And death is coming.

It is expected that many, or most, of the beloved characters will die horrible deaths. It follows logically, then, that many of the 30 million-plus viewers each week on all platforms -- not counting the tens of millions who pirate the show illegally -- will go positively bonkers.

"You're going to need therapy," the striking , who plays the noble lady warrior Brienne of Tarth, told E! News. "I think just the show ending is going to send all of the world into professional help."

Yeah, well, she wasn't just talking to me, was she? Well, was she?

And though a hit show's ending is inevitable, and brings with it a certain sadness, like reaching the last few pages of a good novel, they usually don't end with most of your favorite characters getting slaughtered.

The emotional upheaval has been accelerated by the release of the "Game of Thrones" Season 8 trailer just days ago. Some fans are watching and rewatching it frame by frame, picking out clues so they won't be surprised.

After lost his head, surprises hurt. "Game of Thrones" changed the way TV works. It killed its main character, the noble , who spoke truth to power and ended up with his head on a pike, his death jeered at by illiterate fools watching a play.

May that be a lesson to me.

So pass me a glass of red wine so that I may sip, and smirk, chewing on a truth understood by the old gods and the new:

When you play the game of thrones, you win, or you die.

Before I go any farther let me tell you, THIS COLUMN CONTAINS NO SPOILERS.

But as I sit here, glass in hand, I think of a tasty Cajun lunch I had years ago with , the author of the novels upon which the TV series is based. He told me that idea for The Wall, the 700-foot-tall barrier of ice separating the living and the dead, began in .

Martin was a freshman at in 1967, when the city was hit by a massive snowstorm. Describing it, he sounded rather like "Old Nan" in his stories.

"There was so much snow that winter, you couldn't see, all snow, all ice, and it was so very cold," Martin told me. "It was like the trenches during World War I, but they were trenches of ice. I remember walking through the trenches and the tunnels of ice, the wind blowing so you couldn't even see. It's an experience that never left me."

And here's what "GoT" fans will never forget from Season 8. Characters will die -- and not in their beds, fat, rich and old, their sons groveling over their fortunes.

They'll die alone, terrified in the ice, to be reanimated as blue-eyed zombies in the Night King's army. Or they'll burn. Or they'll be torn apart or stabbed in the kidneys by a loved one. However it is that they go, it won't be pretty.

But if any of them are a fearless girl named , well, watch yourself, . You might want to reconsider. Arya is my favorite.

I'm an experienced journalist, and what I have are a very particular set of skills; skills that make me a nightmare for people like you. Last warning:


Obviously, is correct. We'll all need therapy. And crisis counseling, hugs, perhaps even pharmaceuticals to get through this; not to mention the countless pints of ice cream that will be eaten as we gorge away our anxiety and pain.

Mondays at the office will be intolerable. HR departments will be swamped by a veritable plague of some mysterious illness. Employees will call in, their voices short and choppy, unable to breathe through the sobs. Me too.

I'm not the only one worried about fictional characters. Yes, they are fictional. Yes, they're make-believe. And still we cling to them, meaning, of course, that millions and millions of us may actually be stark-raving mad.

Psychologists will study the madness of this crowd, just as they've studied the madness of other crowds, when series like "The Sopranos" ended abruptly. And clergy may write homilies about what this all means.

Perhaps myth is as powerful as we want it to be, and yearning makes things true, in fantasy and in politics, say a puppet carved of wood that becomes a boy, or a callow political hack with no accomplishments who becomes the empty vessel of a nation's hopes and dreams.

I'll admit, grudgingly, that is not real. She is not the daughter we didn't have, the daughter who would bring me a glass of water when I'm old, the daughter who'd understand that revenge is a dish best served cold, especially in a savory pie, with peas and carrots and other things.

But if she were real, I'd expect her to find Cersei and finish what she started. And she doesn't have much time.