If Seth Moulton -- who? -- were the Dem nominee, a lot of Republicans would have to give him a long, hard look 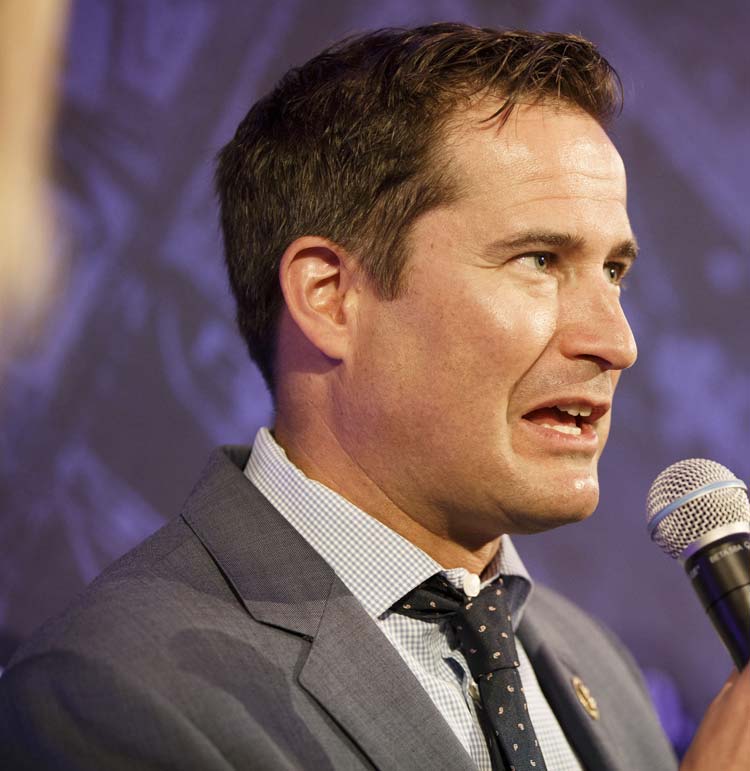 A question for voters who backed Donald Trump over Hillary Clinton in 2016: Would you vote for a Bobby Kennedy-like candidate over Trump in 2020?

The question makes sense only to those familiar either via memory or books with the New York senator and former U.S. attorney general who served in that job under his brother John F. Kennedy (and under Lyndon B. Johnson), and who was assassinated in June 1968. Bobby Kennedy was a tough-as-nails anti-communist, with a reputation for political ruthlessness. He never completely abandoned his attachment to "TailGunner" Joseph McCarthy even after the now-infamous Wisconsin senator and redbaiter had been censured by the Senate and exiled by Dwight D. Eisenhower to the fringes of the Republican Party. Because Bobby Kennedy was fiercely loyal to family and friends. Genuine loyalty - "Stickin'," James Carville calls it - is an undervalued quality in politicians. Voters notice it, though, and admire it.

Bobby Kennedy was also eloquent and deeply religious. He was everything his awful father and appetite-driven brother were not: principled, disciplined, possessed of extraordinary energy and intelligence, and deeply compassionate. He was a reader, a thinker, a lover of poetry. He was "great-souled."

So, Republicans, would you vote for a Democrat like that over Trump?


Three issues pushed "reluctant Trump" voters into the president's column in 2016: national security, the federal judiciary and Clinton's long career of controversy and decades of brawls with the right.

It is unlikely that any Democratic nominee will satisfy any conservative who understands - really understands - the importance and impact of federal judges and thus of judicial selection as an issue in presidential elections. But Trump, with a huge assist from Senate Majority Leader Mitch McConnell, R-Ky., has already infused the federal bench with enough originalist talent to dampen the worst fears - high and heartfelt in 2016 - of a Constitution lost forever to the whims of "living Constitution" enthusiasts, with a Supreme Court and federal appeals courts locked into hard-left majorities for decades ahead. That will not happen now, at least not for the next two decades. Thus the federal judiciary will have cooled for some as an issue in 2020.

National security will not, however, have cooled as a decisive issue for millions in the middle of the political spectrum. The growing obviousness of the superpower competition with China ought to drive the election, for Beijing is everywhere acting boldly in pursuit of a preeminent role again.

Bobby Kennedy would understand that central fact and threat, would campaign on it even as his brother ran a national security campaign - on an illusory "missile gap"- in 1960, would charge right at the president's record on the world stage and Trump's failure to deliver, even remotely, on his oft-repeated promise to move the Navy to 355 ships.

But do today's Democrats have anyone - anyone at all - who is serious about national security? Who is, as Sens. Henry "Scoop" Jackson, John Glenn and Sam Nunn used to be, a voice for a Democratic Party committed to the use of American power abroad to protect national interests and confront threats to the rules-based international order?

Not yet. Don't say "What about former Vice President Joe Biden?" Very few people enjoy the bipartisan credibility of former Defense Secretary Robert Gates, who was pointed in his assessment of Biden's record in his memoir, even as he praised Biden's integrity: "I think he has been wrong on nearly every major foreign policy and national security issue over the past four decades." If you want a replay of the failed Iran deal or a return of appeasement of Cuba and indifference to Venezuela, Biden's your guy. And Bernie Sanders, Kamala D. Harris and the rest are all to his left.

But if Marine Corps veteran - four tours in Iraq and the recipient of a Bronze Star - Rep. Seth Moulton, D-Mass., steps onto the stage, Democratic voters in the primaries will be startled by his seriousness on national security. They should notice he is the perfect challenger to Trump (who is praying for Sanders but will settle for Elizabeth Warren or Harris). There's a lot of "Bobby" in Moulton when it comes to scrappiness. And there are a lot of Republicans who would have to give him a hard look, as they will any Democrat who spends time making the case that he or she won't spend a presidency apologizing for the United States, but defending it.

There is no candidate more qualified to talk persuasively about defending the national interest than one who has actually done just that - defended the country while risking life and limb. Keep an eye on Moulton.