From 'Ghostbusters' to 'Captain Marvel,' culture warriors get box-office results all wrong 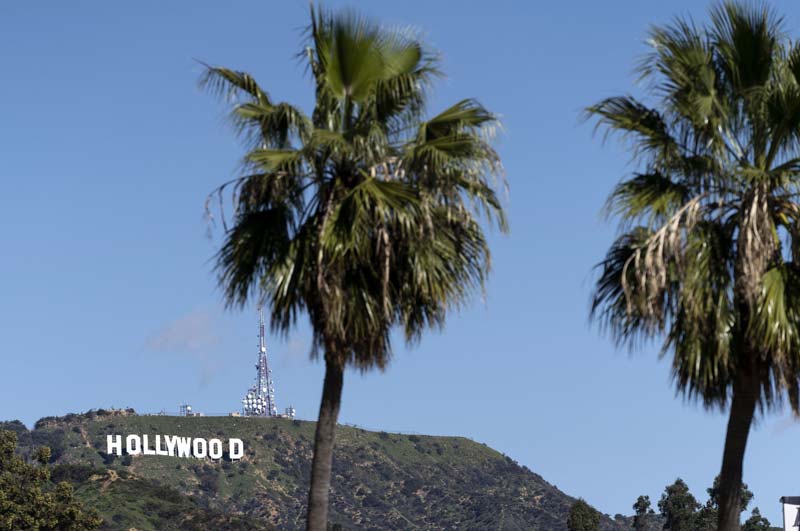 As someone who spends an inordinate amount of time on the website Box Office Mojo, I find it slightly surreal and vaguely annoying to watch every culture warrior with an internet connection pronounce himself an industry analyst and issue sweeping declarations about the impact of a Twitter-verse controversy on a massive blockbuster's bottom line.

I bring this up because of "Captain Marvel," of course. Despite the fact that it is estimated to have grossed about $455 million around the world this weekend, $153 million of which came from the domestic box office, I was confidently informed by a number of people on Twitter that the movie was a disappointment.

I was told this is "basically bombing," as far as a Marvel Cinematic Universe offering goes. Disney and Marvel had included Thursday night previews to falsely inflate the weekend total, the film's critics insisted. Long-range projections had been as high as $180 million domestic, so a $160 million opening (as the initial Friday evening estimates suggested) was bad, actually. Sunday's grosses were down quite a bit from Saturday's, showing weakness of word of mouth.

Each of these supposed data points is wrong. In order: This is the seventh-highest MCU opening and, outside of "Black Panther," the best for a standalone hero's first film. Every movie released these days includes Thursday night previews in the first Friday's box-office grosses and has for years. Long-range tracking is a ballpark figure at best, and even then "Captain Marvel" was right in the middle of the $140 million to $180 million range suggested by Box Office Pro. Sunday is almost always the weakest day on an opening weekend.

But people being wrong on the internet is no great surprise. I asked CNN's Frank Pallotta, who covers this stuff for a living, what cautions he would offer amateur analysts.

"Not every Marvel film needs to make the same amount of money to be a hit. If 'Avengers: Endgame' is the biggest opening in history next month and makes roughly $100 million more in its opening weekend than 'Captain Marvel' did, that doesn't make 'Captain Marvel' any less of a success," Pallotta said in an email.

Correcting all of these misconceptions is an amusing, if pointless, way to spend a weekend. Pointless because no one's actually interested in learning more about how box-office figures work or what constitutes a good opening weekend as opposed to a bad opening weekend. None of these people who are Wrong On The Internet will listen to me if I beg them to read Edward Jay Epstein's "The Hollywood Economist 2.0: The Hidden Financial Reality Behind the Movies." All anyone is looking to do is score a victory in the culture war while using box-office data as a proxy battleground.

It makes some sense, in a weird way. Just as flooding Rotten Tomatoes and IMDB with negative user reviews offers culture warriors "proof" that the movie they hate is bad, box-office numbers provide concrete data to chew over when discussing something as intangible as internet outrage.

Are you mad that an actress said something disparaging about you and your cohort of fans? Are you engineering boycotts and "buycotts" in an effort to ding the bottom line of one film while improving the bottom line of another film? Alternately, are you cheering for a property to succeed in order to prove that all "the haters" are impotent trolls? There's a whole treasure trove of figures to pore over in an effort to prove your point.

All of these efforts confuse correlation and causation. First off, it's a mistake to compare long-range projections with actual results - to suggest that final grosses differing from guesses made months prior to release have a specific message or cause - for all sorts of reasons.

I would suggest further that most Twitter-driven controversies make very little difference when it comes to box-office results, because very few people use Twitter and only a small percentage of those people are tuned into the outrage of the day.

The 2016 reboot of "Ghostbusters" did not fail because people were angry about the gender-swapping of the characters. It failed because it was not a very good movie with a lackluster advertising campaign that made it look like little more than yet another soulless reboot of beloved intellectual property.

But if you hated Paul Feig's "Ghostbusters" - if you found the director dismissive of fans or were annoyed that he and the stars tried to tie the film to Hillary Clinton's presidential campaign - it undoubtedly felt good to note that "Ghostbusters" (2016) grossed less worldwide than "Ghostbusters" (1984) grossed domestically ... without having to adjust for inflation.

Similarly, it must feel good to stick it to all the "manbabies" by celebrating the triumph of "Captain Marvel," a resounding box-office success. There was much football-spiking this weekend as the numbers rolled in. You did it! Your tweets turned the tide! The greatest, most powerful cinematic franchise in the history of the world - a 21-entry, $18-billion-grossing powerhouse the logo of which has more box-office draw than any actor or actress working today - couldn't possibly have seen its latest entry succeed without you manning the digital walls and stanning for a movie that is, at best, free of ideas, and, at worst, actively bad.

In the end, as with most aspects of our ongoing cultural-political death struggle, nothing matters so much as winning. "Winning what?" you might ask. Your guess is as good as mine.

Previously:
• What Trump's fast-food feast and Gillette's woke razor blades have in common
• 'Widows' is an OK heist flick, but an amazing critique of corrupt local politics
• 'Deadpool 2' is funniest when it takes on all sides of our dumb ideological fights
• The endgame of 'The Americans' might come down to a flag
• R. Lee Ermey made 'Full Metal Jacket' a movie that Marines and antiwar protesters could love
• A Quiet Place' isn't just pro-life --- it makes us understand what being pro-life truly means
• Babe's Aziz Ansari piece was a gift to anyone who wants to derail #MeToo
• Parents, please stop turning your kids into viral sensations
• People who want Twitter to clean up its act should be careful what they wish for
• 'Veep' captures the grubbiness of post-presidency greed; Obama should take heed
• The conservative critics the BBC left out of its best movies poll
• Republicans buy movie tickets too, Paul Feig
•
• Toys with disclaimers ---- against social and political commentary. Seriously
• Why conservatives should back plans to make the Oscars more diverse
• With '13 Hours,' Hollywood is finally acknowledging conservative audiences