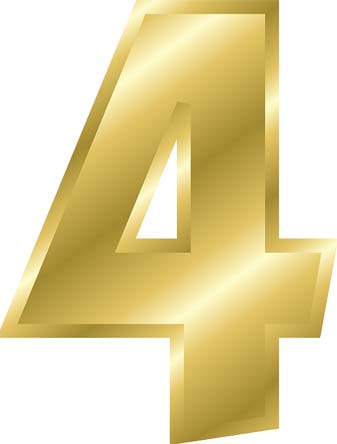 We finally got our first glimpse of special counsel Robert Mueller's final conclusions from his Russia investigation, with Attorney General William Barr summarizing them on Sunday.

Below are the big excerpts, with some analysis.

1. No firm conclusion on obstruction of justice

It became pretty clear on Friday that Mueller would not be charging anyone on the Trump campaign with conspiring with Russia during the 2016 election, given he opted for no more indictments. But that left completely unanswered the question of whether President Donald Trump had committed obstruction of justice.

Perhaps the biggest revelation from the report is that Mueller takes no firm position as to whether Trump committed a crime, instead opting to lay out the evidence and let others make that determination:

"After making a 'thorough factual investigation' into these matters, the Special Counsel considered whether to evaluate the conduct under Department standards governing prosecution and declination decisions but ultimately determined not to make a traditional prosecutorial judgment. The Special Counsel therefore did not draw a conclusion - one way or the other - as to whether the examined conduct constituted obstruction. Instead, for each of the relevant actions investigated, the report sets out evidence on both sides of the question and leaves unresolved what the Special Counsel views as "difficult issues" of law and fact concerning whether the President's actions and intent could be viewed as obstruction. The Special Counsel states that 'while this report does not conclude that the President committed a crime, it also does not exonerate him.'

"The Special Counsel's decision to describe the facts of his obstruction investigation without reaching any legal conclusions leaves it to the Attorney General to determine whether the conduct described in the report constitutes a crime."

That last two sentences are key. Trump allies were quick to hail Friday's developments as exonerating Trump - at least as far as the collusion portion of the investigation went. There was also some thought that Mueller would decide whether Trump had committed obstruction of justice, given that Kenneth Starr made conclusions about 11 impeachable offenses Bill Clinton committed in the 1990s (including obstruction of justice).

But Starr was operating under a different statute, and Mueller has apparently decided it's not his place to make final determinations about actual crimes committed by the president.

He has now left that to Barr, who was nominated by Trump and confirmed two months ago. Barr notably wrote a memo in 2017 arguing that Mueller's obstruction of justice investigation wasn't even warranted in the first place. All eyes are now on the attorney general, along with Congress, which has promised to continuing probing.

As mentioned above, there wasn't much doubt that Mueller had decided there wasn't proof of conspiracy between the Trump campaign and Russia during the 2016 election. But Barr's summary makes it clear:

"The report further explains that a primary consideration for the Special Counsel's investigation was whether any Americans including individuals associated with the Trump campaign - joined the Russian conspiracies to influence the election, which would be a federal crime. The Special Counsel's investigation did not find that the Trump campaign or anyone associated with it conspired or coordinated with Russia in its efforts to influence the 2016 U.S. presidential election. As the report states: 'The investigation did not establish that members of the Trump Campaign conspired or coordinated with the Russian government in its election interference activities.' " ...

"The Special Counsel did not find that the Trump campaign, or anyone associated with it, conspired or coordinated with the Russian government in these efforts, despite multiple offers from Russian-affiliated individuals to assist the Trump campaign."

As opposed to the above, this is something amounting to exoneration. Rather than say the report doesn't make a determination, it says that the nearly two-year investigation "did not establish" collusion. It also, very notably, concluded that the Trump campaign actually declined opportunities to collude when presented with them.

This is still significant because there were indications even in the last couple of months that Mueller was pursuing collusion-related angles. Former Trump campaign Chairman Paul Manafort was found to have lied about sharing polling data with an associate who allegedly had ties to Russian intelligence, for example, and longtime Trump adviser Roger Stone was indicted in relation to his efforts to contact WikiLeaks, which disseminated Democratic emails hacked by Russia.

Some top Democrats, meanwhile, had said before Sunday that they saw convincing evidence of collusion. We will now see whether they still pursue that angle.

The lack of collusion proof appears to have spared Trump a potentially harsher finding on the obstruction of justice portion:

"In making this (obstruction) determination, we noted that the Special Counsel recognized that 'the evidence does not establish that the President was involved in an underlying crime related to Russian election interference,' and that, while not determinative, the absence of such evidence bears upon the President's intent with respect to obstruction. Generally speaking, to obtain and sustain an obstruction conviction, the government would need to prove beyond a reasonable doubt that a person, acting with corrupt intent, engaged in obstructive conduct with a sufficient nexus to a pending or contemplated proceeding. In cataloguing the President's actions, many of which took place in public view, the report identifies no actions that, in our judgment, constitute obstructive conduct, had a nexus to a pending or contemplated proceeding, and were done with corrupt intent, each of which, under the Department's principles of federal prosecution guiding charging decisions, would need to be proven beyond a reasonable doubt to establish an obstruction-of-justice offense."

"Corrupt intent" is a key phrase there, as we've known for some time. Taking actions to block an investigation is one thing; taking them to actually cover up a crime that you know exists is more damning. Given that Mueller didn't conclude the latter, he has determined that it's more difficult to ascertain the former.

In other words, Trump's repeated - and now vindicated - assurances that there was "no collusion" also meant that Mueller wasn't comfortable accusing him of obstruction of justice.

4. There is more to come

Ever since his confirmation hearing, in which Barr indicated that he was restricted from releasing Mueller's entire report, the question has been how much we would find out.

Barr's letter Sunday suggests there is more to come:

"As I have previously stated . . . I am mindful of the public interest in this matter. For that reason, my goal and intent is to release as much of the Special Counsel's report as I can consistent with applicable law, regulations, and Departmental policies.

"Based on my discussions with the Special Counsel and my initial review, it is apparent that the report contains material that is or could be subject to Federal Rule of Criminal Procedure 6(e), which imposes restrictions on the use and disclosure of information relating to "matter(s) occurring before (a) grand jury." Fed. R. Crim. P. 6(e)(2)(B). Rule 6(e) generally limits disclosure of certain grand jury information in a criminal investigation and prosecution. Id. Disclosure of 6(e) material beyond the strict limits set forth in the rule is a crime in certain circumstances, See, e.g., 18 U.S.C. 401(3). This restriction protects the integrity of grand jury proceedings and ensures that the unique and invaluable investigative powers of a grand jury are used strictly for their intended criminal justice function.

"Given these restrictions, the schedule for processing the report depends in part on how quickly the Department can identify the 6(e) material that by law cannot be made public. I have requested the assistance of the Special Counsel in identifying all 6(e) information contained in the report as quickly as possible. Separately, I also must identify any information that could impact other ongoing matters, including those that the Special Counsel has referred to other offices. As soon as that process is complete, I will be in a position to move forward expeditiously in determining what can be released in light of applicable law, regulations, and Departmental policies."

This doesn't really tell us a whole lot, beyond that Barr intends to release more and that his review of what he can release will take some time. But it does suggest significant portions - including those involving grand juries, which Mueller apparently used extensively - will not be part of it.

And the wait continues.