My problem was that I was too nice. Now I realize the downside of being polite 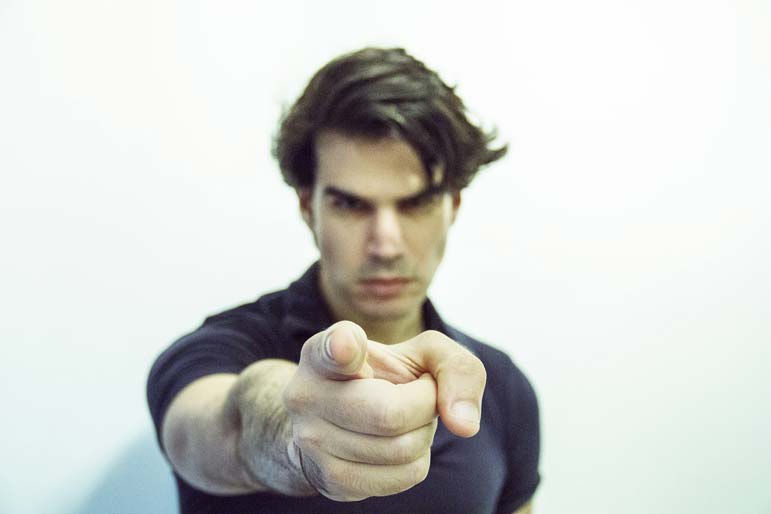 Ryan - a brilliant, enthusiastic young scientist - spent a two-year layover in my neuroscience laboratory between his undergrad studies in Vancouver, B.C., and graduate school on the East Coast. On his last day in California, we sat over drinks, reflecting on his plans for the future. I offered some parting advice and then asked the question I pose to everyone who graduates from my lab: "What could I have done better?"

He hesitated, then replied, "You're too nice."

This was startling, especially coming from a Canadian. (I've omitted Ryan's last name to protect his privacy.)

"Nice" might count as faint praise, but is it really an insult? I asked him to elaborate.

"Well," he said, noticeably uncomfortable, "you're so nice to everyone here that we don't really know what you think about anyone. Some people end up assuming the worst."

Later that night, I realized he was right, though I would use a different term. I was addicted to politeness.

Not everyone shares my addiction. In fact, our culture is in the middle of a politeness shortage. Norms are steadily shredded. The psychologist Steven Pinker claims that modern society is built on a foundation of "civilizing": people's adherence to common decency. If he's right, our house is teetering.

It's easy to long for politeness, but just because Archie Bunker is over for dinner doesn't mean we'd be better off with Miss Manners. Politeness often hurts more than it helps.


For the past dozen years, I've studied empathy: people's ability to share and understand each other's feelings. Empathy is a powerful, ancient engine for kindness. If you flinch when someone else is shocked, you're more likely to step in and help them. If you think deeply about the suffering of homeless people, you're more likely to support policies that protect them.

Empathy also comes in different flavors, including distress - an aversion to seeing others in pain - and concern - a desire to improve their well-being. These pieces of empathy often split apart. Imagine you have a friend about to launch an ill-advised business adventure or to marry someone you know to be unfaithful. Tell him the bad news and he'll feel hurt, but he'll also have information to make wiser choices. Empathetic distress motivates people to avoid causing suffering at all costs. Like the Hippocratic oath, it inspires us to do no harm. But it can also encourage comforting lies over difficult truths.

In one study, college students privately rated a peer's application to graduate school and were told that the writer had suffered a personal tragedy. They then had the chance to re-rate her essay, this time knowing she would see their evaluation. Readers inflated their assessments for the writer's benefit, especially when they empathized with her. Oncologists often avoid using the word "cancer" during diagnoses, replacing it with vague, sanitized language. This might make conversation easier but can also leave patients in the dark. A physician at a neonatal intensive care unit once told me about a family whose child would probably die in the coming weeks. The medical team had never told them this bluntly. "They're such nice people," he said, "and you don't want to tell them such bad news."

This is polite, but not kind. To truly care for people, we often must steer them into hard feelings. Parents teach their kids to be wary around strangers. Therapists encourage phobia patients to confront things that terrify them. This reflects a deeper concern for someone's long-term well-being. Many of us are willing to make family and close friends uncomfortable in the service of helping them but don't extend the same courtesy to colleagues or acquaintances. They could often use it just as much. By protecting my students' feelings too forcefully, I might have been stunting their growth.

If there's one place that politeness seems useful, it's the gulf between Us and Them into which our country has fallen. Political discourse increasingly resembles a live-action YouTube comment section; to claw our way back toward stability, niceness seems like a crucial starting point. In the fall, Supreme Court Justice Neil M. Gorsuch preached the importance of politeness, joining a chorus of similar voices from across the political spectrum. Politicians frequently praise their opponents for mere civility, sometimes obscuring real ideological differences between them.

But especially when one group of people holds power over another, righteous anger is often in order, and politeness can turn into a Band-Aid that stops wounds from healing. In surveys, psychologists asked people from historically low-power communities - black South Africans, Arab Israelis, African Americans and Latino Americans - how many friendly interactions they recently had had with their higher-power counterparts. Individuals who experienced interracial harmony were more tolerant of their peers from other groups. But they also ignored systemic inequality and expressed less support for social change. Niceness papered over oppression, making people less likely to fight it.

In recent years, American prejudice has taken off its mask. Bigots have grown louder and more comfortable, for instance staging white-supremacist rallies around the country last year. Would we really prefer them to bite their tongue in public while quietly working against equality and indoctrinating their children with prejudice? If sunlight is the best disinfectant, politeness casts an unhelpful shadow. Racists, homophobes and xenophobes who air their hatred make for an ugly display, but they also give us a chance to show them how outnumbered they are.

Politeness is too low a bar for discourse. And when we want to help people, we might consider sparing them less. A real friend is the one who tells you when you have spinach in your teeth and doesn't mind your being embarrassed now if it will help you later. Deepening our empathy is hard emotional labor, but with practice we can get better at it, to the benefit of those around us.

I now realize my politeness stemmed from a shallow empathy. I strove to guard others - and probably myself - from pain rather than to enrich us. Ryan was kind enough not to be nice to me, and I'm trying to follow his lead.

My question for this year: Instead of doing no harm, how can I do the most good?

Zaki is an assistant professor in the Department of Psychology at Stanford University.