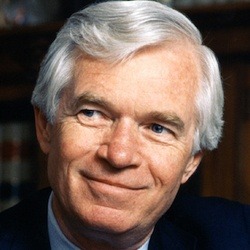 It's been rumored for years he would be stepping down over health issues. Now it's official that Sen. Thad Cochran, R-Miss., will be leaving the Senate after 45 years.

Cochran, 80, who has been battling health problems, announced Monday that he's retiring April 1. Cochran's departure isn't the end of the world for Republicans, but it's not helpful as they fight to keep their slim two-seat majority this November.

Mississippi risks being yet another state where Republicans have to play whack-a-mole to knock down insurgent candidates, who have had a run of it lately. When these candidates win, the best-case scenario for Republicans is they end up being a pain in the neck for party leaders and unreliable votes on big legislation. (See Ted Cruz circa 2013 and the government shut down.)

Worst-case scenario, those untested candidates end up losing winnable seats for Republicans. (See Roy Moore in Alabama.) Moore's loss to Doug Jones even opened up the door for Democrats to take back the Senate this fall.

No one is suggesting that Cochran's seat is in danger of going to a Democrat; Mississippi hasn't elected a Democrat to the Senate in nearly three decades, and Republican Donald Trump easily won it in the 2016 presidential race.

But concern about an insurgent replacing Cochran - who is the chair of the powerful appropriations committee - is real and based on recent precedent.

A state senator and conservative radio host, known for calling Hispanic woman "mamacitas," actually beat Cochran in a 2014 primary. But because neither got a majority, they went to a runoff, where Cochran narrowly won his seat back.

As The Washington Post's Robert Costa wrote during the race, Chris McDaniel "has come to represent everything that establishment Republicans fear about the tea party: He is aggressive, unpredictable and, at times, insensitive - if not offensive - on matters of gender and race."

And now, he's back. McDaniel has announced that he's challenging Sen. Roger Wicker, R-Miss., who is up for re-election in November alongside a special election for Cochran's seat. But because an open seat is exponentially easier to win than knocking out an incumbent, it's possible and even likely McDaniel could switch gears. That opens the door for other potential challengers to Wicker.

Mississippi isn't the only state where Republicans are battling among themselves this midterm election. Sen. Bob Corker, R-Tenn., is retiring, and Republicans' front-runner, Rep. Marsha Blackburn, R-Tenn., will have to beat a half-dozen to a dozen primary challengers to try to take his place in the Senate.

Literally the day Blackburn got in, she dove to the far right - a sign of where the GOP base is now: "I'm politically incorrect, and proud of it," she says in her announcement video. "I know the left calls me a wing-nut, or a knuckle-dragging conservative. And you know what? I say that's all right, bring it on."

Her campaign video was so off the mainstream, Twitter briefly censored it.

Velcroing yourself to the extremes of politics carries with it risk. And Blackburn is living the risk that other candidates vying for voters on the far-right could face: A December Gravis Marketing poll showed the Democratic primary front-runner, former Tennessee Gov. Phil Bredesen, leading Blackburn by 2 percentage points.

That's all happening in Tennessee, a state that hasn't voted for the Democratic nominee for president in 20 years. Given that and Moore's loss in Alabama, it's not impossible to think a McDaniel nomination in Mississippi could put Cochran's seat in danger for Republicans.

On the other side of the nation, the Republican Party's primary problem is much more pressing.

Sen. Dean Heller, R-Nev., is one of the most vulnerable senators of either party up for re-election in November. He's trying to win in a state that went for Democrats up and down the ballot last year, but first he must beat a pro-Trump primary challenger. And there's a crowded GOP primary in Arizona to see who gets to try to replace Sen. Jeff Flake (R).

Some of the GOP intraparty drama may have been de-escalated since former Trump chief strategist Stephen K. Bannon lost his position of power on the right. Bannon, now out of conservative site Breitbart and Trump's inner circle, had threatened to primary almost every Senate incumbent. But Bannon lost credibility when Moore didn't win.

Still, as McDaniel's candidacy in Mississippi shows, there are some factions of the insurgent wing that are alive and well.

Cochran's retirement doesn't immediately ring alarm bells for Republicans the way Moore's loss did. But Republicans are already alarmed after Alabama, and battling among themselves for yet another seat is the last thing they need right now.

Previously:
• 11/21/17 The Intersection of faith, culture, and politics
• 11/06/17 Russia tried to corrupt the 2016 election - could it do the same Tuesday?
• 09/18/17 With their party's future on the line in the states, Dems can't agree on a playbook
• 09/13/17 Are Dems going to regret celebrating their debt limit deal with Trump?
• 08/16/17 Why is the FBI so interested in Paul Manafort that they were literally at his door before dawn?
• 06/05/17 James Comey is jumping into the fire by testifying to Congress about Trump. What's in it for him?
• 05/18/17 About to quit Congress, Chaffetz suddenly becomes face of its Trump investigation
• 05/17/17 President Trump's defenders on Capitol Hill are wavering
• 05/10/17 Senate Republicans hold the key to what happens next with Trump and Russia. Here's an early rundown of where GOP senators stand
• 03/27/17 Trump's First 100 Days: What's next for Trump and Congress
• 03/27/17 Congressman resigns from Freedom Caucus after health-care drama
• 03/22/17 4 takeaways from Neil Gorsuch's highly politicized confirmation hearing
• 03/08/17 The three GOP factions that could doom Republicans' Obamacare replacement bill
• 02/01/17 DEM-olition: How party's antics may leave them losers, again
• 01/16/17 10 times Donald Trump's Cabinet picks directly disputed him
• 01/05/17 Senate Dems want to block Trump's Supreme Court pick. That may be riskier than they think
• 12/23/16 7 hugely important races for governor that GOPers must guard to cement their almost complete control of America
• 11/28/16 Why down-ballot Dems could be in the minority for years to come
• 11/21/16 10 things to know about Sen. Jeff Sessions, Donald Trump's pick for attorney general
• 11/09/16 Democrats are now basically extinct in the South
• 11/07/16 GOP appears poised to hang on to a near-record-high
• 09/29/16 In the 9th inning, Congress ends Obama's perfect veto game
• 09/27/16 Dems are still not favored to take back the House
• 09/09/16 A shortlist of economic issues in which a lib wouldn't feel guilty voting for Trump
• 07/28/16 Terry McAuliffe's TPP gaffe reinforces several narratives Hillary's been trying to dismiss
• 06/15/16 3 things Congress could do in response to the massacre in Orlando (And none involve guns)
• 06/14/16 Marco Rubio sure sounds like he might be prepared to run for reelection, after all
• 06/10/16 History suggests Donald Trump's big, beautiful border wall may not be so outlandish
• 05/26/16 What Bernie Sanders' new endorsements say about his future plans
• 05/11/16 Ted Cruz built a brand on being the most hated man in Washington. Now what?
• 04/20/16 Has Trump finally realized he can't just bulldoze his way to the White House?
• 03/28/16 Do House Dems have a shot at the majority this year?
• 03/14/16 Undersold: Trump would honor Obama's foreign deals (but make them better, of course)
• 02/22/16 The GOP's Supreme Court strategy is dicey. But its potential payoff is massive
• 02/11/16 Who is John Kasich? Five things you should know --- including how to pronounce 'Kasich'
• 12/21/15 Words of caution to temper Ryan's optimism