It's too soon to take North Korea's offer seriously 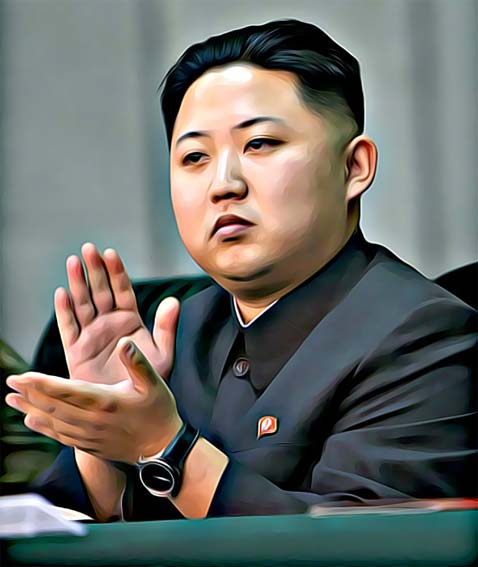 It's tempting to interpret Tuesday's news from Pyongyang with relief and hope. Last November, North Korea's tyrant Kim Jong Un was testing missiles that could reach the continental United States. President Donald Trump was promising "fire and fury." And the world looked on in terror.

Now envoys for South Korean President Moon Jae-in report that the Kim regime is willing to negotiate away its nuclear program in exchange for security guarantees. Eagles fly with doves. Peace demands it be given a chance.

But there is reason for skepticism.

The South Korean side, so far, is the only side that has released a statement. It said that Kim's negotiators "made it clear that it would have no reason to keep nuclear weapons if the military threat to the North was eliminated and its security guaranteed."

"The North Koreans historically have said that security guarantees mean no possibility of nuclear weapons in the South," said Nicholas Eberstadt, a Korea expert at the American Enterprise Institute. "As long as the U.S. is allied with the South, that would be considered a security threat."

Christopher Hill, the former U.S. ambassador who led North Korea negotiations in George W. Bush's second term, made this argument powerfully last June. At the time Hill wrote, "The idea that North Korea will abandon its weapons programs in exchange for the promise of security and regime survival has failed whenever it has been tested."

During Bush's second term, Hill was one of those voices arguing for exactly the kind of negotiations the North appears to welcome. Indeed, Kim's father back then made many similar noises. The U.S. in turn enticed North Korea to negotiations by returning assets it had seized in sanctions and removing the regime from the list of state sponsors of terrorism.

It turned out to be a ruse.


In the end, the North Koreans couldn't agree to a basic verification plan that would prove they had disarmed. As it has always done, Pyongyang pocketed the up-front concessions and used the talks to buy more time.

Context is important here. Consider the interests of the South Koreans. Moon's government has a political imperative to show progress. The South Korean president is under pressure in Seoul from his right flank. Any kind of agreement, no matter how flimsy, would be a political win for a president trying to stave off reforms that would weaken his office. So the source of the report on North Korea is, shall we say, motivated.

For now, the Trump administration looks like it won't be fooled again. Trump himself tweeted Tuesday morning that the announcement counted as "possible progress" or "false hope." A senior administration official told me that in this spirit there were no plans to halt the campaign of increasing sanctions, or maximum pressure, on North Korea and its allies. This official also said a joint military exercise between the U.S. and South Korea was still scheduled for mid-April.

The joint military exercises, which were delayed this year after Kim agreed to send a delegation to the Winter Olympics in PyeongChang, are a test of whether the Kim regime's priority truly is the security of the North. The military maneuvers are preparing for a scenario in which the North invades the South, not the other way around. They are about securing South Korea, not threatening North Korea. If Pyongyang overreacts to these maneuvers, that tells us something.

If the denuclearization talks move forward during and after those joint exercises, then it's possible that Kim's understanding of his national security has evolved. It's a little hard to imagine, given his propensity for aggression and delusion. But that would be the best way to assess the latest offer of nuclear negotiations. Until then, it's best to treat the announcement this week as a ploy to divide Seoul from its most important ally.